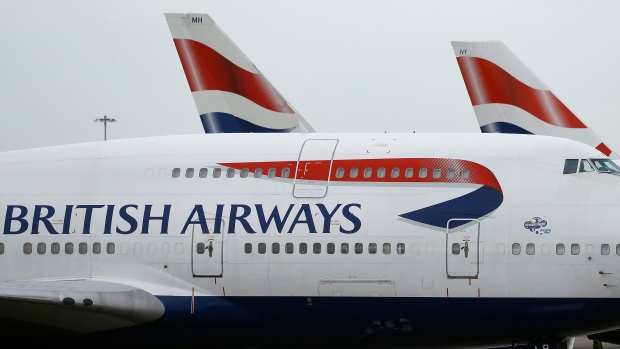 LONDON — British Airways says flights are being disrupted by a "technical issue."

The airline said in a statement that "our teams are working hard to resolve a technical issue which is affecting some of our flights." It didn’t disclose the nature of the issue.

It is the latest in a series of systems failures suffered by the airline in recent years.

In August, an IT glitch caused the cancellation of more than 100 flights and disrupted the travel plans of tens of thousands of passengers. Travelers around the world also were stranded in May 2017 when a global computer failure grounded hundreds of British Airways flights over three days.

British Airways meanwhile suffered strikes this summer that led to the cancellation of almost all its flights for days.

2019-11-20
AtinitoAdmin
Previous Despite CHR’s efforts, some senators still seem unsure of commission’s job
Next Guevarra: Written order banning ‘all forms of vaping’ may be out soon

Trump to sign U.S.-Mexico-Canada trade deal Wednesday; Canada up next

Sunrise Records owner to buy U.S. retailer For Your Entertainment for US$10 million