70% of Pinoys worried over rise of Chinese workers — SWS 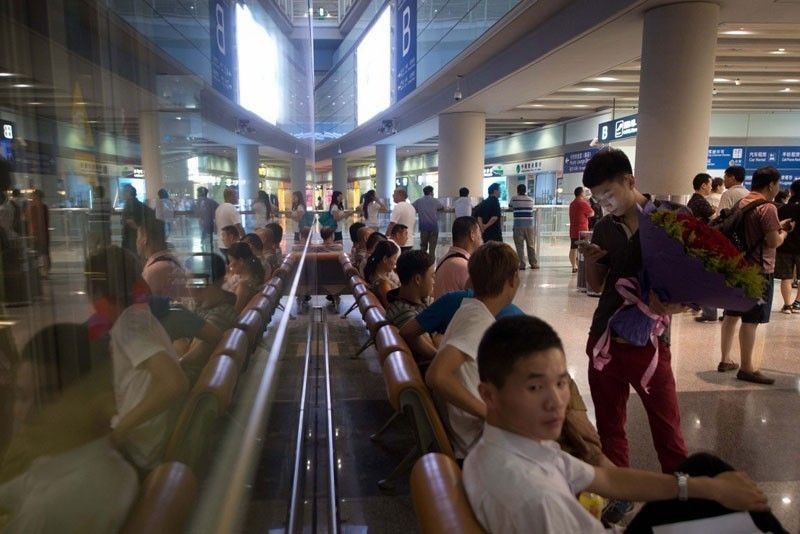 The poll, taken last September and released on Thursday, found 70 percent of Filipinos were “worried” over the increasing presence of Chinese nationals in the workplace.

MANILA, Philippines — Seven in 10 Filipinos expressed concern over the increase of Chinese workers in the country, with some even believing it may be a threat to national security, a survey by the Social Weather Stations (SWS) revealed.

The poll, taken last September and released on Thursday, found 70 percent of Filipinos were “worried” over the increasing presence of Chinese nationals in the workplace.

Of these, 31 percent said they were “worried a great deal” while 39 percent were only “somewhat worried.”

Meanwhile, 19 percent said they were not too worried and 11 percent not at all worried.

The proportion of those who see many Chinese nationals working in the locality was highest in Metro Manila at 43 percent, followed by the Visayas at 37 percent, balance Luzon at 28 percent and Mindanao at 19 percent.

Asked if they think the increasing number of Chinese workers may be a security threat to the country, 27 percent strongly agreed and 25 percent somewhat agreed.

On the other hand, some 14 percent somewhat disagreed and 13 percent strongly disagreed. The remaining 13 percent were undecided.

Most of those who believe it is a threat were from Metro Manila, the pollster said.

In response, Malacañang did not mince words when it claimed the survey could have been slanted to favor critics.

“The Palace is not surprised by the survey result,” presidential spokesman Salvador Panelo said yesterday, at the same time questioning the SWS methodology. “It is a matter of research methodology. We note that the survey question has been slantly phrased as: ‘Gaano po kayo nababahala sa pagdami ng dayuhang Intsik na nagtratrabaho sa Pilipinas (How worried are you about the increasing number of foreign Chinese working here in the Philippines)?’,” he noted.

“Necessarily, the response is logical and expected because the question already assumes that there exists a cause of worry,” Panelo continued.

By the same logic, Panelo argued that those who are opposed to the President’s pivot to China by reason of his independent foreign policy, would put political color and tweak and highlight the result of this survey question for political propaganda purposes.

“Contrary to the result of this survey, the Chinese has seamlessly assimilated in the Filipino way of life for centuries, and we attribute this to the hospitable and inclusive nature of our people,” Panelo said.

Net agreement, that the increasing number of foreign Chinese working in the Philippines is a threat to the country’s overall security, was highest in Metro Manila at a very strong +38 (59 percent agree, 22 percent disagree).

The survey was conducted from Sept. 27 to 30, using face-to-face interviews of 1,800 adults nationwide with a sampling error margin of plus or minus 2.3 percentage points for national percentages.

The Senate had conducted inquiries into the influx of Chinese workers in the Philippines. However, the inquiries have not determined how many Chinese workers had come to the country to live and work since 2016.

“My estimate is that there are 300,000 POGO (Philippine offshore gaming operators) workers, mostly Chinese. Of those, only 100,000 to 120,000 have work permits from the Department of Labor and Employment (DOLE),” Rep. Joey Salceda of Albay disclosed yesterday.

Salceda said those with work permits are employees of the 60 “legal POGOs,” or operators with permits from the Philippine Amusement and Gaming Corp. (Pagcor).

“The others are working for the estimated 100 POGOs operating illegally because they don’t have licenses from Pagcor,” he added.

Salceda, who chairs the House committee on ways and means, has filed a bill to tax offshore gambling operators and their employees.

Currently, POGOs do not pay taxes because the Office of the Solicitor General has issued the opinion that they are not subject to Philippine taxation since they derive their income from customers who place their bets outside the country.

Most POGO companies are Chinese-owned and their clients are mostly Chinese from the mainland, where gambling is banned. That is why their workers are also Chinese.

During a recent House hearing, Pagcor officials admitted that there are at least 100 illegal POGOs but their hands were tied because the operators are not licensed.

The illegal operators are a law enforcement problem, the officials said.

However, Minority Leader Bienvenido Abante Jr. said Pagcor should be able to trace and locate the illegal operators, as the agency is familiar with their business.

“I smell corruption here, if Pagcor officials are not helping or unwilling to help our law enforcers,” he said.

Rep. Enrico Pineda of 1-Pacman, who chairs the House committee on labor and employment, has different data on POGO workers.

He has told the same House hearing that the 60 POGOs licensed by Pagcor employ 160,000 personnel, mostly Chinese nationals.

“Of these, only 10,000 are registered with the Bureau of Internal Revenue (BIR) and have been issued tax identification numbers (TINs), while the 150,000 do not have have TINs,” he said.

He added that his information came from no less than DOLE Secretary Silvestre Bello lll.