Evacuees in shelters climb up to nearly 40,000 amid Taal unrest — NDRRMC 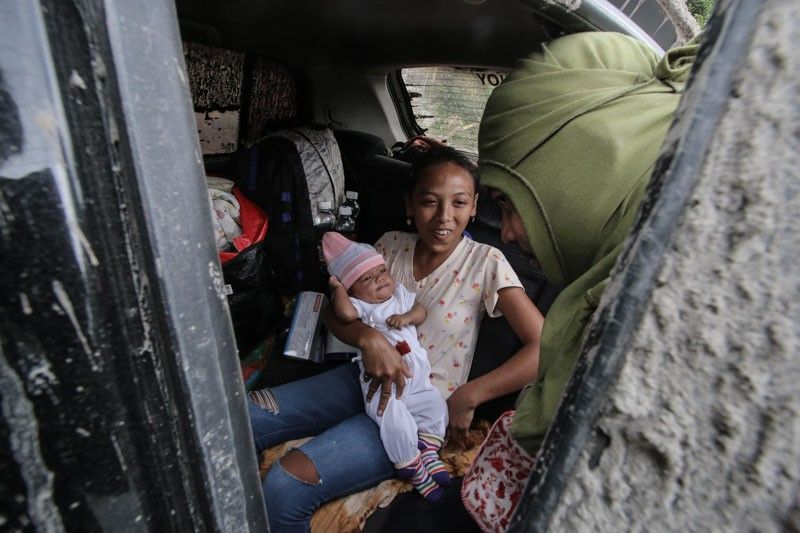 A mother and her baby are given ride by a military personnel using his personal car.

According to the latest NDRRMC bulletin, a total of 8,896 families—38,203 persons—were also seeking shelter in 198 evacuation centers.

Related Stories
LIST: Where you can donate for Taal Volcano relief efforts
NDRRMC: 30,400 affected by Taal unrest so far
Metro Manila’s air quality gets better after Taal ashfall
In Photos: Over 20,000 children among those evacuated amid Taal unrest

This, as the provinces of Batangas and Cavite reel from a collective P74,549,400 worth of damage to agriculture.

These statistics showed a steady rise from the figures reported earlier: 6,891 affected families—around 30,423 people—to go with 4,175 families, or a total of 18,187 people, in evacuation centers.

Other categories reflected an uptick, too; a total of 260 cities and municipalities declared class suspensions now over the previously reported 184.

The NDRRMC's operations center has also been on red alert status since Sunday, which indicates that all disaster officials are required to report to work 24/7.

The UN Office for the Coordination of Humanitarian Affairs in a report said that there were around 459,300 living in the danger zone.

Among the evacuees who were living in the danger zone around Taal Volcano were an estimated 21,000 children, humanitarian group Save the Children Philippines said.

Batangas police director Col. Edwin Quilates said the psychological first aid is being given to …