Revealing documentary on Imelda Marcos to premiere at CCP 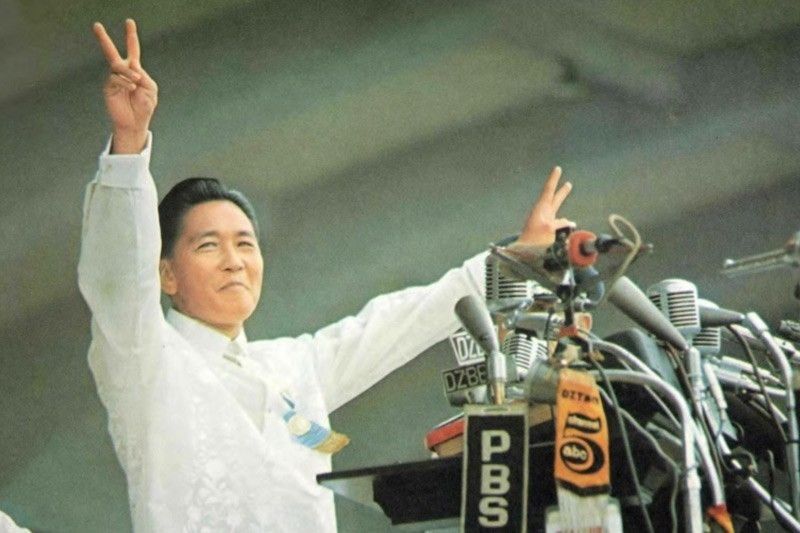 MANILA, Philippines — Just a day after hosting a dinner for its founding chairman Imelda Marcos, the Cultural Center of the Philippines announced that it would be premiering "The Kingmaker," a full-length documentary chronicling the political comeback of the wife of late dictator Ferdinand Marcos.

Of the documentary, director Lauren Greenfield said she was "astonished that [Marcos] had managed to re-enter Philippine politics after being ousted by a popular uprising."

"I began filming her and discovered that, at age 85, she remained a skilled 'political animal,' as her son Bongbong describes her," the director said in her artist’s statement.

The late dictator Ferdinand established the CCP through Executive Order No. 30 s. 1966.

After the 1986 EDSA revolution toppled the Marcos regime, the cultural center was said to have undergone a period of Filipinization.

"The CCP re-invented itself to become a people’s art center. Filipino works were given priority, while outreach programs and regional artmaking became one of the main focuses," the CCP said of this period.

"The CCP has always been a platform for artistic expressions and rational conversations. We are presenting a documentary tackling an issue that we are concerned about, as a Filipino people," CPP Vice President and Artistic Director Chris Millado said.

Millado in the statement also attempted to distance the center from its extensive history of dealings with the Marcos family, whose matriarch was its initial patron.

“We can’t deny the relations of the center with the Marcoses, but CCP has moved on to become a People’s Art Center,” said Millado.

Despite this pronouncement, though, Millado's announcement comes just a day after a dinner for Imelda hosted by the cultural center went viral on social media.

While we're all just trying to keep our head above water given the #TaalEruption2020, the CCP is hosting a fancy sit-down dinner as we speak, using taxpayers' funds. For who you ask? Why, the Marcoses of course! #BlockMarcospic.twitter.com/RYHZzG7z80

CCP hosting a dinner for Imelda Marcos while the nation faces a horrible crisis. Only the poor are most affected and their lives amount to nothing so who's complaining right? Fuck Filipino culture.

Amnesty International has reported that the Marcos dictatorship was marked by wanton human rights violations, where 34,000 were tortured and 3,240 killed.

NewsLab: 31 years of amnesia: Stories on the myths that made Marcos

The country was left with a $26 billion debt in the years after Marcos' ouster from office, the effects of which still continue to be felt today.

A report by the UP School of Economics published in May of 1986 said, “The foreign debt incurred by the old regime is one of the biggest obstacles to Philippine economic recovery."

The Marcos family has not acknowledged any of their crimes and even asserts that history has unfairly antagonized them.

This, despite a signed Republic Act explicitly acknowledging the mass human rights violations that occurred under the Marcos regime, as well as seven counts of graft held against Imelda.

The Kingmaker's Philippine premiere is slated for January 29, 2020 at the Tanghalang Aurelio Tolentino of the CCP building in Pasay. The feature will be screened at 3 pm and 7:30 pm. Tickets may be purchased at the CCP Box Office or via TicketWorld.

2020-01-15
AtinitoAdmin
Previous He didn’t pay his phone bill for 5 years. No one noticed. Now he owes Telus $5,000
Next DOJ charges Albayalde, 12 others over ‘ninja cops’ controversy