Breaking News
Home / Business / The American Dream is much easier to achieve in Canada, report finds

The American Dream is much easier to achieve in Canada, report finds 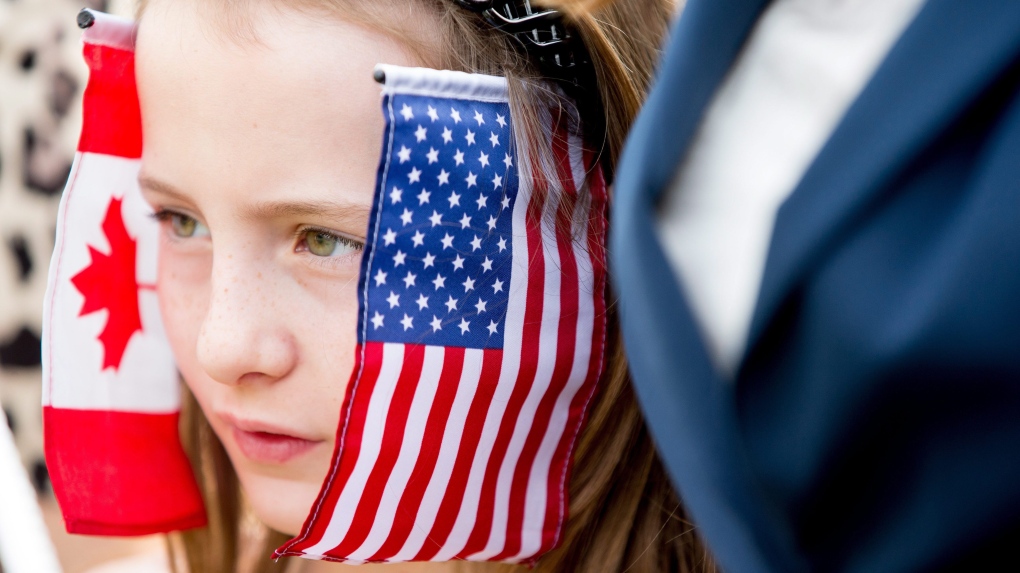 A girl in the audience wears Canadian and American flags in her hair before then-U.S. president Barack Obama greets Prime Minister Justin Trudeau on the South Lawn of the White House in Washington, Thursday, March 10, 2016. (AP Photo/Andrew Harnik)

If you’re born in the United States, having wealthy parents matters a great deal to your chances of success, according to a new report.

That’s according to the World Economic Forum’s Global Social Mobility Index, which ranks 82 countries on their citizens’ ability to fulfill their potential regardless of their socio-economic background.

The report was published Monday to coincide with the start of the World Economic Forum in Davos, Switzerland, where global income inequality is a recurring theme.

"The headline finding of the report is that most economies are failing to provide the conditions in which their citizens can thrive, often by a large margin," the World Economic Forum said in a statement Monday.

"As a result, an individual’s opportunities in life remain tethered to their socio-economic status at birth, entrenching historical inequalities," the statement added.

As it stands right now, in the U.S., it takesfive generations for a low-income family to reach median income, but that number could change. This statistic is better than it is inGermany and France, but worse than it is in Canada, Australia and Denmark, which has the best social mobility score overall.

In Denmark, a child born into poverty has a similar likelihood of earning a high income in adulthood as a child born into a rich family, according to the report. This is thanks to a combination of widespread access to high quality education, good work opportunities and conditions, and a robust social safety net.

Germany and France rank much better than the United States on social protection and have fairer wages, which lifts those countries’overall social mobility ranking.

The report finds that wage disparities have grown "exponentially" since the 1970s. The top 1 per cent of income earners in the U.S. earned 158 per cent more in 2018 than they did in 1979,while the bottom 90 per cent of earnersin the U.S.grew their wages just 24 per cent over that timeperiod.

"This means those individuals experience a double advantage in both social and financial capital," the report said.

Governments should implement policies to address wealth concentration, such as making personal income tax more progressive and rebalancing the sources of taxation, according to the report.

It also recommends improving the quality of education and promoting skills development throughout an individual’s working life. Helping workers to transition into different types jobs in the context of technological change is a further proposal.

Businesses should hire based on merit while paying fair wages and investing in upskilling their employees, the report said.

Inequality weakens a country’s social fabric and erodes trust in institutions, according to Klaus Scwhab, the founder and executive chairman of the World Economic Forum.

"The response by business and government must include a concerted effort to create new pathways to socioeconomic mobility, ensuring everyone has fair opportunities for success," Schwab said in a statement.