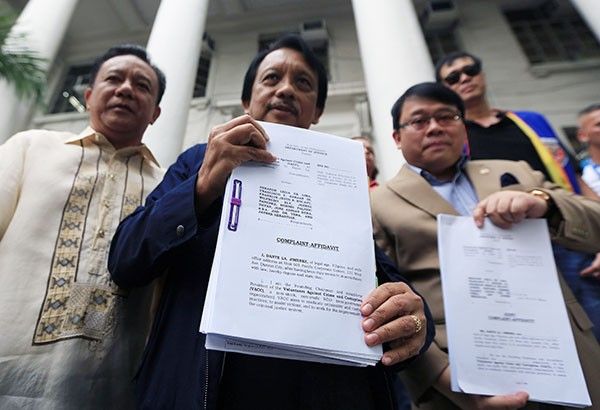 Jimenez, chairperson of the Presidential Anti-Corruption Commission, was appointed to the ICAD on February 21, according to a list of new presidential appointees released Friday.

Before assuming the leadership of the anti-corruption body, Jimenez was the founding chair of the pro-administration Volunteers Against Crime and Corruption.

ICAD, created through Executive Order 15, is a multi-agency panel that is mandated to oversee and synchronize government efforts to combat the proliferation of illegal drugs in the Philippines.

The order designates the Philippine Drug Enforcement Agency as chair of the committee. It does not state a co-chairperson position.

Robredo, who vowed to end “senseless” killings in the government’s campaign on illegal narcotics, led the ICAD for 18 days in November 2019.

She was sacked by Duterte after saying he could not trust the vice president with classified information. The chief executive took issue with Robredo meeting drug experts from the US embassy and the United Nations.

A Social Weather Stations survey released in January said almost half of Filipinos believe the sacking of Robredo was an admission by the Duterte administration that its internationally condemned initiative was failing.

Police said just over 5,500 alleged drug dealers and users who fought back have been killed during arrest. But the figure is significantly lower than the estimates by human rights watchdogs of as many as 27,000 killed.

The prosecutor of the International Criminal Court said she seeks to finalize the preliminary examination into the country’s war on drugs in 2020.