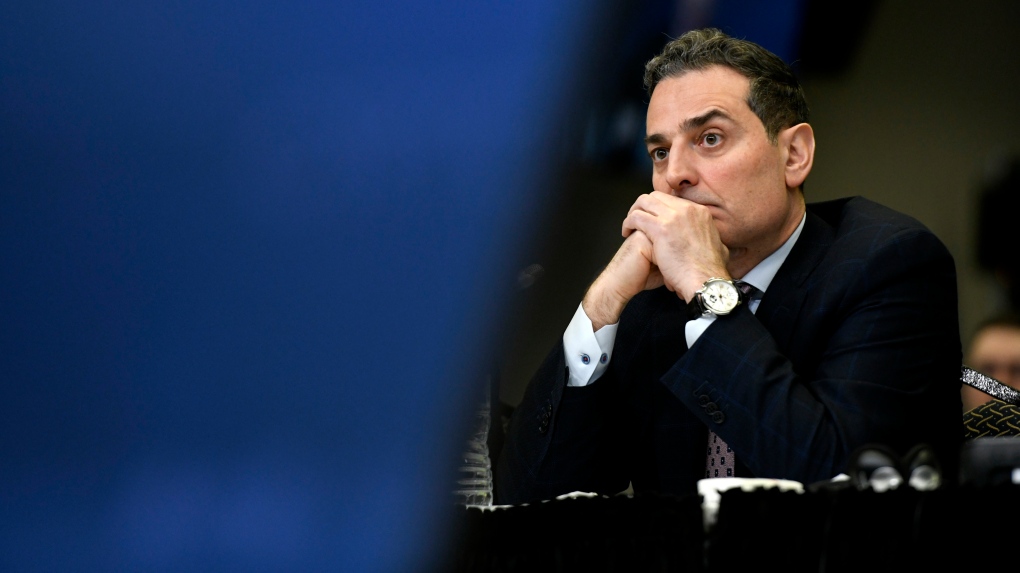 OTTAWA — Canadian consumers won’t get better deals on wireless data if mobile virtual network operators are introduced into an already competitive market, but such a move would slow an ongoing major upgrade to the national communication backbone, Bell Canada and Bell Mobility executives testified Wednesday.

Speaking at the second day of public hearings before the Canadian Radio-television and Telecommunications Commission in Gatineau, Que., Bell Canada chief executive Mirko Bibic said any form of MVNO mandate would an "aggressive" regulatory intervention.

"Those are two fundamental things for the next generation of the Canadian economy," Bibic said.

"We should not be taking risks with the pace and extent of 5G deployment in Canada."

The CRTC departed from its usual approach of preferring "facilities-based" networks when its said last year that it was in favour of mandated MVNO access to the national networks owned by Bell, Telus and Rogers.

Historically, successive Liberal and Conservative governments and the CRTC have favoured facilities-based network operators because they build and operate most of the country’s telecom infrastructure.

Bibic, and other Bell executives who flanked him at the CRTC hearing, said Canada’s wireless market is more competitive than it has ever been.

"Clearly the evidence shows that over a relatively short . . . period of time, prices in Canada are declining rapidly and there’s more and more value being delivered. … And, I say, now’s not the right time (for MVNOs)."

Although Bell and its rivals seldom refer to each other by name in public discussions, Bibic’s team was lavish with its praise of the progress of Quebecor’s Videotron — a cable company that entered the wireless market about 10 years ago.

"I think we have to give credit to the work that Videotron has done," said Claire Gillies, president of Bell Mobility.

She said Bell had to adapt its pricing strategy in Quebec as Videotron became a "bigger competitive threat for us."

Quebec has some of Canada’s most competitive pricing.

"Quebec is a great example of where a regional carrier has really risen to the occasion. . . . They now contribute nearly one-third of all the net (subscriber) additions in Canada.

"They have their feet firmly on the ground and have made us better."

Bell also credited to Freedom Mobile — the wireless arm of Calgary-based Shaw Communications — for its introduction of the Big Gig plan in 2017. Big Gig features large amounts of data without additional fees for going over monthly limits.

CRTC vice-chair Christianne Laizner asked Bell why the Big Three carriers began to offer "unlimited" mobile plans last summer, suggesting they had been accused of doing so to avoid having MVNOs added to their list of competitors.

Robert Malcolmson, Bell’s chief regulatory officer, said the introduction of unlimited plans "had nothing to do with the regulatory proceedings."

"It was one of many responses to what’s increasingly a competitive marketplace," Malcolmson said.

"That’s indicative of the level of competitive intensity we see. And it’s benefitting consumers."

Bell Mobility was the first of the Big Three national carriers to testify at nine days of CRTC hearings. A delegation from Telus is scheduled to appear Thursday and Rogers will appear next week.

On Tuesday, delegations from both the Canadian government’s Competition Bureau and Shaw Communications said the introduction of MVNOs would making it harder for the country’s regional carriers to compete with the three national carriers — which already account for about 90 per cent of the wireless market.

"It called into question many of our assumptions, and caused changes to our auction plans, including pulling back on ambitions to expand into new markets," English testified Tuesday.

This report by The Canadian Press was first published Feb. 19, 2020.

2020-02-18
AtinitoAdmin
Previous New U.S. citizen Neil Young posts open letter to Donald Trump: ‘You are a disgrace to my country’
Next 2020 Palaui Island Travel Guide: Explore the Mystical Island of the North