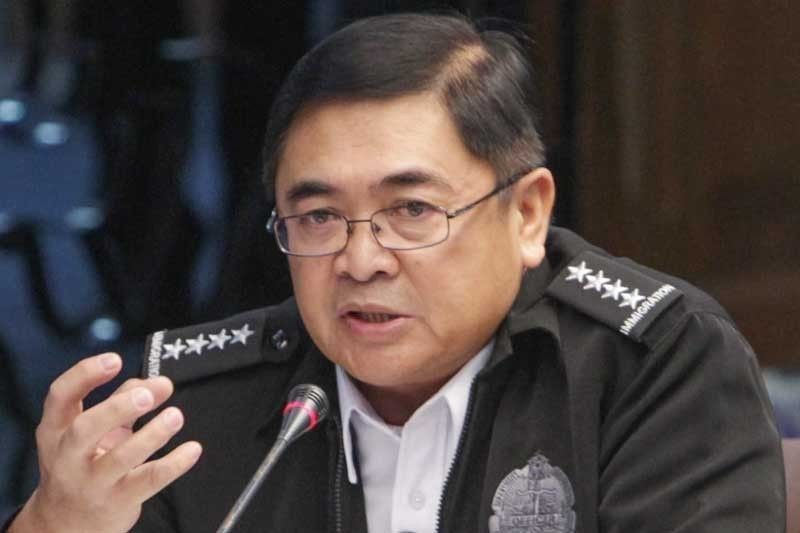 Duterte, however, said BI chief Jaime Morente would not be sacked.

MANILA, Philippines — The head of the Bureau of Immigration on Saturday said it welcomes measures being taken to remove its personnel involved in corrupt and unethical practices, offering cooperation with "any impartial probe and lifestyle check to be conducted by authorities."

President Rodrigo Duterte on Thursday ordered the termination of all 19 BI officials and employees allegedly connected to the so-called "pastillas" scheme, where Immigration officers are bribed by Chinese nationals to ease their entry into the country.

“I am very disappointed with the unauthorized activities of some personnel who continue to commit irregularities despite our determined efforts to get rid of the culture of corruption in the Bureau since 2016,” Commissioner Jaime Morente said in a Saturday statement.

“We have placed all of the accused in the Administrative holding office and have canceled all their privileges. We shall observe due process as we bring the accused to the court of justice. This incident and the corresponding consequences should serve as a strong warning and reminder to others not to engage in any unethical practices.”

New protocols against illegal activities include secondary inspection in open areas and the installation of additional CCTV cameras in all areas of the primary inspectors.

RELATED:Immigration to look into 'pastillas' scheme

“The Bureau and its personnel have been tested by various issues in the last few years, and despite these trials, we have remained steadfast, strong in our adherence to the values of patriotism, integrity, and professionalism. Once again, let us focus on doing our job and doing it well,” the commissioner said.

Morente was exempted from the president's relief order due to their previous affiliation.

"Yesterday, I terminated all [except] Morente…Morente, I love him because he became my police chief here (Davao). He is kind,” Duterte said in a Thursday speech in Davao City.