Palace: Letting ABS-CBN operate with expired franchise could be questioned in court 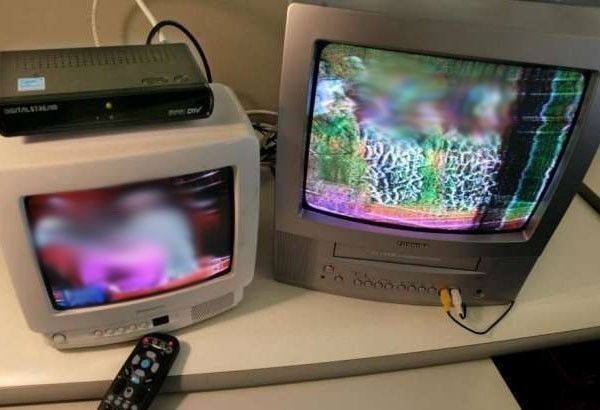 Lawmakers, including Senate President Vicente Sotto III, have said ABS-CBN will still be able to operate while bills to renew its franchise are pending.

MANILA, Philippines — The practice of allowing a network to operate even after its franchise has expired is "questionable," Malacañang said Thursday, as it called on Congress to do its job in relation to the bills seeking the renewal of the franchise of television network ABS-CBN.

Presidential spokesman Salvador Panelo said problems may arise if somebody questions the practice before the court.

"According to them (lawmakers), there has been a practice of extending the franchise. But the legality of that would be questionable. If somebody questions that before the Supreme Court, there would be a problem," Panelo said at a press briefing.

READ:ABS-CBN may operate until 2022 — lawmaker

"But what is important is, the president said, they should do something about it. Meaning to say, do their job. If there is a pending application before Congress, then members of Congress should deliberate on it and decide whether or not to grant or to deny the extension," he added.

The franchise of ABS-CBN is set to expire on March 30. The Lopez-led network is facing an uncertain fate as the House of Representatives, which is dominated by allies of President Duterte, has yet to hold a hearing on bills renewing its franchise.

Duterte, who has accused ABS-CBN of biased reporting and swindling, has vowed to see to it that the network would be "out." Officials, however, have claimed that the president does not interfere in the job of Congress and that his remark was just an expression of his "personal displeasure" with the network.

Earlier this month, Senate President Vicente Sotto III said ABS-CBN may still operate after March 30 as long as there are pending bills seeking to renew its franchise. Sotto has said the network's franchise would be "deemed extended" and would only be terminated if the 18th Congress adjourns in 2022 without passing a franchise renewal bill.

Sotto's view was not shared by some of his colleagues, including Senate Minority Franklin Drilon, who believes that ABS-CBN cannot be allowed to operate after the expiration of its franchise.

Panelo claimed Duterte has nothing to do with the inaction on the ABS-CBN franchise renewal bill.

"Because if you noticed commentaries tend to blame him for the impasse and he said, 'I don’t have anything to do with it. They should know my character by this time. I do not interfere with their work. Any utterance that I made before the public in relation to ABS-CBN is in connection with what I experienced with them during the elections. They cannot deny me of that,'" Panelo said.

"That issue is in the hands of Congress and he has nothing to do with it; do their work!"

Next move up to SolGen

Asked whether the government would question moves to allow ABS-CBN to operate after March 30, Panelo said it would be up to Solicitor General Jose Calida to decide on the matter.

"If he (Solicitor General) feels that there is any violation on any law, then he should do his job," Panelo said.

"I didn’t say there seems to be a violation. There is doubt of whether that is legal or not. Now, whether or not SolGen will initiate an action, you will have to ask him. That is his territory," he added.

The Office of the Solicitor General (OSG) has asked the Supreme Court to revoke the legislative franchises of ABS-CBN Corp. and its subsidiary ABS-CBN Convergence, Inc. saying the network was engaged in "highly abusive practices."

OSG has accused ABS-CBN of going beyond the scope of its franchise by broadcasting for a fee and of violating the constitution by allowing foreign investors to take part in the ownership of a Philippine media entity.

ABS-CBN has denied violating the law, saying all its broadcast offerings have received the necessary government and regulatory approvals and are not prohibited by its franchise.

The network has also claimed that ABS-CBN Holdings’ Philippine Deposit Receipts were evaluated and approved by the Securities and Exchange Commission and the Philippine Stock Exchange prior to its public offering.

Journalists groups and human rights advocates have expressed support for ABS-CBN and have criticized the Duterte administration for allegedly trying to silence media outlets critical of the government.