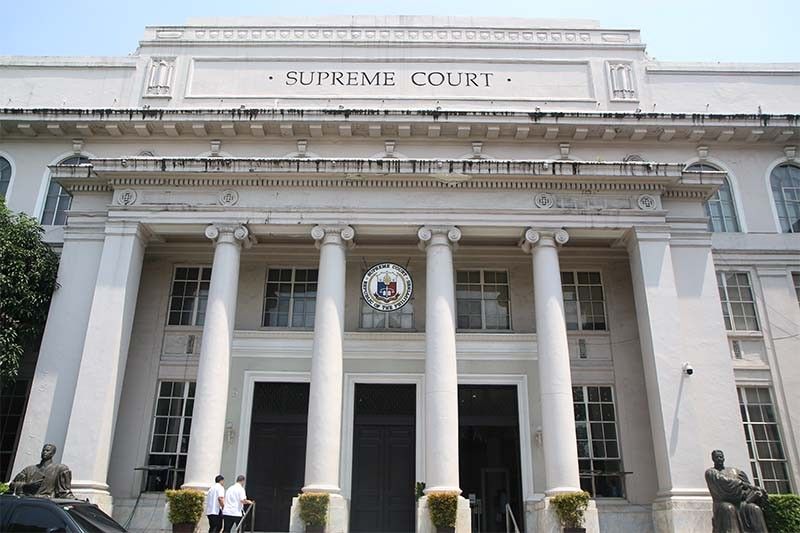 MANILA, Philippines — Following the “physical closure” of courts nationwide amid the COVID-19 pandemic, the Supreme Court allowed the online conduct of filing of cases and posting of bail.

Chief Justice Diosado Peralta on Tuesday issued Administrative Order 33-2020 addressed to litigants, judges and personnel of the first and second level courts and the members of the Bar on the conduct of online filing of complaint or information (charge sheet) and posting of bail.

This step will “[reduce] the necessity of the judge and court staff to physically travel to their stations,” the order read.

Peralta said that criminal complaints and Information or charge sheets may be filed through email to the first or second level court. This will be referred to the judge on duty.

Within three days from the filing of the complaint, the judge on duty will evaluate the case and may choose to dismiss it if evidence on record fails to establish probable cause.

A warrant or commitment order may be issued if the judge finds probable cause.

“In case of doubt on the existence of probable cause, the Judge on duty may order the prosecutor to submit, through electronic transmission, additional evidence within 3 days from notice and the issue must be resolved by the court within ten days from filing of the complaint or Information,” the order read.

Requirements for the posting of bail may also be electronically transmitted to the court. The judge will examine the documents and “if complete and compliant, shall sign the approval of the bail and the consequent release order.”

The judge may also opt to “reduce the amount of bail initially fixed,” upon motion of the accused and comment of the prosecution.

The Office of the Court Administrator, meanwhile, is ordered to “identify and inform the respective courts of the available accredited sureties which may, whenever necessary, promptly issue the appropriate bail bonds during this public health emergency period.”

The judge shall then electronically transmit the approval of bail and issuance of a release order to the executive judge. These will be transmitted within the same day to the law enforcement authority or detention facility.

“The electronically transmitted approval of bail and release order by the Executive Judge shall be sufficient to cause the release of the accused,” Peralta added.

The executive judge is directed to submit a weekly report of the data and information of the court’s activities related to the circular to the Office of the Court Administrator.

OCA will also submit a regular report or recommendation to the court en banc for proper monitoring. It is also ordered to craft guidelines within three days from Tuesday for the implementation of the circular, the day the circular will take effect.

“Unless otherwise directed, this procedure shall be in effect only during this duration of public health emergency declared by the president in accordance with existing law,” Peralta also said. — Kristine Joy Patag

2020-03-30
AtinitoAdmin
Share
Previous Women with Disabilities Day passes with women, PWDs still facing hurdles in access and mobility
Next Coronavirus: What’s happening in Canada and around the world Tuesday