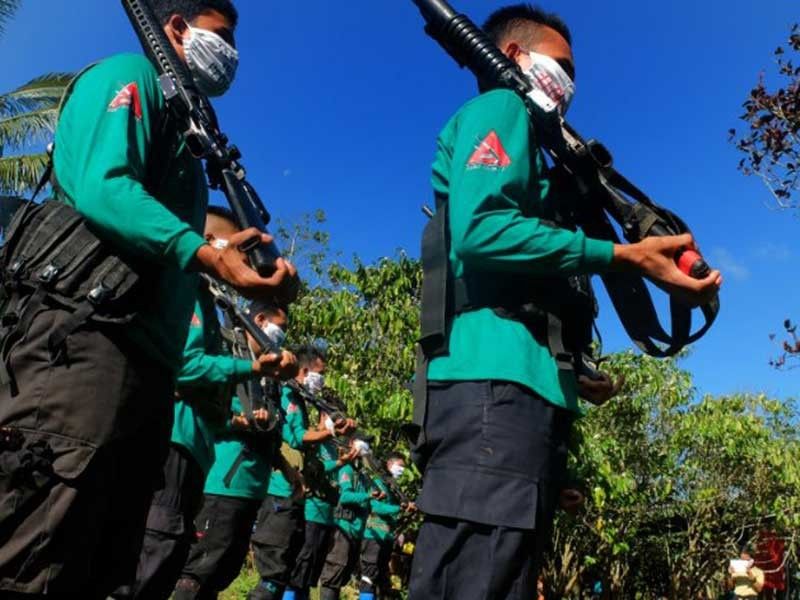 MANILA, Philippines—The Communist Party of the Philippines has extended the unilateral ceasefire with government forces until April 30 to “prioritize” the fight against the COVID-19 pandemic.

In a statement Thursday, CPP said it ordered the New People’s Army to “continue to desist and cease from carrying out offensive military actions” against the Armed Forces of the Philippines, Philippine National Police and other armed groups of the Government of the Republic of the Philippines.

The ceasefire order will remain effective until 11:59 p.m. of April 30.

CPP’s Central Committee said that the ceasefire “is to ensure quick and unimpeded support to all people requiring urgent medical, health and socioeconomic assistance in the face of the public emergency over the COVID-19 pandemic.”

“During the ceasefire period, all NPA units must strictly limit themselves to active defense operations which shall be carried out only in the face of imminent danger and actual armed attacks by the enemy forces,” the statement further read.

President Rodrigo Duterte earlier declared a unilateral truce with the communists until April 15.

In a public address in March, Duterte said: “If you really want that we will be at all times on talking terms, in this time of crisis, kindly cooperate and help. It will be better f you help first. I will repay you with a good heart in the coming days.”

CPP later declared a nationwide ceasefire from March 26 until April 15, as a “gesture towards national unity and based on humanitarian principles in the context of the serious public emergency.”

In its latest statement, the CPP also reiterated its call for the “urgent release” of political prisoners and a declaration of a general amnesty.

A group of 22 inmates has called on the Supreme Court to allow them temporary release amid the COVID-19 outbreak in the country.

The SC is set to meet in an en banc session on Friday where the Justices will reportedly tackle the inmates’ petition.

CPP also “expressed desire for the resumption of [National Democratic Front of the Philippines]-GRP peace negotiations.”

Duterte scrapped the peace talks between the government and the communists in 2017 after the rebels launched successive offensives against the military and the police.

But on December 5 last year, the president said he is sending Labor Secretary Silvestre Bello III to the Netherlands to talk to CPP founding chairman Jose Maria Sison, now chief political consultant to the National Democratic Front of the Philippines, in what the chief executive called his "last card" for the effort to revive the botched negotiations between the government and the communists.

Duterte also invited Sison to return to the country for a one-on-one talk on the resumption of peace talks last January. — Kristine Joy Patag