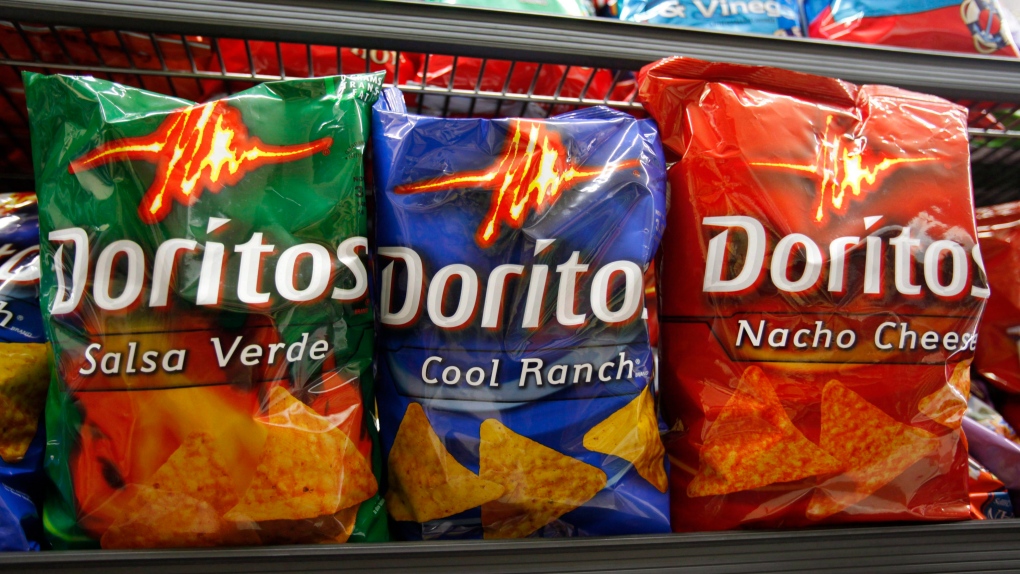 Doritos chips are shown on display at a grocery store in Palo Alto, Calif., Wednesday, Oct. 6, 2010. THE CANADIAN PRESS/AP-/Paul Sakuma

TORONTO — By mid-May, Twitter was awash with comments from Canadians asking the same question.

Where are all the Cool Ranch Doritos?

Jo Jo Ludlow from London, Ont. lamented that she’d been to four stores in search of the flavoured tortilla chips and her husband was “losing his mind.”

Brandon Johner from B.C. said he’d visited seven stores in his city after experiencing a craving for the popular snack.

Bryan Matthew Wilson, from Hamilton, Ont., surveyed his fellow Twitter users in an attempt to find out if anyone else was struggling to find the chips like him.

“Does anyone have cool ranch Doritos for sale near you? Stores around here have mysteriously run out and all have nacho cheese in its place on the shelf. Is cool ranch that popular or are they not getting ingredients in time? I really really want some cool ranch,” he wrote.

The “mysterious” disappearance of Cool Ranch Doritos from store shelves was solved by PepsiCo Foods Canada, which manufactures the chips, when it replied to some of their customers’ tweets.

“We have simplified our production to best meet the current overall demand. Because of this, we have temporarily paused the production of this snack. We know that’s disappointing, but rest assured, our plans are to start back production as soon as possible,” the company wrote in several responses.

“Doritos Cool Ranch chips are back!” the tweet read with an additional disclaimer announcing the chips would be reappearing on stores shelves in Western Canada and Ontario over the next week and back in stock in Quebec and Atlantic Canada towards the end of June.

So why did the seemingly mega-popular snack ever vanish from store shelves in the first place?

According to Ian Adler, chief marketing officer at PepsiCo Foods Canada, it was because they weren’t quite popular enough.

As COVID-19 spread and Canadians confined themselves at home in mid-March, the food and beverage manufacturer noticed a sudden uptick in demand for their chips, particularly Doritos.

“The world changed very quickly for all of us,” Adler told CTVNews.ca during a telephone interview on Friday. “We saw demand in stores that was higher than we would normally see at that time of the year.”

To keep up with the growing demand and ensure its employees in the manufacturing plants and delivery teams were safe, Adler said the company decided to simplify its operations by temporarily pausing production of less-popular products.

Cool Ranch Doritos ranked fourth out of the seven flavours so production of it and the other bottom three varieties was temporarily halted.

And while Cool Ranch Doritos ranked fourth nationally, Adler said there were some regional differences. Ontarians, in particular, have a penchant for the flavour with it ranking third in that province.

They were also the most vocal when the chips became scarcer in stores over the past two months.

“We probably had about 400 inquiries about ‘Where is Cool Ranch? Where can I buy it?’ and half of those came from consumers living in Ontario,” Adler recalled. “We knew with this vision that we would be hearing from consumers.”

The feedback didn’t fall on deaf ears and Ontarians and customers out West have already begun to see Cool Ranch Doritos return to store shelves.

Adler said PepsiCo Food Canada plans to restore its full assortment of products soon. The company has even been able to bring back its limited-edition Doritos Ketchup chips in response to popular demand.

PepsiCo Food Canada wasn’t the only company that had to adjust its product offerings when the coronavirus hit, according to Food and Consumer Products of Canada (FCPC).

Michael Graydon, the CEO of FCPC, said manufacturers saw massive increases of sales of their primary items, particularly those with long shelf lives, at the end of March.

“In some cases, some of the categories spiked as high as a 500 per cent increase year over year in regards to volume,” he told CTVNews.ca during a telephone interview on Friday. “So any inventories that existed got wiped out pretty quick in that last two weeks of March.”

Because of the sudden demand for certain items, Graydon said companies adapted by offering fewer secondary flavours and packaging sizes so they could focus on keeping up with demand for the more popular items.

For example, Graydon said cookie manufacturers halted production of their single-use cookie packages – intended for lunch boxes – because schools were closed. Instead, they focused on their most popular regular-sized products.

While some consumers may have been upset to see production of certain flavours of items paused, Graydon said manufacturers were just responding to demand.

“Fundamentally, the consumer voted with their choice at the beginning because there was such high draw off of what I would classify as the more traditional flavours,” he said.

As for whether companies will choose to permanently eliminate underperforming flavours or packages to simplify their operations and increase the output of their most popular products, Graydon said some may be looking into it, but he doubts decisions have been made.

“I think there are some considerations the pandemic has created… but people like innovation and new flavours and new packaging and that’s what keeps the category interesting,” he said.

In Ontario and Western Canada, you can find a bag over the next week. In Quebec and the Atlantic, we’ll be back in stock towards the end of June. Some flavours will remain limited while we work to meet demand. Stay tuned for updates. pic.twitter.com/c7y5f1VcuC

More countries waking up to Huawei threats, US says

Pattie Lovett-Reid: With interest rates staying lower for longer, what does this mean for you?