Are the times a-changin’ once again?

Looking to see which way the wind blows? You don’t need a weatherman, pare. You could look outside your window, where the Anti-Terror Bill is preparing to settle down on Filipinos like an alien mothership, right in the middle of a COVID crisis.

Or, if you’re like me, you could look to American television, which tells us to harken back to the 1970s, when plenty of winds were a-blowin’. Two recent streaming series — Mrs. America and Laurel Canyon — portray that era of bellbottoms and Watergate as a hotbed of societal change. And — surprise! — it all feels a little like the desire for expression vs. repression that people are starting to recognize once again in these bad old days.

In the US, protests spread across cities following the death of a black man under the knee of Minneapolis police — an African-American suspected of passing a counterfeit $20 bill, for God’s sake. Tip to all rogue cops out there: viral videos change a lot of minds fast. From angry, often-violent street protests that included burning and some outlier looting, the outcry has now morphed into nationwide peaceful marches, converging in Washington, DC, where a certain Chief Executive resides. 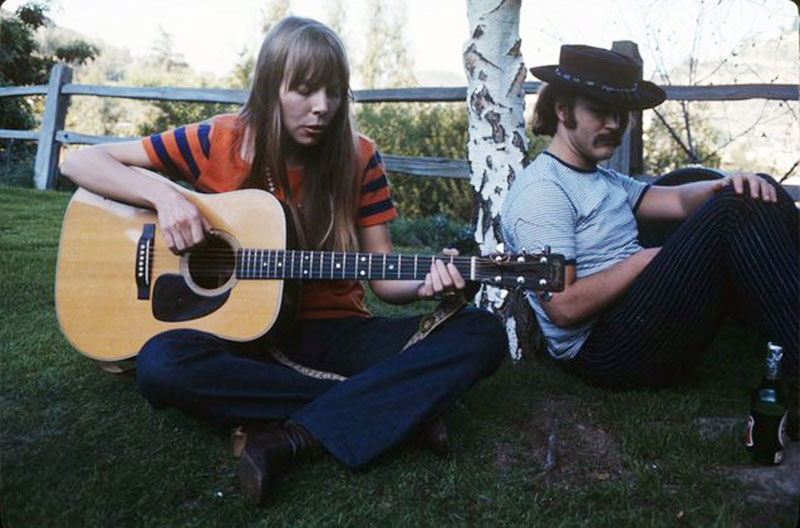 The scenes of protesters being pelted with rubber bullets, flash-bangs (a kind of urban conflict crowd-dispersal weapon), gas (whether it’s technically tear gas or pepper balls or some other “chemical irritant” matters little to American citizens caught in the haze) automatically summoned up the hazy protest days of 1968, in which a presidential nominee leaning into “law and order” — Nixon — won the White House, then doubled down on Vietnam and other repressive regimes (Enemies List, anyone?) until being consumed by his own whirlpool of lies over the Watergate break-in. It all seems vaguely familiar…

Opening with the disco-friendly A Fifth of Beethoven by Walter Murphy, Mrs. America takes nine episodes to explore the battle over the Equal Rights Amendment (ERA), but by the end, you’re blown away: not only by the cast (Cate Blanchett as indefatigable anti-women’s libber Phyllis Schlafly; Rose Byrne as feminist icon Gloria Steinem) and the nuanced writing, but by how American politics is inherently ugly, divisive and destructive — yet also inherently beautiful, citizen-based, and empowering. And that’s a tall order for a series that focuses on legislation for nine hours.

With her implacable smile and IBM-like recital of stats, Blanchett’s Schlafly wants to convince America’s women to stay at home, raise babies and support their hubbies; she spreads fears that the ERA, if it becomes law, will lead to “women sent into foxholes,” “unisex bathrooms” and abortion on demand. It’s the same cultural wars raging today in America (well, minus the “women in foxholes” scare, because many women have themselves chosen to enlist), and Mrs. America points out a crucial alliance a-brewin’ — between Republican politicians and far-right Christian conservatives, those who now make their strange bed with Donald Trump. Over yonder in Laurel Canyon, California, a hilly enclave housing aging movie stars and celebrity magicians such as Harry Houdini, the early ’70s transformed the low-rent zip code into a hotbed of musical freedom. The two-part series Laurel Canyon explores how one small section of LA became the place where The Doors, The Byrds, The Mamas and The Papas, Brian Wilson, Carole King, Buffalo Springfield, Frank Zappa, Joni Mitchell and a bunch of others all decided to migrate, sharing jam sessions, recreational drugs and beds, in the process creating a generation’s worth of easy rock anthems.

David Crosby, the mustachioed prankster who served up fat joints and learned open guitar tunings from Joni Mitchell, met up with two other harmonic souls — Graham Nash and Stephen Stills — and discovered a delectable vocal blend: thus a supergroup was born in Laurel Canyon. (Even though, later, Neil Young declined to be filmed for Woodstock: The Movie.) Perhaps, for a brief moment, it was possible to believe that music was enough to change the world.

Episode 1 tells the story through the lens of rock photographers, catching Stills and Eric Clapton poolside with Monkees Mickey Dolenz and Peter Tork; we learn how Stills’ protest anthem For What It’s Worth was not about Vietnam per se, but about hippie kids simply hanging out in front of rock clubs on the Sunset Strip — only to have their heads busted by truncheon-swinging LA cops. The “POLICE BRUTALITY” banners back then seem oddly timely now.

Episode 2 spells out how the dream of free music grew sour in the aftermath and aftertaste of the Manson Family and Altamont. No wonder people scrambled to embrace the Eagles.

In the US, optics still matter. Opinions can shift overnight, thanks to viral videos. Whether it’s a split-screen image of Trump striding towards a church for the sole purpose of awkwardly posing with a Bible near a place where, hours earlier, peaceful American protesters had been flash-banged, pepper-sprayed and otherwise forcefully removed; or whether it’s the sight of Chicago Avenue, leading straight up to the White House, renamed by DC Mayor Muriel Bowser “George Floyd Avenue” and repainted with 50-foot-tall yellow letters reading “BLACK LIVES MATTER” (the ultimate trolling of the Twitter-in-Chief), it’s images and optics that will change the way people think. Even Seth Rogen got into the action, posting that very same phrase on his Twitter account, and recommending people who find it “at all controversial” to unfriend him. They did, and he told each one of his vocal critics to eff off. That’s also freedom of expression.

Letter to Premier Ford asking to End the Lockdown

In 1995, I wrote in our Year In Review newsletter: There is a season for …