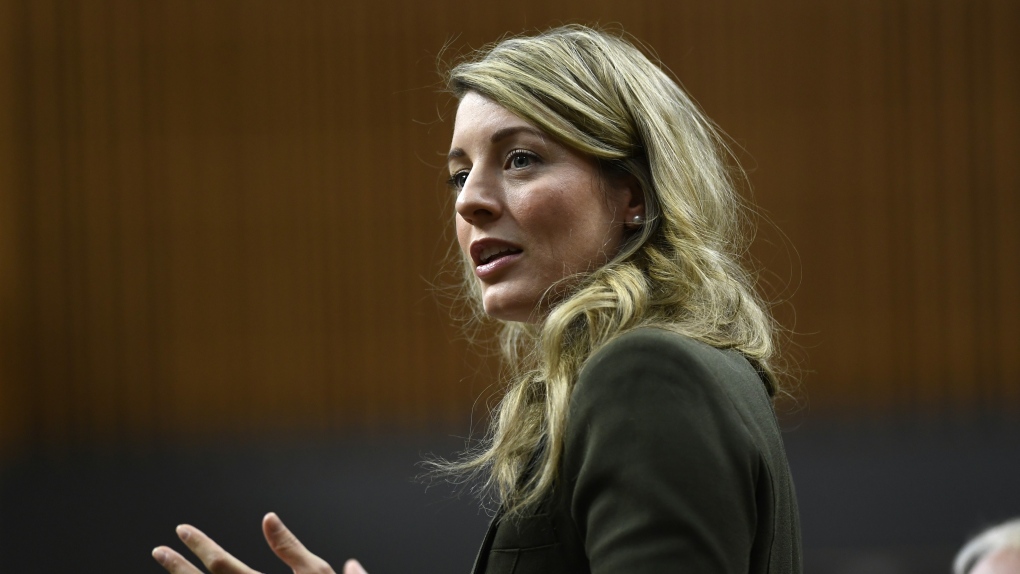 Minister of Economic Development Melanie Joly rises during Question Period in the House of Commons on Parliament Hill in Ottawa on Friday, Jan. 31, 2020.THE CANADIAN PRESS/Justin Tang

The federal minister in charge of regional economic development says more needs to be done to help companies in the centre of Canada’s biggest cities so they can stay open through and beyond the COVID-19 pandemic.

Melanie Joly says cities like Toronto and Montreal continue to bear the brunt of the pandemic, with case numbers fuelling restrictions that have kept workers home and businesses closed.

But she says downtown cores will need more attention as the restrictions ease and economic activity resumes, part of what Joly describes as more targeted regional help during what is expected to be an uneven rebound across Canada.

The Bank of Canada has warned the desired economic recovery in the second half of the calendar year won’t be as sharp or sustained as the downturn the pandemic caused.

Nor will it happen at the same time and rates across various regions, with the oilpatch in the West likely suffering longer if oil prices don’t fully rebound.

A report this week from BMO Capital Markets forecasted single-digit economic declines in all provinces this year due to the pandemic, but noted the drop in GDP will be deeper and the jobless rates above the national average in Alberta, Saskatchewan and Newfoundland and Labrador due to lower oil prices.

Joly says her officials are delving deeper into the regional data as they craft the next phase of pandemic-related aid, moving from liquidity measures toward helping companies connect with customers.

As Joly put it in an interview this week, it will be like coming out of the "fog of war" during the early days of the pandemic towards a reopening and recovery.

That will include looking at the uptake on the $962 million given to regional development agencies for companies that can’t access the larger programs the Liberals have rolled out, and whether there is a need to support certain regions hit harder than others.

She pointed to a Thursday announcement as an example, where the Liberals partnered with the Ontario government to provide funding to help retail companies build a digital presence.

Federal coffers contribute $50 million to the program, while the province is kicking in $7.65 million.

Joly says that kind of program addressed a need for Ontario companies to build a digital presence if in-person shopping is slow to pick up.

She says "main street" Canadian companies in general have been slower to adopt online shopping compared to their American counterparts. The funding is designed to address the cost of going online that can act as a barrier to change in the retail sector, she says.

"Retail was going through an array of changes before the pandemic, and the pandemic made it very crystal clear that we needed to make sure that our retail sector, particularly our main street businesses, were able to reach their customers in different ways," Joly says.

Federal support through the pandemic has had varying degrees of success. The total spending package now tops $153.6 billion, not including roughly $80 billion in federal loan programs, as detailed by the Finance Department in its latest report to MPs.

This report by The Canadian Press was first published June 13, 2020.