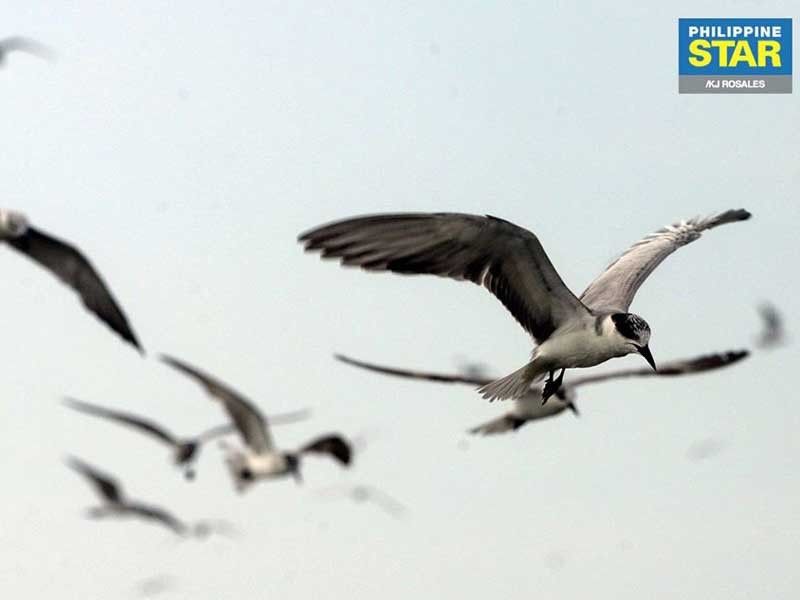 The New Manila International Airport will be built in a “key bird area” in Manila Bay, Wild Bird Club of the Philippines vice president Cristina Cinco said in an online forum Saturday.

The airport project will reclaim some 2,500 hectares of fishing and mangrove areas in Barangay Taliptip in Bulakan, Bulacan and nearby Sitio Baluarte in Obando, Bulacan.

As many as 200,000 migratory birds congregate in Manila Bay during mid-winter months, Cinco said. The Philippines is part of the flight path of some 50 million migratory birds that travel through the East Asian-Australian Flyway, which stretches from Russia to Alaska in the United States at the northern end and Australia and New Zealand at the southern end.

Cinco said 16 waterbird species are found in Manila Bay and at least nine threatened or near-threatened bird species would be affected by the airport project. These include the endangered Far Eastern Curlew, Chinese Egret and Great Knot.

Northern Manila Bay—where Bulacan is located—has been declared an important bird and biodiversity area by Bird Life International. An average of 47,000 waterbirds flock in the province's wetlands daily from January to March, WBCP said.

In January, 24 black-faced spoonbills—classified as endangered by the International Union for Conservation of Nature—were spotted along the tidal flats and mangrove areas in Taliptip. Cinco called it a “rare opportunity.”

The WBCP official said the endangered and vulnerable bird species in Manila Bay can be a “rallying point” for the conservation in the area.

“Birds are the Number One indicator of a good environment. If you have good air, clean water, people will truly survive because they can eat and breathe the air and of course, if there’s freshwater, there’s fish,” Cinco said.

NewsX: Fed by the waters

San Miguel Corp.’s airport project is among the coastal development projects in Manila Bay that the government has approved. Scientists and environmentalists said the reclamation will bring intense flooding in coastal and low-lying areas of Bulacan and other provinces. The area will be also highly-susceptible to liquefactions or when loosely-packed land loses strength and integrity during earthquakes.

The proposed aerotropolis will also destroy an environment important to the sustainability of fish production in the entire Manila Bay.

A 2017 fisheries resources and ecological assessment of Manila Bay found that fish eggs and crustacean larvae were abundant in the eastern portions of Manila Bay, particularly along Bulacan, Metro Manila and Cavite from 2012 to 2015.

Raymund Fantonalgo, a marine scientist, told Philstar.com in 2019 that the area where the aerotropolis will be built is a productive nursery and feeding ground because of the rich mangrove ecosystem in the area.

Taliptip is also home to at least three species of mangroves.

“Once the fish are displaced, they will migrate to a new place. Of course, if you migrate and you are not used to the new environmental conditions, you will die,” Fantonalgo said then.

In mid-June, some residents of Taliptip were forced to demolish their homes after they were allegedly given P250,000. Environmental groups slammed the move to uproot fisher, saying the company took advantage of them growing hungry and jobless amid the coronavirus pandemic.

Photo essay: Home is where the coast is