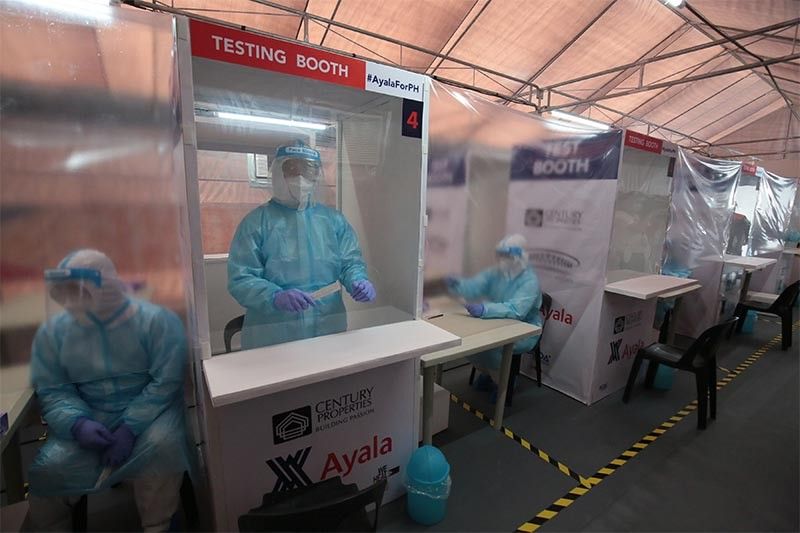 MANILA, Philippines (Update 3; First published at 12:47 p.m.) — Cebu City remains on the top of the list of areas affected by the coronavirus epidemic, having the largest number of cases for its population in the country.

The capital of Cebu Province has 3,987 cases out of its 922,000 residents or 0.43%. It remains under an enhanced community quarantine, the strictest level of measures the national government imposes on specific areas.

Meanwhile, Quezon City, the most populous city in the country, dropped to 10th place on the chart with 0.1% or 3,004 cases among 2.9 million residents. In terms of total number of cases, the Department of Health's data showed that Cebu City, Quezon City and the City of Manila are the three areas with the most total number of COVID-19 cases in the country.

The DOH on its website lists the areas with the top five number of cases among both cities and provinces. DOH data as of Tuesday, June 23, 2020 | Graphic by Philstar.com/Enrico Alonzo

The DOH also reported record-high 299 recoveries. This pushed to 8,442 the total number of COVID-19 survivors in the country.

Meanwhile, the death toll rose to 1,186 after nine more patients succumbed to the severe respiratory illness, according to the department.

Government officials said Metro Manila, which is now under a more relaxed general community quarantine, remains the epicenter of the outbreak. Meanwhile, Cebu—which is placed under enhanced community quarantine until end-June—is considered a hotspot.

Currently, there are 65 licensed laboratories nationwide. Only 558,163 individuals have been so far tested for coronavirus in the country.

Presidential spokesperson Harry Roque on Tuesday announced that the government aims to increase its testing capacity to 50,000 per day. The plans to adjust the target is despite government's continuous failure to reach its previous daily testing capacity goal of 30,000.

A forecast report released by the University of the Philippines on Monday, meanwhile, showed that new cases in Quezon City per day have actually decreased since May 31.

After the enhanced community quarantine (ECQ) was eased on May 16, researchers said the week of May 25 to 31 saw a spike in new cases, reporting an average of 50 per day.

Despite the continued implementation of the more relaxed general community quarantine (GCQ) in the city, experts said it now sees a decreased average of 27 new COVID-19 cases per day — the same level it was reporting under ECQ.

"After more than one month of modified restrictions in Quezon City, the gains made through the efforts of QC City Government, the LGU and health workers, as well its constituents is clear, the spread of the pandemic in QC has been slowed down," researchers said.

The study said that these gains are reversible, warning of the upward trend of COVID-19 cases in the country from June 6 to 21.

The group of experts urged the Quezon City government to consider a stricter implementation of GCQ, to scale up its mass testing capacity, and to strengthen and decentralize its contact tracing, among other recommendations.

Though Quezon City has the most number of cases in the National Capital Region, data from the Department of Health as of Tuesday and population figures from the 2015 census, showed that Cebu City and seven other Metro Manila cities posted a higher rate of COVID-19 cases per million residents than Quezon City. — with reports from Gaea Cabico