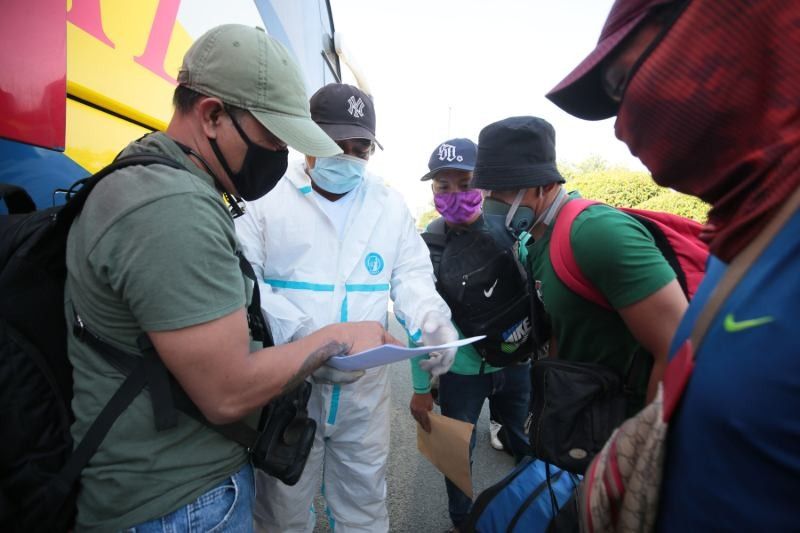 Local stranded Individuals pictured at Quezon City Memorial Circle as they make their way to their respective provinces in Region 2 due to the Balik Probinsya program of their local government.

MANILA, Philippines — Ending the third week of general community quarantine, the Department of Health reported 653 new cases of the novel coronavirus disease 2019 (COVID-19), bringing the total number of cases in the country to 30,052 since the new pathogen originated in Wuhan, China.

Included in Sunday afternoon's tally were 243 recoveries and 19 deaths, bringing their totals to 7,893 and 1,169 respectively.

Minus the deaths and recoveries, the number of active cases in the country stands at 20,990.

Of the 653 new cases, 415 were listed as “fresh” cases, while the remaining 238 were results returned "late" or results released four or more days ago owing to the Department of Health’s clerical backlog.

The health department is still documenting hundreds of new cases per day with Saturday night’s addition of 943 patients.

The week in coronavirus updates

A survey by the Social Weather Stations released over the week also found that a staggering 83% of Filipinos felt that the quality of their lives got worse in the past 12 months.

Past surveys of SWS over the coronavirus lockdown also found that 87% of Filipinos were generally more afraid of getting and transmitting COVID-19 compared to any other pathogen in the past, while four out of five Filipinos left the house at least once and at most thrice in the week before the survey was conducted mainly for food.

National COVID-19 task force special consultant Dr. Tony Leachon also resigned from his post earlier this week but said he felt he was asked to tender his resignation. Just a few days before he left his post, Leachon said in an interview on ABS-CBN News Channel that Health Secretary Francisco Duque III should “step up” and that he “[serves] at the pleasure of Filipinos.”

Worldwide, the coronavirus has infected 8.9 million and caused over 460,000 deaths, according to Worldometers. — with reports from Ratziel San Juan