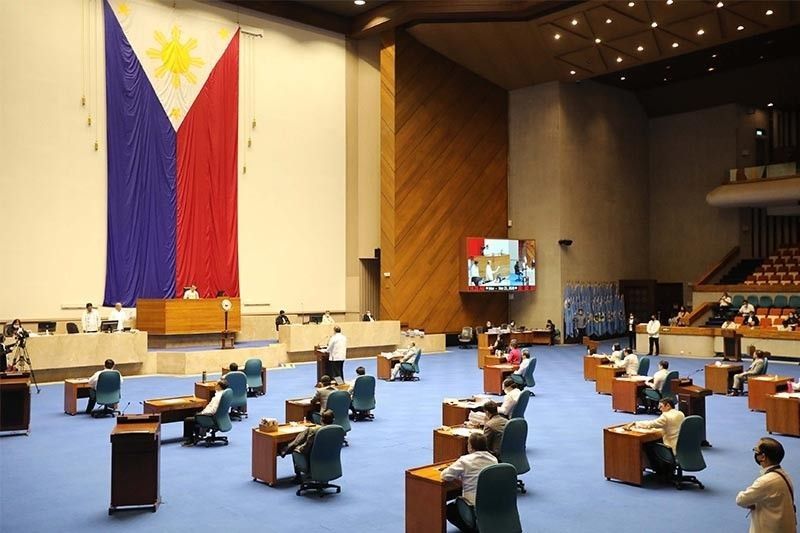 In a virtual hearing last night, the chamber’s plenary approved on second reading House Bill 6875 or the proposed Anti-Terrorism Act that gives more teeth to the law against terrorism and effectively repeals the Human Security Act of 2007 (HSA).

MANILA, Philippines — The House of Representatives has passed the proposed measure that seeks to impose harsher punishment on terrorist acts.

In a virtual hearing last night, the chamber’s plenary approved on second reading House Bill 6875 or the proposed Anti-Terrorism Act that gives more teeth to the law against terrorism and effectively repeals the Human Security Act of 2007 (HSA).

The measure, defended by House public order and safety committee chairman Narciso Bravo Jr. on the floor, was swiftly approved after it was certified urgent by President Duterte.

“This stronger anti-terrorism law aims to shield our Filipino citizens from terrorists’ brutal and atrocious attacks and to prevent our country from becoming a haven of extremist groups,” Bravo said in his sponsorship speech.

Another proponent, Muntinlupa City Rep. Rufino Biazon, cited the need for the measure because of lack of teeth of the HSA and its too strict rules for law enforcers.

“In the past 13 years, there has been sparing use of the law because of much restrictions on the police and military… it did not address the problem of terrorism,” he explained.

To further expedite the passage of the measure, the House adopted the version already approved by the Senate on third and final reading last February to do away with the bicameral conference committee that reconciles differences in versions of the bills from the two chambers.

The bill defines terrorism by specifying acts with the purpose of inciting fear and seriously destabilizing structures in the country: causing death or serious bodily injuries to any persons or endangering a person’s life; causing extensive damage or destruction to a government or public facility, public place or private property; causing extensive interference with, damage or destruction to critical infrastructure; developing, manufacturing, possessing, acquiring, transporting, supplying or using weapons, explosives or biological, nuclear, radiological or chemical weapons; or releasing dangerous substances or causing fire, floods and explosions.

Under the measure, those who will propose, incite, conspire and participate in the planning, training and facilitation of a terrorist attack could face a sentence equivalent to life imprisonment.

The same penalty would be meted out to individuals who will provide support to terrorists and recruit anyone to be a member of a terrorist organization.