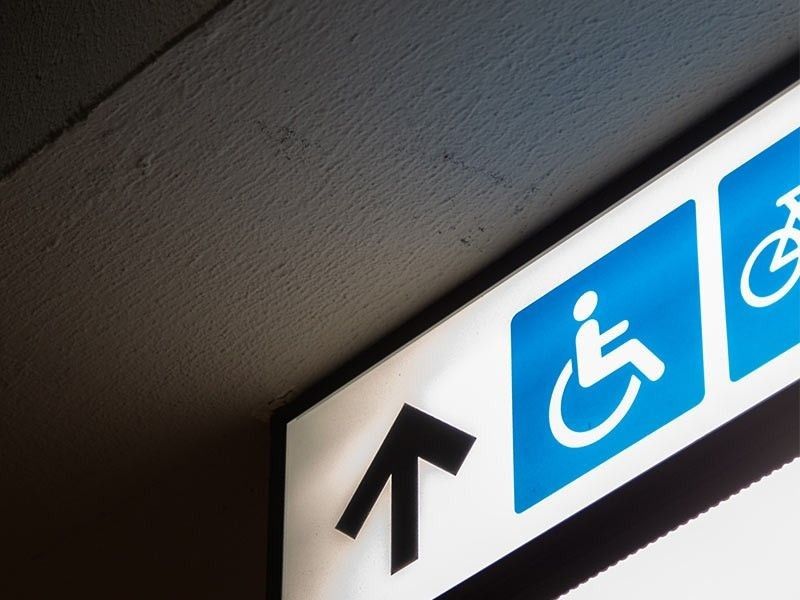 Under Republic Act 10754, PWDs are given a 20% discount and exemption to value-added tax to go with a 5% discount on basic necessities and prime commodities and free use of express lanes in commercial and government transactions.

MANILA, Philippines — Two House lawmakers over the weekend called on the health and interior departments along with the National Council on Disability Affairs to review the implementation of the law granting persons with disabilities discounts to clamp down on the proliferation of 'fake PWDs.'

Reps. Eric Yap (ACT-CIS Party-list) and Ronnie Ong (Ang Probinsyano Party-list) in a statement cast fear over the possible effects that fake PWD cardholders would have on local businesses amid the novel coronavirus lockdown.

Under Republic Act No. 10754, or An Act Expanding The Benefits And Privileges Of Persons With Disability, PWDs are given a 20% discount and exemption to value-added tax to go with a 5% discount on basic necessities and prime commodities and free use of express lanes in commercial and government transactions.

“These fake PWDs are bad for businesses, especially for small ones. They are faking their disability and are abusing the PWD Law just to get discounts. Our business sector is barely surviving these days and it is the duty of the government to make sure that they are protected from these kinds of consumer abuse,” Ong said in a joint statement.

“Many establishments have grown wary over those using PWD IDs because of fake cards, and so, a crackdown ending this proliferation will finally protect our real PWDs from discrimination brought about by fake PWDs,” the two added.

The two congressmen went as far as saying that applicants should be "screened" to ensure only qualified PWDs would be able to obtain cards. According to Ong, the law has few safeguards against abuse, particularly those pretending to be disabled in order to get discounts.

However, the law also includes tax incentives for restaurant and establishment owners offering discounts to senior citizens and persons with disabilities.

The implementing rules and regulations of the republic act read:

Section 13. Tax Deduction. The establishment may claim the discounts provided herein as tax deductions based on the net cost of the goods sold or services rendered: Provided, however, that the cost of the discount shall be allowed as deduction from the gross income for the same taxable year that the discount is granted: Provided, further, that the total amount of the claimed tax deduction net of Value Added Tax, if applicable, shall be included in their gross sales receipts for tax purposes and shall be subject to proper documentation and to the provisions of the National Internal Revenue Code (NIRC), as amended.

Same questions over an old issue

As early as October of last year, Yap already called for a probe on the distribution of PWD identification cards, this time over reports that local government offices had "fixers" handing them out for a fixed price.

At the time, the congressman made it a point to encourage restaurant owners and employees to take pictures of suspected fakes.

Many PWD groups slammed this statement, saying it unfairly and baselessly puts the burden of proof on legitimate persons-with-disability despite already being legally recognized as such by virtue of the very card being disputed.

More than just the card and its benefits, though, academics and advocates alike have said that the many doubts over the registration process is indicative of bigger issues within the government's existing systems for the disability community.

The newest statement from the lawmakers came in the wake of a screenshot that circulated social media showing each member of an allegedly wealthy and well-connected family receiving a PWD card for the discounts. 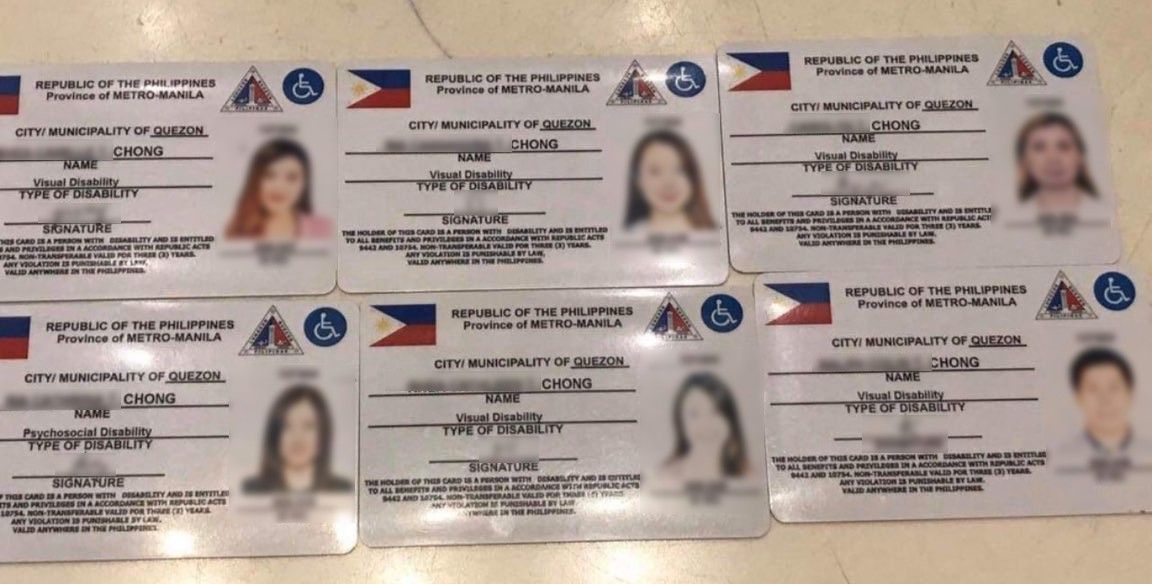 Viral screengrab shows the six PWD cards one family was able to get for each member.

More than a discount

PWD Philippines in an earlier statement sent to Philstar.com pointed out that many difficulties arise because the mechanisms for identifying disabilities and securing their corresponding certification are largely non-uniform.

“Be more discerning before immediately condemning an ID holder just because you do not see his disability,” they said. “[Lack of discernment] is an oversight of the issuing agency and should not be held against the ID holder.”

Over the past two months of the enhanced community quarantine, countless PWDs reported that they were not included in the Department of Social Welfare and Development's social amelioration program because they were not registered PWDs.

“The key is to develop an automated system. Through this, it will be easier to store and manage data. This system will contain all the PWD’s information, which will make it easier to verify whether an individual is indeed a PWD. All LGUs report to one centralized system so verification is easier,” Yap said in his statement.

Association of Empowered PWDs Philippines Inc. secretary and head officer Shiela Laudato also said in an earlier phone with Philstar.com call that the card itself was more important to the disability community than the benefits that came with it.

“We don't focus on the discount. What happens once you get the card is that you are identified as part of the sector. Your ID is your identity [as] being part of this sector. That in itself is a big help for those who are really in need,” she said in Filipino.

2020-06-20
AtinitoAdmin
Share
Previous Dad is more proud of his tan than his super-human strength
Next Coronavirus cases now at 30,052 with 653 new cases — DOH