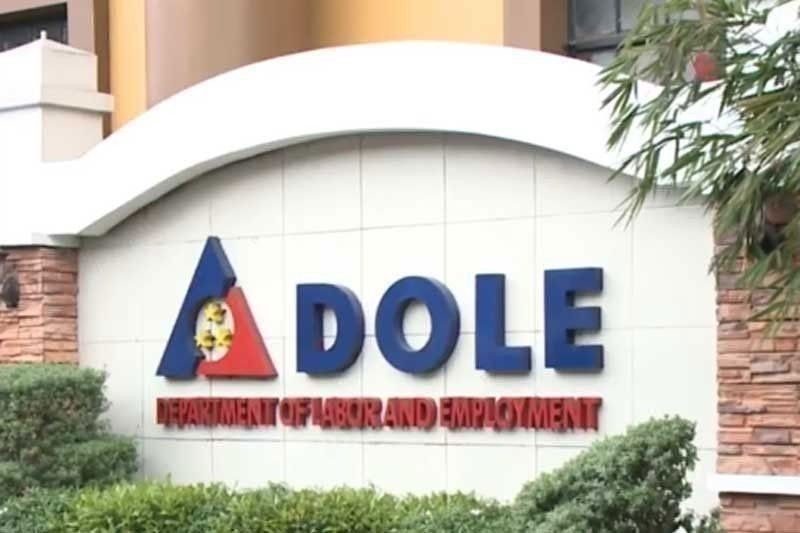 Data from the Department of Labor and Employment showed a surge in the number of commercial establishments that have closed down and terminated workers in the first week of June.

MANILA, Philippines — Reeling from the impact caused by the coronavirus disease 2019 (COVID-19), more companies nationwide are opting to shut down or retrench workers.

Data from the Department of Labor and Employment (DOLE) showed a surge in the number of commercial establishments that have closed down and terminated workers in the first week of June.

Aside from resorting to shutdown and retrenchment, at least 103,700 companies with over 2.7 million workers are implementing flexible work arrangements and temporary closure.

Reports from DOLE’s regional offices said some 69,000 workers lost their jobs after at least 2,060 companies closed down from January to June 8.

The labor department said 91 percent or 1,875 establishments resorted to downsize their workforce and the remaining nine percent or 193 decided to close permanently.

The DOLE reported that the month of June posted the highest number of establishments that closed down and terminated workers, with 688 or 33 percent of the total number.

The agency posted the highest displacement of workers at 30,712 in February, following the closure of and retrenchment in 371 companies.

The National Capital Region (NCR) bore the brunt of the impact of the pandemic, with over half or more than 36,000 of displaced workers coming from NCR.

Other regions with high number of displacements are Calabarzon (Cavite, Laguna, Batangas, Rizal and Quezon) with 14,206; Central Luzon with 5,113 and the Cordilleras with 5,023.

Most of the affected workers or 25,000 of them were from the administrative and support service industry and 8,400 from the manufacturing sector.

To prevent further displacement, the DOLE is offering cash subsidy for employers who will retain their employees.

“Our proposal is to give employers a range of 25 to 50 percent subsidy provided they will not retrench and if possible hire additional workers,” Labor Secretary Silvestre Bello III said during the Laging Handa public briefing yesterday. Jose Rodel Clapano, Rhodina Villanueva