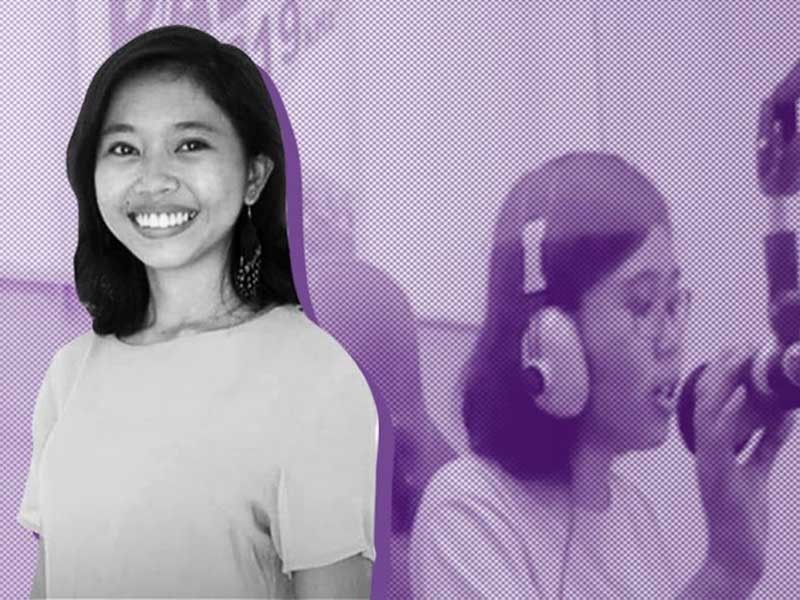 This April 16, 2020 composite photo is from an AlterMidya campaign calling for Cumpio’s release.

MANILA, Philippines — The National Union of Journalists of the Philippines on Thursday raised alleged irregularities in the arrest of journalist Frenchie Mae Cumpio and four other human rights activists in February in response to a Tacloban court denying a motion to quash a search warrant used in the arrest.

During the first hearing held Tuesday, Judge Georgina Perez of Tacloban RTC Branch 45 dismissed the motion to quash issued search warrant and quash information, as well as suppress evidence and return seized items that were not covered by the said warrant.

“[T]here have been violations of the rules of due process in the conduct of the raid. There were no witnesses when it was conducted in the middle of the night, a major violation that should have already compelled the court to free Cumpio and the others,” NUJP said in a Thursday statement.

Dubbed the "Tacloban 5," Cumpio and her fellow detainees were pressed with the unbailable charges of illegal possession of firearms and explosives — which NUJP and rights groups said are part of a systematic government crackdown on activists.

Cumpio, executive director of the Tacloban-based Eastern Vista, had been arrested days after reporting to the Center for Media Freedom and Responsibility “unidentified men in masks” who had been patrolling the new organization's office, with others tailing their editorial staff since December.

“It is clear to us that Cumpio’s arrest was unjust as tales by the government about her being a high-ranking New People’s Army guerrilla are lies. How can someone who has a regular Church-produced radio show in one of the country’s biggest radio networks and executive director of a community media outfit based in an urban area be a high-ranking NPA fighter?” NUJP said.

“How the court failed to see the raid that arrested her and her fellow arrestees was nothing more than a witch hunt against activists, we can only speculate.”

In a statement condemning the arrest in February, AlterMidya – People's Alternative Media Network stressed "Cumpio is not a member much less a leader of a 'communist terrorist group', but a legitimate community journalist reporting on human rights abuses in the Eastern Visayas, including military attacks against peasant communities in the region."

The media workers' group is calling for the immediate release of Cumpio and her fellow detainees. — With reports from Kristine Joy Patag

LA TRINIDAD, Benguet — Governor Melchor Diclas of this province revealed that there are talks …