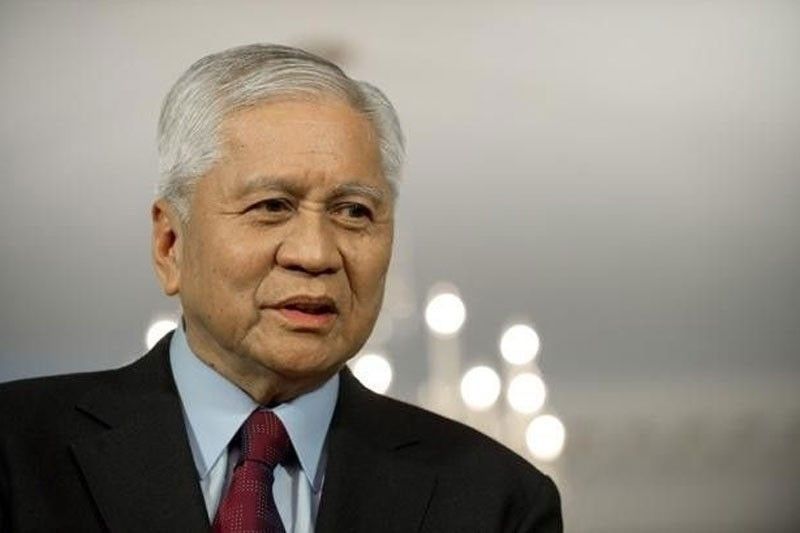 “The moment we forget is the moment we cave in to persistent Chinese atrocity; it is the moment we lose ourselves as Filipinos,”former foreign affairs chief Albert del Rosario said in a statement. “The act of remembering is crucial in order for us to stand up for our rights in the face of persistent bullying and injustice.”

MANILA, Philippines — A year after the ramming and sinking of a Filipino fishing boat by a Chinese vessel in Recto Bank, former foreign affairs chief Albert del Rosario is urging Filipinos not to forget the incident or surrender to China’s “persistent” aggression to gain control of the entire South China Sea.

The incident happened exactly a year ago yesterday.

China, he said, does not see the Philippines as having equal rights and that it pretends to be a friend while seizing Philippine territory, reclaiming and building artificial islands on the country’s land and waters, harassing Filipino soldiers and fishermen.

“These acts are too atrocious to be brushed aside in favor of loans and investments. Have we, as Filipinos, reached this point that our sovereignty can simply be bought?” he said.

He also cited the ramming and sinking of a Vietnamese vessel near the Paracels, also by a Chinese boat while the world was busy grappling with the COVID-19 pandemic.

“Thankfully, our Department of Foreign Affairs saw it fit to issue a statement of solidarity with our Vietnamese neighbors, recalling that it was our Vietnamese friends who helped save the lives of our distressed Filipino fishermen of F/B Gem-Ver 1 in Reed Bank,” Del Rosario said.

He said a ruling in 2016 by an international arbitral court invalidating China’s massive claim in the South China Sea was a vindication for Filipinos.

“In other words, China owes Filipinos billions of pesos for its continuing abuses in the West Philippine Sea,” Del Rosario said. “More than half of our country’s 110 million Filipinos live in coastal communities, relying on marine resources for their daily needs.”

The former top diplomat said Philippine authorities have the right to seize assets and properties owned by Beijing in the Philippines, including the Chinese government’s interest in the National Grid Corp. of the Philippines (NGCP) and in China Telecom, to satisfy the Philippines’ claim for damages.

Meanwhile, Pag-asa Island will host bases for the air force and the Navy as the military ratchets up work on improving facilities in the tiny municipality in the Kalayaan Island Group (KIG) in the West Philippine Sea, Defense Secretary Delfin Lorenzana said yesterday.

“So this will be an Air Force base. It’s joint actually, a joint endeavor between the Navy and the Air Force. Walang pakialam ang Army dito, masyadong malayo sa lupa (The Army has no business here, very far from land),” Lorenzana said at the inauguration of a P267.18-million beaching ramp.

A new runway will also be built on the island, Lorenzana said.

He also said the AFP will be setting up its own radio station on Pag-asa Island to help fishermen and other residents get updated weather reports and other relevant information.

He said the government, in partnership with the Department of Agriculture (DA) and the Bureau of Fisheries and Aquatic Resources (BFAR), is also looking at improving Pag-asa Island’s fleet of civilian fishing vessels.

He said Pag-asa’s fishing vessels are mostly made of wood and can easily sink if rammed by steel hulled vessels. He was apparently referring to the sinking of a Filipino fishing boat after it was rammed by a Chinese vessel in Recto Bank in the West Philippine Sea last year.

“As the celebration of our 122nd Independence Day is drawing near which is on Friday, it is worth emphasizing that the holding of this event today is not a mere coincidence. Rather it is an indication of the government’s clear direction of asserting national sovereignty,” Lorenzana said.

The DND chief noted that from the perspective of national defense, the KIG “plays a strategic role in reconnaissance missions and other exploration activities, thus its immense importance to our enjoyment of sovereignty is greatly acknowledged.”

He said the completion of the beaching ramp on Pag-asa Island is a milestone in the history of the country. Filipinos occupied the island in the 1970s and built its airstrip in 1978.

“We need to improve this because our neighbor is continuously improving their island,” he said, apparently referring to other islands in the West Philippine Sea occupied and claimed by China.

He said the municipality of the KIG has been under Philippine sovereignty since 1978 but little has been done in the past to improve the lives, safety, security and needs of its people, including water and electricity.

Asked by reporters if President Duterte intends to visit Pag-asa Island before the end of his term, Lorenzana said he did not know but recalled a pronouncement from the Commander-in-Chief that he did not want to hurt the feelings of Beijing.

He also said local fishermen need not worry about getting eased out of the waters around the island as the Spratlys region is large enough for them and fishermen from nearby countries.

“Anyway, the Spratly Island is so big and it’s teeming with fish. And our fishermen can go to another sector to fish also,” he said.

Lorenzana shared with reporters a screenshot on his mobile phone of a message from a telecommunications company welcoming him to Vietnam while a reporter got a similar message welcoming him to China.