Sara: Pa is hard to love 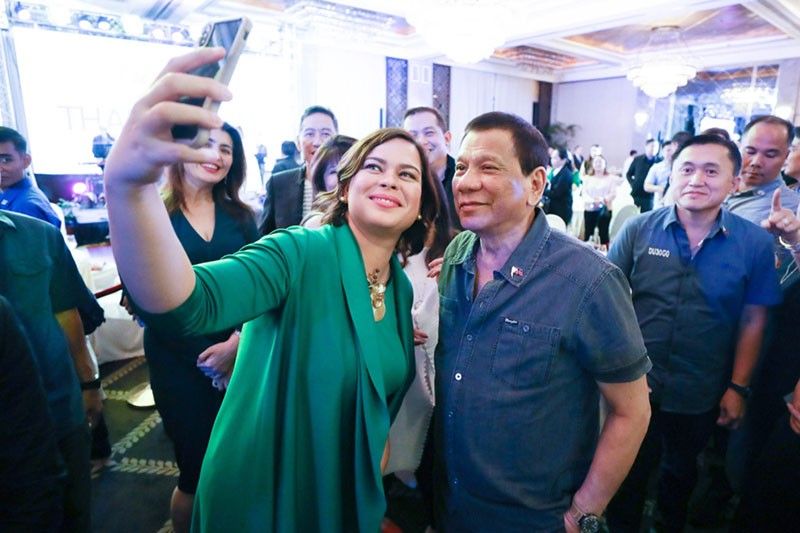 Davao City Mayor Sara Duterte-Carpio takes a photo with her father President Duterte during the Hugpong ng Pagbabago thanksgiving night in Makati City in a June 24, 2019.

DAVAO CITY , Philippines – For presidential daughter and Mayor Sara Duterte-Carpio, President Duterte is “hard to love” when it comes to his children.

But Sara credits her father, who is now 75 years old, for instilling the importance of education in his children.

She said she is “very grateful” for her father who was “very strict” when it came to their education, which eventually paved the way for her becoming a lawyer.

“I’m very grateful for my father. He is hard to love and he is not soft as a father. Yes, he is strict when it comes to education,” Sara said in the Visayan dialect in an interview with dxDC on Father’s Day yesterday.

Aside from Sara, Duterte has two other children with his first wife Elizabeth Zimmerman – Congressman Paolo and Davao City Vice Mayor Sebastian.

The President also has a daughter, Veronica, with his partner Cielito “Honeylet” Avancena.

“The lesson on the importance of education — he was so particular and very strict about education so that anything you do that he considers to be something that would ruin your education, he will really get mad,” Sara said.

She is touted to seek the presidency in 2022 when the term of her father as president ends.