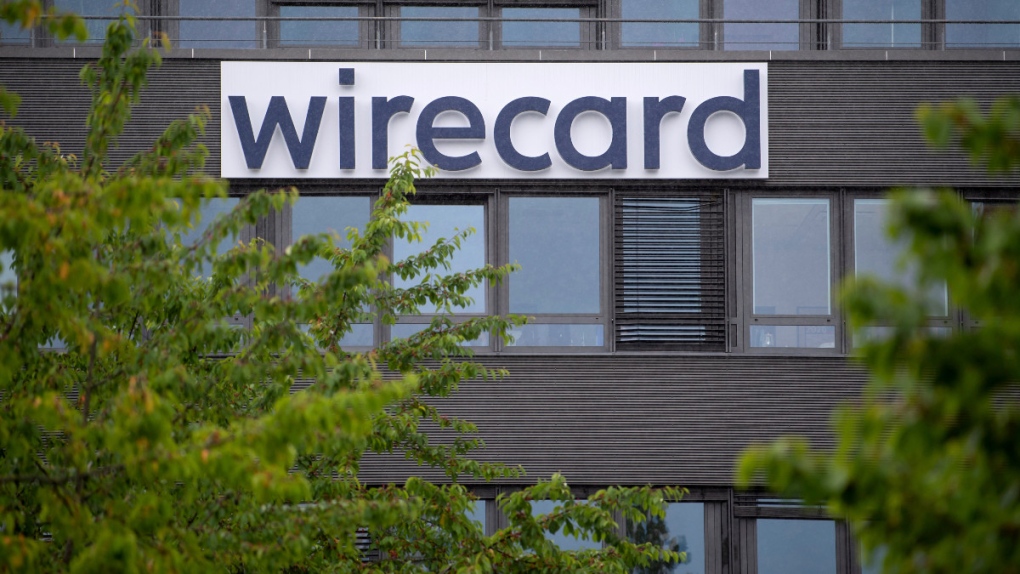 Wirecard logo at the headquarters of the payment service provider in Aschheim, Germany, on June 19, 2020. (Sven Hoppe/dpa via AP)

BERLIN — German payment service provider Wirecard said Monday it has concluded that 1.9 billion euros (US$2.1 billion) which were supposed to be held in two accounts probably don’t exist, deepening troubles that last week prompted the resignation of its chief executive.

Wirecard AG was once regarded as a star of the growing financial technology sector, but its shares have fallen sharply after the company became the subject of multiple Financial Times reports about accounting irregularities in its Asian operations. Wirecard disputed the reports, which started in February 2019, and said it was the victim of speculators.

Two Philippine banks that were said to hold the money in escrow accounts said that they had no dealings with Wirecard.

The Bank of the Philippine Islands said a document claiming the company was a client was "spurious." BDO Unibank said that a document claiming the existence of a Wirecard account was falsified and "carries forged signatures of bank officers." The country’s central bank governor said none of the missing money entered the Philippines’ financial system.

On Monday, Wirecard said its management board "assesses on the basis of further examination that there is a prevailing likelihood that the bank trust account balances in the amount of 1.9 billion euros do not exist."

Hours later it announced the firing of its chief operating officer, Jan Marsalek, who had been suspended from the management board last week. German news agency dpa reported that Marsalek had been in charge of overseeing daily operations including in Southeast Asia, where the possible fraud occurred.

Wirecard said it is in "constructive discussions" with banks on continuing credit lines, and is "assessing options for a sustainable financing strategy for the company." It said it’s examining other possible measures to keep the business going, including restructuring and disposing of business units.

After plummeting last week, Wirecard’s shares took another dive on Monday. They were down 44.9% at 14.02 euros in afternoon Frankfurt trading.

The president of German financial regulator BaFin, Felix Hufeld, described the situation as "a complete disaster" and said "it is a disgrace that something like this happened," news agency dpa reported.

"We are in the middle of the most appalling situation I have ever seen a DAX company in," Hufeld said at a conference in Frankfurt, referring to Germany’s leading index of blue-chip stocks.

He acknowledged criticism of regulators including BaFin, saying that "we were not effective enough to prevent something like this happening."

Moody’s Investors Service on Monday withdrew Wirecard’s ratings, saying that "it believes it has insufficient or otherwise inadequate information to support the maintenance of the ratings."

The company was once considered a star of Germany’s tech sector; its market value at one point exceeded that of Deutsche Bank. Wirecard pushed Germany’s No. 2 bank, Commerzbank, out of the DAX.

The company had rapidly expanded outside Germany, building an Asia-Pacific business and entering the North American market by buying Citigroup’s prepaid card services business in 2016.

"You have to pinch yourself and wonder if what is going on at Wirecard is true," said Robert Halver, an analyst at Baader Bank in Frankfurt.

He noted that Germany is "not spoilt for high-tech companies" and raised the possibility of the German government considering action to preserve Wirecard’s technology, arguing that "it would be bad if Wirecard became a takeover object for China."

Christoph Noelting in Frankfurt, Germany, contributed to this report.

RLC invests P4.1 B for hotel project in Mandaluyong

THE PESO continued to strengthen against the greenback on Friday, supported by vaccine hopes and …