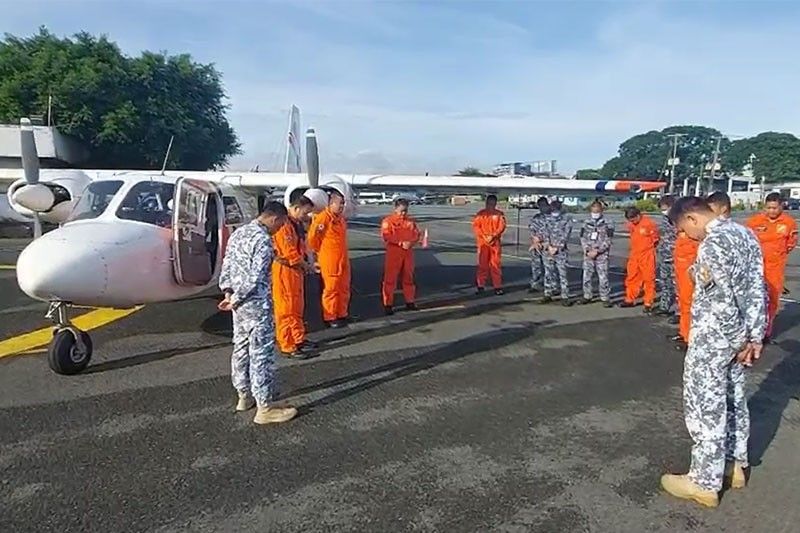 As of writing time, PCG patrol boat BRP Boracay is in the area of Mamburao, Occidental Mindoro to conduct search and rescue operations.

According to the PCG, 12 fishermen and two passengers were aboard fishing vessel FV Liberty 5 when it collided with Hong Kong-flagged cargo vessel MV Vienna Wood at around 1 a.m. on Sunday.

"Initial report received by PCG – the incident was reported yesterday morning by the Captain of the cargo vessel. The cargo vessel departed Subic and on the way to Australia, and now being escorted by PCG vessel to Batangas," PCG spokesperson Commodore Armand Balilo told reporters.

Initial information from the PCG showed that the waves were strong in the vicinity waters when the incident occurred.

The coast guard activated its search mission after receiving a distress call from the captain of MV Vienna Wood about the collision on Sunday.

The coast guard deployed utility aircraft BN Islander and helicopter Airbus H145 for the operations, which started at around 7:30 a.m. on Monday.

A multi-role response vessel will also be deployed to intensify the operations at the vicinity waters 14.57 nautical miles west-southwest off Tayamaan, Mamburao, Occidental Mindoro.

The Filipino fishing boat came from Cagayan de Tawi-Tawi and was on its way to Navotas fish port when the incident happened. The foreign vessel, meanwhile, departed from Subic, Zambales going to Australia.

On June 9, 2019, a Chinese vessel rammed into a Filipino fishing boat, leaving 22 fishermen floating at sea for hours in the vicinity of Recto Bank in the West Philippine Sea.

Vietnamese fishermen rescued the 22 Filipino crew members of fishing boat Gem-Ver. While the owner of the Chinese ship had apologized for the collision, not a single perpetrator has been held to account.

President Rodrigo Duterte himself downplayed the allision as a "little maritime accident", echoing the remarks of the Chinese foreign ministry that it as just "an ordinary maritime traffic accident."