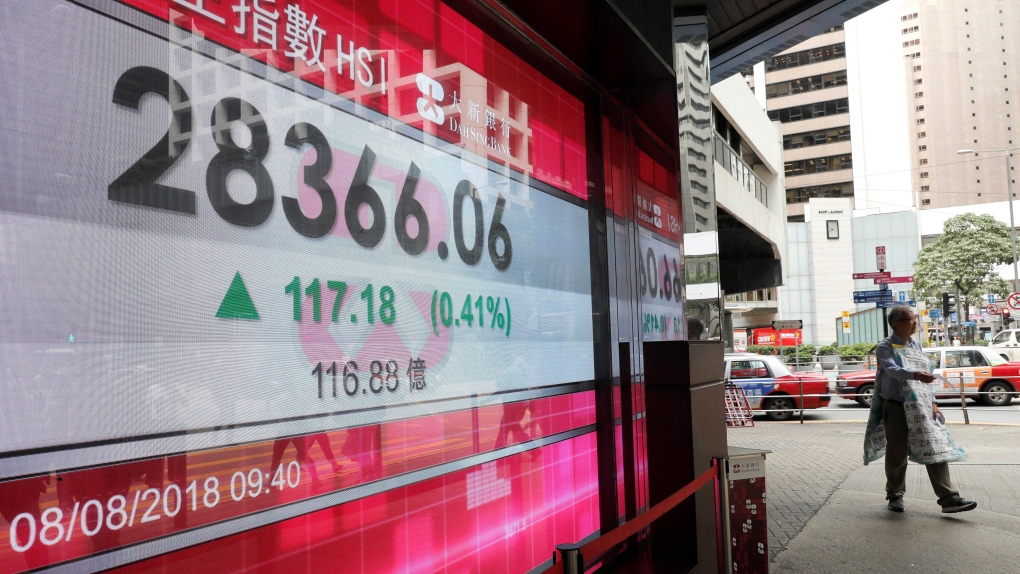 TORONTO — Stocks rose on Wall Street Thursday after a choppy start as investors weigh a mixed batch of economic reports highlighting the damage that the coronavirus lockdowns have inflicted on the economy.

The S&P 500 was up 0.1% in afternoon trading after swinging between a gain of 0.4% and a loss of 0.9%. Financial stocks led the way higher after the Federal Reserve and four other regulatory agencies announced they’re going to change a rule that has limited banks’ ability to make investments in such areas as hedge funds.

The announcement gave an immediate boost to bank stocks because the rule change could free up billions of dollars in capital in the banking industry. Gains in technology and energy stocks also helped lift the market, outweighing losses in utilities, companies that rely on consumer spending and elsewhere. Bond yields fell, a sign of caution in the market.

The Commerce Department said that the U.S. economy shrank at a 5% rate in the first three months of the year. A far worse decline is expected for the current quarter due to the pandemic. The Labor Department said another 1.5 million laid-off workers applied for unemployment benefits last week. That marks the 12th straight drop, a sign that layoffs are slowing, but remain at a painfully high level.

Macy’s slid 4.6% after the department store operator announced it is laying off 3,900 corporate staffers, or roughly 3% of its overall workforce, as the pandemic takes a financial toll on the retailer’s sales and profits. Like many of its non-essential peers, Macy’s was forced to close its physical stores to curb the spread of the coronavirus, evaporating sales.

On a more encouraging note, the government said orders to American factories for big-ticket goods rebounded last month from a steep pullback in April and March as the economy began to slowly reopen.

Until this week, markets had been mostly rallying on hopes that U.S. states and regions around the world could continue to lift the spring lockdowns put in place to slow the spread of the coronavirus. Economic data have been positive, helping fuel the cautious optimism. But a rise in new infections is stoking worries that the reopening of businesses may have to be curtailed again, delaying the economy’s recovery.

Coronavirus hospitalizations and caseloads have hit new highs in over a half-dozen U.S. states, including California, Florida and Texas. New cases nationwide are back near their peak level of two months ago.

Despite shedding its gains for June, the S&P 500 still is on pace for its best quarter since the fourth quarter of 1998.

JPMorgan, Bank of America and Citigroup were each up more than 2% as investors welcomed news Thursday that the Fed and bank regulators have finalized a rule that will ease restrictions imposed by the Volcker Rule, which was part of the overhaul of banking regulation approved in the Dodd-Frank Act passed by Congress in 2010 in an effort to curtail excesses that had led to the 2008 financial crisis.

However, President Donald Trump had campaigned in 2016 on rolling back what he saw as excessive over-regulation of the banks that had weighed on the economy by preventing the banks from making loans to qualified borrowers.

Bond yields fell. The yield on the 10-year Treasury note slipped to 0.67% from 0.68% late Wednesday. The yield tends to move with investors’ expectations for the economy and inflation.

After broad losses in Asia overnight, markets were higher in Europe. Germany’s DAX rose 0.7%, while the CAC 40 in Paris picked up 1%. London’s FTSE was up 0.4%.