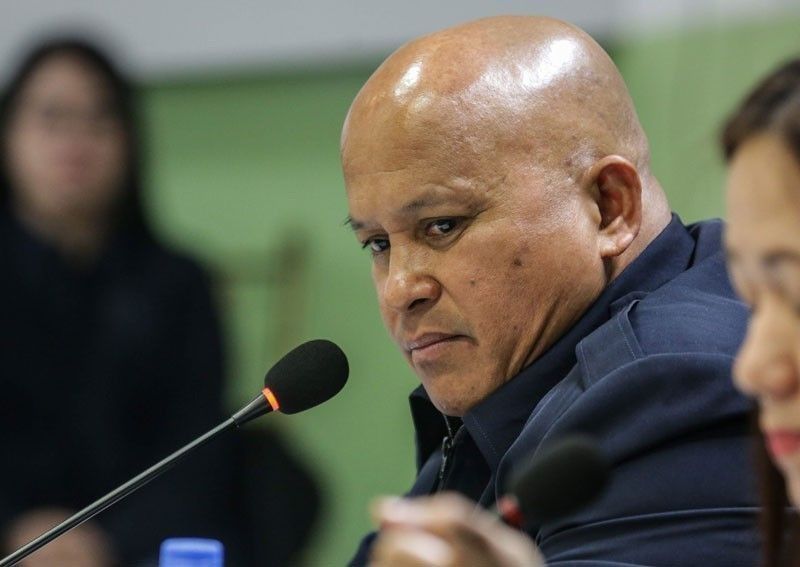 MANILA, Philippines — Sen. Ronald Dela Rosa brushed off claims that he would be biased in any Senate investigation into the Jolo shooting incident where police officers shot four soldiers on an intelligence operation dead.

Dela Rosa is chair of the Senate committee on public order and illegal drugs, which has jurisdiction over matters related to law enforcement and the Philippine National Police. The committee on national defense, which has jurisdiction on matters related to the armed forces is chaired by Sen. Panfilo Lacson, also a former PNP chief and a PMA graduate.

"You can expect that we will do a fair and impartial investigation. Don’t assume that just because I was a chief of the [Philippine National Police] I will favor the police,” he said in a mix of Filipino and English.

“What’s important is that the truth comes out and that whoever is accountable will be held accountable and justice will be served. And we will make police modifications or policy formulation to prevent an incident like this to happen next time around,” he added.

Sen. Risa Hontiveros has filed a resolution seeking Senate hearings into the incident. "The PNP has a lot to do to live up to its motto to 'serve and protect.' Our law enforcers should preserve peace in our communities, not disturb it," she said.

The four soldiers slain on Monday were gathering intelligence on suicide bombers linked to the Abu Sayyaf group when they were stopped by cops and later shot.

Not much was clear in the aftermath of the incident as the police and the military presented drastically different narratives. The national police has since walked back its earlier remark that the incident was a "misencounter" and has most recently referred to it as a "shooting incident."

In an earlier statement, Dela Rosa was quoted as saying: "I understand that [the Philippine Army is] hurting at this time and I sympathize with them but such declaration of murder and rubout coming from [them] is premature and preemptive on the ongoing NBI investigation."

Police Gen. Archie Gamboa, chief of the Philippine National Police, said that the incident would not affect the relationship shared by the two agencies, a claim corroborated by Dela Rosa.

"So far we have not received any intel reports that tensions between soldiers and police have increased. They should set up coordinating councils there to prevent similar incidents in the future. There is no solution to this kind of incident that is more effective than coordination. Police and the military should be transparent with each other," the senator said. — Franco Luna