Breaking News
Home / US & World / The Customer Is Always Right. Except When They Won’t Wear A Mask

The Customer Is Always Right. Except When They Won’t Wear A Mask 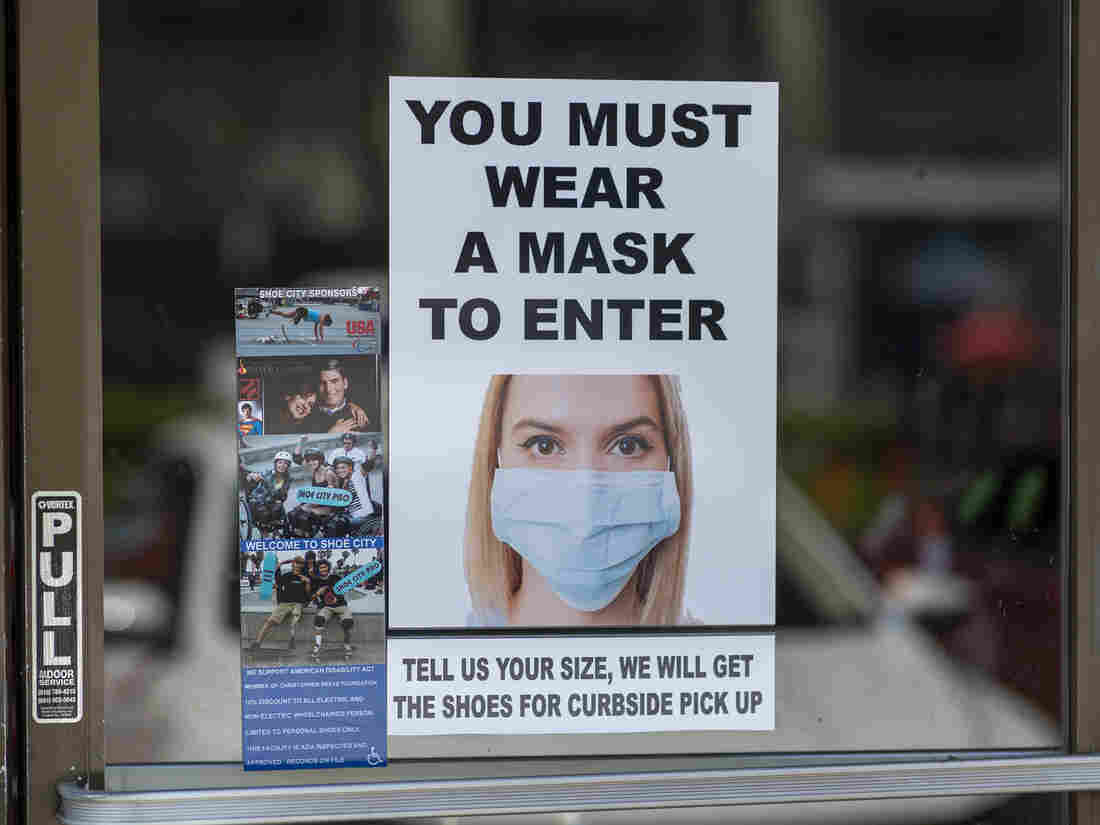 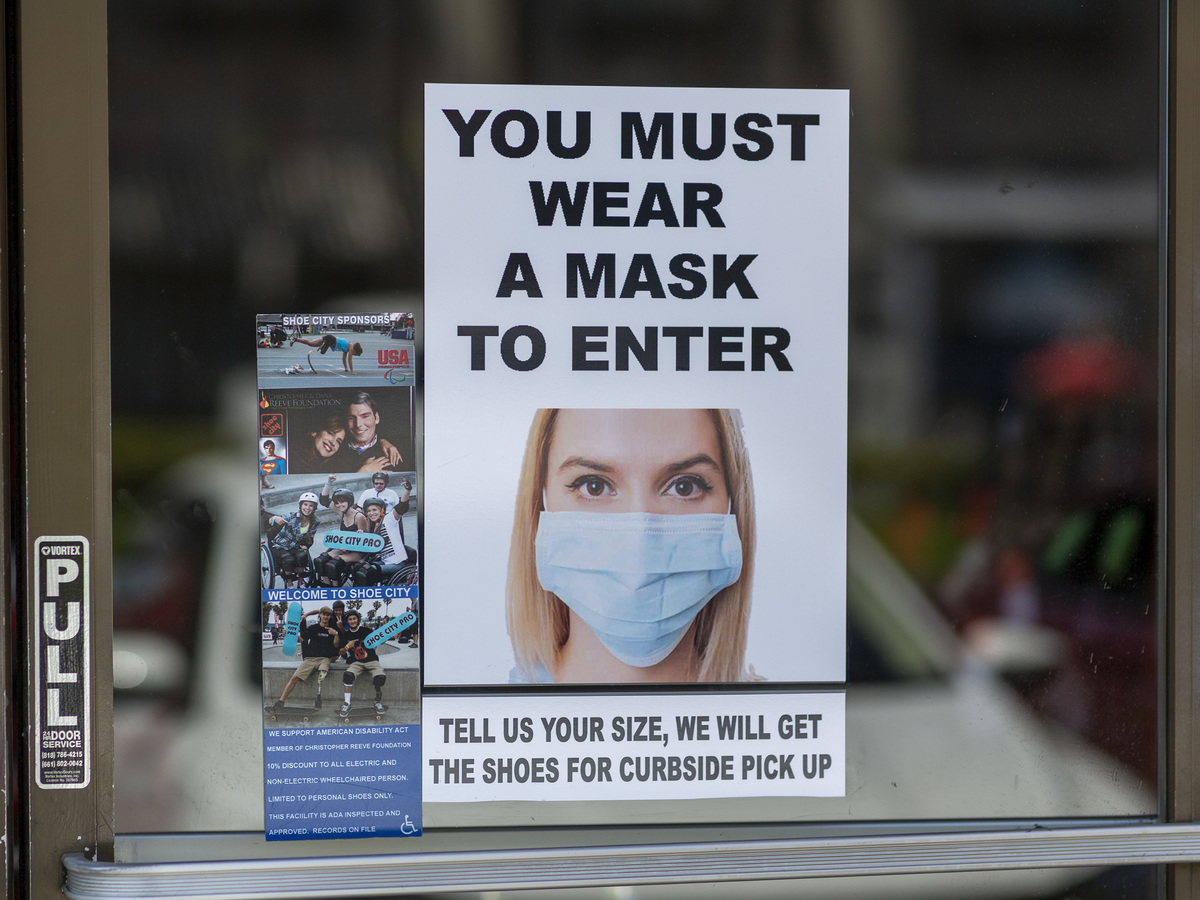 Masks are required for entry to a shoe store in Glendale, Calif. Most people follow guidelines to wear masks when they enter retail stores and restaurants, but some customers don’t comply.

They fume and rage and demand their rights. Sometimes they even get violent.

In the age of COVID-19, most people practice social distancing guidelines when they go into stores and restaurants, putting on masks and standing 6 feet behind other customers.

Still, there are the nightmare customers — those who refuse to comply.

One woman entered Leek’s restaurant without a mask, pulling her T-shirt over her face. Leek told her to mask up or leave.

“So then she’s like, ‘This is ridiculous! You’re discriminating against me!’ Told me I would be hearing from her attorney. And I said, ‘That’s fine,’ ” Leek says.

Encounters like that are anything but unusual. The Internet is filled with videotaped confrontations involving customers who flout social distancing rules. Sometimes they insist on entering without face coverings. Other times one customer stands too close to another and a fight breaks out.

The conflicts can get especially nasty when alcohol is involved, says Kelly DuFord Williams, founder and managing partner of Slate Law Group.

“I’ve had clients who have had to call the police multiple times in order to have a customer escorted off the premises or at times arrested,” Williams says.

The conflicts represent a legal minefield for small businesses, she adds. While social distancing guidelines are imposed by state and local governments, it’s often left up to restaurants and stores to enforce them, and if they don’t they can face lawsuits.

For example, if stores are less than diligent about enforcing the rules and a fight breaks out between customers, business owners can be sued, she notes. They can also face lawsuits for creating an unsafe working environment if an employee comes down with COVID-19, she says.

It’s often employees who are on the front lines in altercations with difficult customers.

Since COVID-19 came along, Anthony Hernandez, who works as a barista at a coffee shop in suburban Chicago, has had to deal with more than his share of unruly coffee drinkers.

“Sometimes they’ll say, ‘You’re being very disrespectful. You’re telling me I have to wear my mask, that I have to do this and this.’ And they’ll escalate to that point and you’re just standing there with the baristas, going, ‘What do I do? What do I do?’ ” Hernandez says.

He tries hard to speak politely and calmly to customers, but sometimes the conflicts get downright ugly. He and the other Latinx workers frequently face racial and ethnic slurs from angry patrons, he says.

When that happens too often, he absents himself temporarily by telling co-workers he needs to take a “smoke break.”

“Which is basically code for saying, ‘I need to get out of the store for a little bit so I can go relax and cool myself down before I explode.’ You know, because it gets really stressful at those moments,” Hernandez says.

Online Anti-Vax Communities Have Become A Pipeline For QAnon Radicalization

World U.S. President Donald Trump said on Thursday he will leave the White House if …