Most drivers jobless amid partial resumption of jeepney operations — Piston 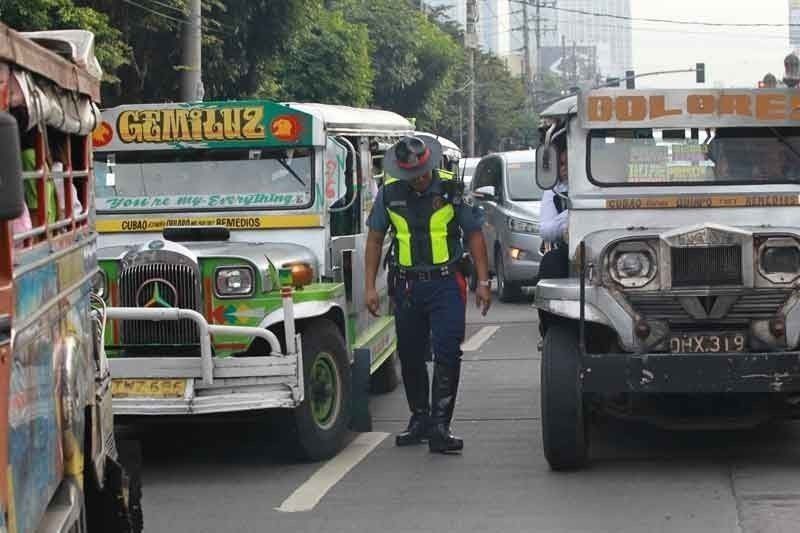 The Land Transportation Franchising and Regulatory Board (LTFRB) has approved the partial resumption of operations of public utility jeepneys (PUJs) in select routes in the National Capital Region (NCR).

MANILA, Philippines — The 6,002 traditional jeepney units allowed to ply some 49 routes in Metro Manila are but a small fraction of the 74,000 public utility jeepneys idled following the suspension of mass transportation at the onset of the enhanced community quarantine, a transport group said Thursday.

On Wednesday night, the Land Transportation Franchising and Regulatory Board (LTFRB) approved the partial resumption of operations of traditional PUJs in select routes within Metro Manila, but according to Pinagkaisang Samahan ng mga Tsuper at Operator Nationwide (Piston) there are 579 routes through which approximately 74,000 jeepneys operate in NCR alone, totaling about 150,000 drivers and 50,000 operators.

In a statement issued Thursday, Mody Floranda, Piston national president, said: “This is very small compared to the actual number of jeepneys in Metro Manila. Many drivers and operators remain hungry." This, while only 12 of the approved routes are over a minimum of four kilometers long, and just three are over nine kilometers in length, the group added.

The LTFRB has said that it was planning to publish the list of jeepney operators who are allowed to operate on Friday, while the use of required QR codes would be enforced starting Monday, July 4, giving operators until Sunday to comply.

In an earlier text message, Floranda told Philstar.com: “Drivers and operators are hoping they can go back to earning a living. They're ready to follow regulations, like putting up dividers in jeeps to ensure the public’s health and safety."

"For three months drivers have suffered without earnings, and for three months the public has had a difficult time without serviceable transport, so we're really hoping we can go back to work," he added.

At a livestreamed press briefing earlier Thursday, LTFRB chair Martin Delgra said that the number of routes opened for traditional and roadworthy PUJs was based on public demand. Lawyer Zona Russet Tamayo, LTFRB regional director for Metro Manila, at the same presser also said that operators who choose to go on the road despite not meeting roadworthiness standards could face fines and other penalties.

Officials have been faithful to the same script over the past two months: that traditional jeepneys have always been part of its hierarchy and plans moving forward, but that they would be subject to health and roadworthiness standards while modes with higher capacities would be prioritized. In the weeks leading up to the eventual announcement, transport officials repeatedly cited health risks on riding the “King of the Road.”

Groups like Piston and the National Confederation of Transport Workers Union are sure that this is for the express purpose of phasing traditional PUJs out under the administration's PUV modernization program, which Delgra defended at the hearing.

"Although we acknowledge [this new memorandum] as a success, we still have to hold back against the counterfeit modernization. The Duterte-DOTR-LTFRB is still launching its jeepney phaseout amid the pandemic to pave the way for the imported and expensive 'modern' jeeps in exchange for traditional jeeps," Floranda said.

Much of the same groups have highlighted that they are not actually opposing the program and are only asking for a just transition.

"It's a continuous assessment. In fact, just today, we're looking at several routes that we're going to add up in the coming days if not weeks, so just wait for that. Even on the routes we already have opened, we're getting reports from operators that passengers are piling up. So we're basing it on demand, which will depend on a lot of things…The traditional jeepney isn't point to point. It will pick up and alight, but there will be jeepney stops for that," he said in a mix of English and Filipino.

"People will say what they want, but we're looking at the jeepney mode in terms of seating capacity and environmental standards. Minimum Euro compliant systems or electric vehicles. The government is simply setting a standard on what is safe, convenient and environmentally friendly," he added. — Franco Luna with a report from James Relativo