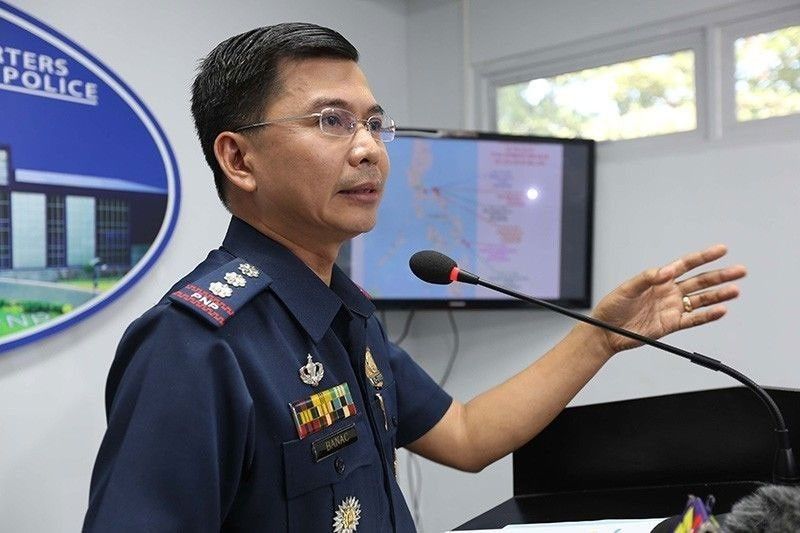 PNP spokesman Brig. Gen. Bernard Banac said there are safeguards in the implementation of the law as some sectors raised concern that the administration might use the law to silence its critics.

MANILA, Philippines — The Philippine National Police (PNP) yesterday assured the public that law enforcers would not abuse the controversial Anti-Terror Law, which President Duterte signed into law on Friday.

PNP spokesman Brig. Gen. Bernard Banac said there are safeguards in the implementation of the law as some sectors raised concern that the administration might use the law to silence its critics.

“The PNP assures (the public) that it will not be abused and we shall faithfully uphold all institutional mechanisms that provide safeguards to its implementation,” Banac said in a statement.

A provision of Republic Act 11479 of particular concern allows law enforcement agencies to detain suspected terrorists up to 24 days without formal charges.

Banac said people have nothing to fear as the law is only focused on addressing the threat of terrorism posed by extremist groups such as the Abu Sayyaf and not government critics.

He added lawmakers who authored the law have put in place safety nets to prevent the PNP and other law enforcement agencies from committing abuses.

Interior and Local Government Secretary Eduardo Año said there would be no abuse by state forces implementing the Anti-Terror Law.

He said the law is important in the administration’s approach against terrorism.

“The Department of the Interior and Local Government will not allow this law to be abused and it will be used judiciously only for the purpose for which it was enacted – to defeat communist terrorists and violent extremists once and for all. We repeat that only the terrorist should fear this law and law-abiding and peaceful citizens have nothing to fear,” he added.

Sen. Panfilo Lacson, one of the authors of the law, warned that law enforcers who commit abuses in the implementation of the measure can be punished with 10 years in prison.

“The numerous safeguards under the Anti-Terrorism Law would make abuses in its implementation very costly for law enforcers to commit,” said Lacson.

“A mere non-compliance with the immediate written notification to the judge of the court nearest the place of arrest, as well as the CHR (Commission on Human Rights), not to mention technical surveillance or wiretapping on suspected terrorists sans judicial authorization from the Court of Appeals and more, can send them to prison for 10 years, absolute perpetual disqualification from holding public office, dismissal, forfeiture of retirement and all other benefits should deter abuses,” Lacson added.

Critics said the first victims of the law were the soldiers who were conducting operations against Abu Sayyaf terrorists.

“Nothing much I can do about that (Jolo case) except to squarely confront them with facts,” Lacson said.

Lacson noted that a case in point is journalist Raisa Robles who wrote in her blog that he “stealthily” inserted Section 25 of the law, implying that he inserted that section after plenary approval.

“To negate and show how malicious and malevolent such an assertion, I corrected it in my Twitter account Fact is, after the amendment by substitution on Feb 12, Sens. (Francis) Pangilinan on Feb. 18 and (Frank) Drilon on Feb. 19 introduced numerous and substantial amendments to the substitute bill.

“No amendments were made on Section 25. As I said, they won’t stop at anything,” he added. “A blog post by Raissa Robles insinuating that I stealthily inserted Section 25 into Republic Act 11479 – the Anti-Terrorism Act of 2020 – is malicious and untrue, to say the least.”

Lacson said Section 25 of the Anti-Terrorism Act of 2020 provides for a mechanism that will trigger the freezing of assets of terrorists and terrorist groups by the Anti-Money Laundering Council (AMLC).

He noted that Section 25 is based on a proposal from the AMLC that Republic Act 10168 – the Terrorist Financing Suppression and Prevention Act of 2012 – lacks the required designation mechanism that will allow authorities to prevent the assets and property from being used to finance terrorism.

“This section is part of a substitute bill that was approved during the period of amendments, when the Senate decided to repeal the Human Security Act of 2007, though subject at the time to further amendments, without prejudice to additional clarificatory questions,” he said.

The military lauded the passage of the Anti-Terrorism Law that would give state forces more capability to protect and defend the country against terrorists.

National Security Adviser Hermogenes Esperon Jr. said yesterday that the law is a matter of necessity for the country to fight terrorism even in the midst of the coronavirus disease 2019 pandemic.

“It is really clear that the country needs this law. It’s a matter of necessity. Let’s not forget the atrocities committed in the past by the terrorists,” Esperson said in a television interview.

Esperon noted that even President Duterte had his share of experiences in handling terror acts when he was still mayor of Davao City and eventually, when he started his term as President in 2016.

Duterte is “very firm” in his resolve to stop terrorism, the country’s top security officer said.

Not long after he assumed the presidency, bombers also attacked the night market in Davao City in September 2016.

The concerned sectors will craft the implementing rules and regulations (IRR) and meet for the creation of an Anti-Terrorism Council that is mandated under the new law.

“Well, it has been signed. We will have the signed copy today or tomorrow. We are ready to convene the Anti-Terrorism Council with the chairman,” Esperon said.

Esperon said he discussed the matter with Executive Secretary Salvador Medialdea and they agreed to sit together to “first and foremost review “ the signed law so that we will have a better understanding of the new law.

The IRR needs to be submitted to the Senate and the House of Representatives before the government can pursue efforts to fight terrorism using the new law.

The Senate and the House of Representatives will also be creating a Joint Oversight Committee, which will have oversight functions to determine the veracity of government actions related to the Anti-Terrorism Law. Cecille Suerte Felipe, Romina Cabrera, Christina Mendez