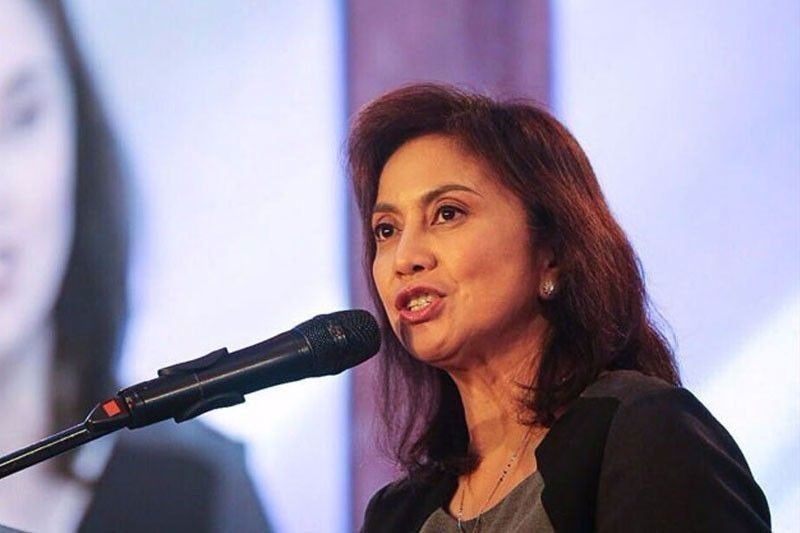 “The Supreme Court is the last bastion of democracy. I hope (the SC) won’t be pressured by those in power,” Vice President Leni Robredo, a leader of the opposition, said over dzXL.

MANILA, Philippines — Vice President Leni Robredo yesterday expressed hope that the Supreme Court (SC) would not be “pressured by those in power” in deciding on the legality of the recently signed Anti-Terror Act of 2020.

“The Supreme Court is the last bastion of democracy. I hope (the SC) won’t be pressured by those in power,” Robredo, a leader of the opposition, said over dzXL.

Several groups on Saturday filed the first petition against the Anti-Terror Act before the SC, asking the high court to junk it for being “oppressive and inconsistent” with the Constitution.

Robredo said more groups are expected to question the constitutionality of the law.

She said the law has “contentious” provisions and does not have enough safeguards against abuse.

She has repeatedly raised her concerns over some provisions of the new law, including the broad definition of terrorism as well as the extended detention period despite the absence of an arrest warrant.

“We’re not asking them not to have an Anti-Terror Law, what we are asking for is to ensure that there are safeguards against abuses,” Robredo, a human rights lawyer, said.

She expressed worry that the law might be used against government critics, citing the Philippine National Police-Criminal Investigation and Detection Group’s filing of a sedition case against her last year which she said was “based on lies.”

“If there’s no abuse, no harassment, that (sedition case) would not have been filed because obviously there was no basis for it,” she said.

Robredo said even Solicitor General Jose Calida was “part” of the filing of the case against her and other opposition figures.

In July last year, the PNP-CIDG filed sedition and other complaints against Robredo and 35 other individuals over an alleged plot to oust President Duterte.

In February this year, the Department of Justice junked the sedition case against Robredo and several others.

“If it happened to a vice president, what more to those who are helpless and can’t afford to hire a lawyer to defend them,” she said.

Expect the government to start its crackdown on members of the political opposition and ordinary citizens criticizing the Duterte administration with the enactment of Republic Act 11479, Sen. Francis Pangilinan warned.

Pangilinan, president of the Liberal Party (LP), said assurances from authorities, including the PNP, were not credible given the bloody track record of the administration in addressing problems like illegal drugs and the coronavirus disease 2019 (COVID-19) pandemic.

He cited as example LP leaders who have been falsely accused or charged with various non-bailable offenses like inciting to sedition with the flimsiest of evidence by administration officials since 2016.

“It (persecution) has been happening even before the law was passed that we are being blamed and accused without basis where even the Vice President was charged with sedition,” Pangilinan told dzBB in Filipino.

“Does this mean we’ll just keep silent, and not point out misdeeds, and accept wrongdoings because this persecution has been happening in the last three years? We cannot be overconfident or complacent. We have to be vigilant because there can come a time where just fake news repeated for a week can tag us as terrorists,” he said.

He recalled the administration tried to link the LP to communist rebels, whom the government wants to proscribe as a terrorist group.

He said the administration has always preferred an “iron-fisted” approach in dealing with problems, which however proved to be a failure.

Pangilinan cited the campaign against illegal drugs where thousands of people have died—ostensibly after trying to shoot it out with the police—but not one drug lord has been jailed nor has any Customs official responsible for bringing tons of drugs into the country been apprehended.

The imposition of martial law did not lead to the rehabilitation of Marawi City, he said.

“No amount of assurances from law enforcement agencies would mitigate the incidence of abuses because the law itself is abusive and derogatory of human rights, civil liberties and fundamental freedoms,” Lagman said.

“The repressive provisions in the law embolden law enforcers to perpetrate errant and arbitrary implementation against spirited ordinary citizens, progressive activists and political dissenters who have long been considered as ‘enemies of the state,’” he added.

Lagman, a member of the LP under Robredo, said the new Anti-Terrorism Law “must be cleansed of its constitutional infirmities notwithstanding the say-so of its implementors.”

The National Council of Churches in the Philippines (NCCP) also condemened the passage of the law.

In a statement, the NCCP said they “condemn in the strongest terms, the passing of the Anti-Terrorism Bill into law. It is a travesty against God’s will, as it gives the government, or even just a few persons in the Anti-Terrorism Council, the absolute power that determines what course people’s lives will take by putting forward a very vague definition of terrorism.

“By so doing, the government has usurped the functions that rightfully belong to God. By playing God, the State commits the highest form of sacrilege. It is an affront to God’s gift of human dignity and a threat to all people of goodwill,” it added.

The group said Duterte’s move to sign the Anti-Terror Act of 2020 is also an indication that he does not listen to the voice of the people.

“President Duterte’s signing of it into a law, shows that he does not listen to the legitimate cries of the people, especially our Moro sisters and brothers, who appealed for him to veto the bill. He only listens to his coterie of generals and sycophants,” NCCP added.

Manila Auxiliary Bishop Broderick Pabillo, apostolic administrator of the Archdiocese of Manila, said they would continue to oppose the newly signed law.

An SC source, however, said even if the petition opposing the Ant-Terror Act of 2020 would be filed today, the magistrates might not be able to tackle the matter during their regular scheduled meeting on Tuesday.

Meanwhile, over 100 artist awardees of the Cultural Center of the Philippines’ Thirteen Artists Awards have expressed outrage over the enactment of the Anti-Terror Act of 2020.

“As concerned artists and citizens, it is our role to safeguard cultural values which embody our Constitutional rights to liberty, democracy, and freedom of expression,” the recipients of the prestigious award from 1970 to 2018 said in a statement on Saturday.

“The Anti-Terror Law is an attack against these rights and values,” they said.