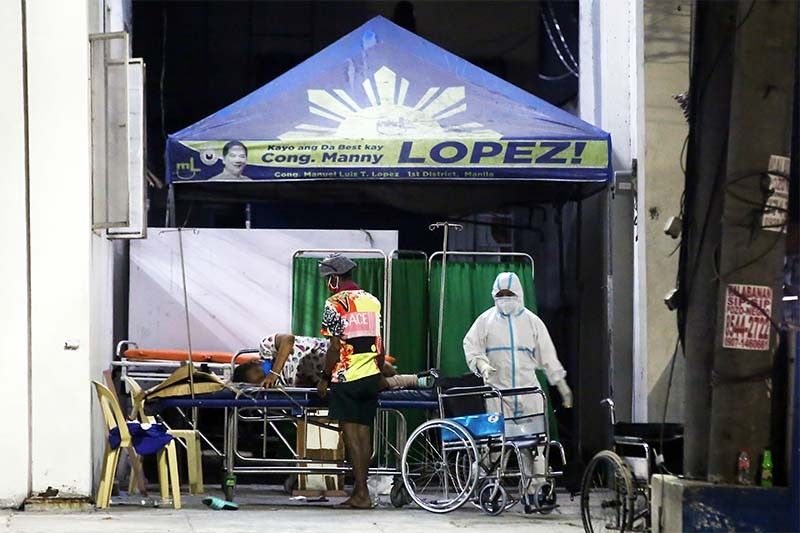 MANILA, Philippines (5:20 p.m.) — The country’s coronavirus caseload reached 112,593 Tuesday as Metro Manila and four surrounding provinces returned to stricter lockdown for the next two weeks to buy time for the overwhelmed system to handle the surge in cases.

The number of cases has grown rapidly since the government relaxed movement restrictions in June. The Philippines is now close to overtaking Indonesia as the nation with the highest number of infections in Southeast Asia.

Under the lockdown that will last until August 18, public transport is sspended and only one person per household is allowed to go out for essential goods.

Only certain "essential" businesses are allowed to operate.

The heightened restrictions came after swamped and exhausted medical workers warned that the country is losing the battle against the health crisis.

The number of active cases or patients who are currently ill was at 44,429.

The DOH also reported that total recoveries rose to 66,049 after 240 more people have survived COVID-19. Total recoveries accounted for around 59% of the country’s confirmed cases.

But 11 more patients died from the severe respiratory illness, raising the number of coronavirus-related fatalities to 2,115.

The department said it had removed 89 cases from the tally.

Some 1.50 million people have been tested so far for the coronavirus.

WHO: There may never be a silver bullet

For President Rodrigo Duterte, the country’s hope of returning to normal rests on a vaccine. But the World Health Organization said governments and people across the globe should focus on testing, contact tracing, maintaining physical distance and wearing a mask.

“We all hope to have a number of effective vaccines that can help prevent people from infection,” WHO chief Tedros Adhanom Ghebreyesus told a virtual press conference.

“However, there's no silver bullet at the moment—and there might never be,” he added.

Tedros also said that “the basics of public health” are the most effective for now.

Duterte eyes revamp or abolition of PhilHealth over corruption issues