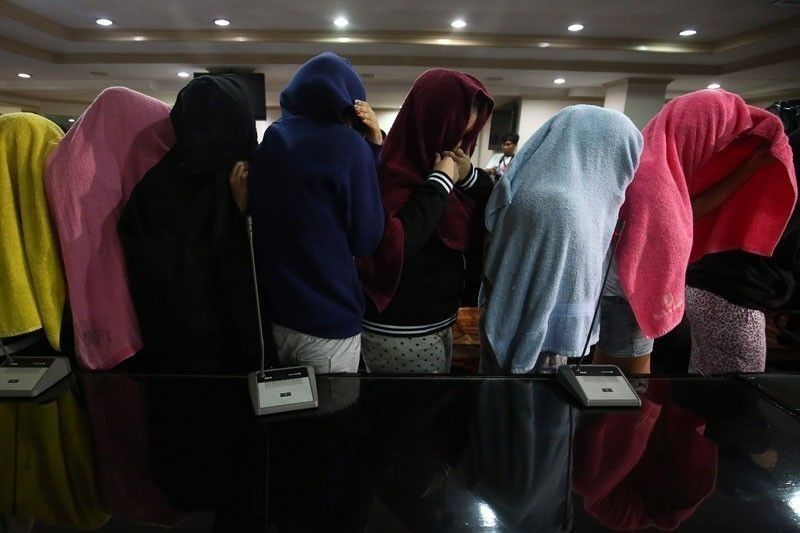 MANILA, Philippines — The Commission on Human Rights on Friday backed a Senate bill seeking to intensify the government’s efforts to crackdown on human trafficking.

In a statement released Friday, CHR said it “strongly supports the passage of Senate Bill No.1794” as well as the calls of its proponent, Sen. Win Gatchalian, “to fortify collaborations among agencies to address the human trafficking issue in the country.”

He further quantified the different forms of human trafficking as sexual exploitation, prostitution, forced labor, slavery, removal or sale of organs and pornography.

“Law enforcers, however, should establish that a crime of trafficking has been committed, is being plotted, or taking place. Conducting surveillance without a court order is punishable by imprisonment of up to 12 years,” the senator warned.

“The Commission welcomes the provision in this landmark bill to include the responsibilities of internet service providers (ISPs) and tourism-oriented establishments to proactively report such cases to law enforcement agencies and to prevent similar abuse,” CHR Spokesperson Jacqueline de Guia said.

Under the measure, ISPs are required to install available technology, program, or software to block and filter any access to any form of child pornography.

“One of the responsibilities of tourism-oriented establishments, on the other hand, is to train their staff to recognize signs of human trafficking crimes so they can report them to law enforcement agencies,” Gatchalian said.

“Quarantined online sex offenders are spending more time online, and vulnerable women and children are also confined at home, often with their traffickers. We recognize that In times of a health crisis, response to trafficked individuals is even more difficult,” De Guia warned Friday.

On July 30, CHR warned that the COVID-19 pandemic has rendered many Filipinos vulnerable to exploitation, logging an increase in the occurrence of cybersex trafficking and the online sexual exploitation of children (OSEC).

In late May, the Department of Justice Office of Cybercrime, citing data by private nonprofit National Center for Missing and Exploited Children, said 279,166 incidents of OSEC were reported from March 1 to May 24 in 2020.

This posts a 264.6% rise in cases logged during the same period last year, where 76,551 reports were recorded.

The International Justice Mission’s study, also released in May, found that the Philippines has become the world’s largest known source of online child sexual exploitation, with endemic poverty helping drive a surge in abuse.

The CHR further cited the United Nations Children’s Fund which called the Philippines “the global epicenter of the live-stream sexual abuse trade” which preys predominantly on children. — Bella Perez-Rubio with a report from Kristine Joy Patag

Credit belongs to : www.philstar.com
2020-09-10
AtinitoAdmin
Share
Previous Suspect in Oshawa, Ont., killings was largely shut out of father’s will at time of shootings, documents show
Next Pia Wurtzbach shares lessons learned during quarantine

After delays, first AstraZeneca jabs from COVAX arrive in Philippines

STATUS QUO. Travelers planning to visit Boracay still have to comply with the requirements set …