Filipino billionaires? The ultimate list should include Pacquiao and Imelda

Who are the wealthiest people in the Philippines and in the world? What lessons about success, perseverance, charities and succession planning can we learn from the best of them to help us better overcome the global pandemic crisis?

The “Bloomberg Billionaires Index” tracks the wealth of the world’s dollar billionaires with daily updates and it’s part of the media firm founded by tycoon Michael Bloomberg (who announced he’s donating $100 million to help Democratic presidential bet Joe Biden beat realty tycoon President Trump in the coming Nov. 3 election). Fortune magazine, which was purchased by a Thai billionaire of the CP Group, used to publish an annual list of the world’s richest in the 1980s that included even the Sultan of Brunei, the King of Thailand and Queen Elizabeth II.

Forbes magazine recently came out with its list of the country’s 50 richest people, led by the top 10 dollar billionaires based on the magazine’s estimates of their net worth. They are:

Based on my research and interviews, however, the ideal roster of the Philippines’ top 10 wealthiest would include:

The Sy siblings. Despite the pandemic, the SM Group led by SM malls, BDO Unibank (it is now a leader in online banking), China Bank (which in August marked its 100th anniversary in a low-key manner due to the lockdown but still earning good profits), National University and others, are resilient under the leadership of siblings Teresita “Tessie” Sy Coson, Hans Sy, et al. Manuel Villar. The former Senate President Manny Villar has bounced back from presidential election loss to become a winner in big businesses from real estate to retailing. Aside from his wife winning 22 million votes and topping the 2016 senatorial race, former businesswoman Senator Cynthia Villar is being mentioned by some quarters as a possible presidential candidate in 2022. Enrique Razon Jr. A Filipino of Spanish heritage, Ricky Razon has made his port conglomerate International Container Terminal Services Inc. (ICTSI) into a multinational firm with investments in various continents and he has also built up his Solaire Resort & Casino. Andrew Tan. The founder of the Alliance Global Group, Megaworld and Emperador has in recent years been strengthening the Philippines’ global competitiveness with his strategic and successful investments, from distillery ventures in Europe and Latin America to a major realty project in his hometown of ancient Quanzhou City, Fujian province, southeast China. His successor is son Kevin L. Tan, now CEO of Alliance Global Group, Inc. Lucio Tan. Still active in business at age 86, the self-made industrialist and founder of the diversified LT Group is one of the country’s most generous philanthropists, with annual donations of numerous rural public school buildings through the Federation of Filipino Chinese Chambers of Commerce & Industry, Inc. (FFCCCII), of which he is chairman emeritus. Among his heirs active in his companies are son, LT Group, Inc. president Michael “Mike” Tan and 28-year-old grandson, Tanduay Distillers, Inc. president Lucio “Hun Hun” Tan III. 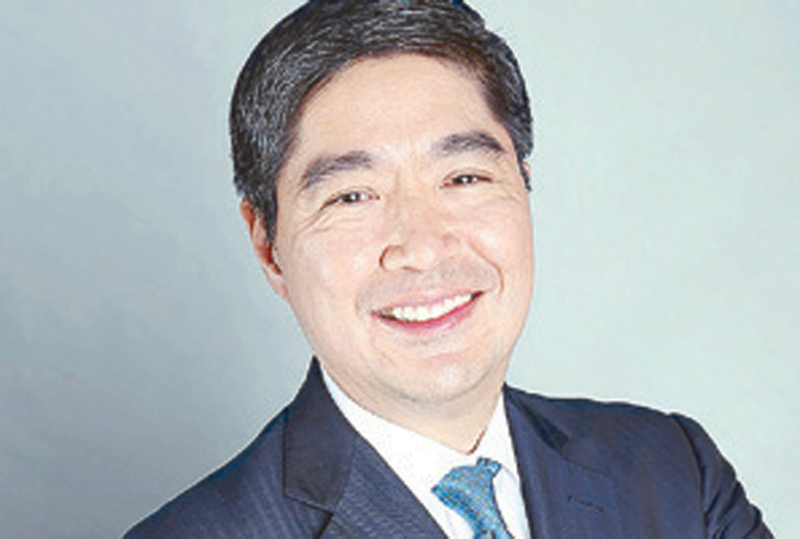 Lance Gokongwei and siblings. Lance Gokongwei is now leading JG Summit Holdings, Inc. and Cebu Pacific Air as among the Philippines’ most efficient companies. He and his siblings like Robina and Lisa are continuing the philanthropic traditions of their late father, John Gokongwei, Jr., from educational causes to various anti-COVID-19 charities. Lucio and Susan Co. Lucio Co and his wife are prime movers behind the phenomenal success of retailer Puregold. Co and also lead the Philippine Bank of Communications (PBCom). Ramon Ang. One of the top philanthropists in the Philippines is San Miguel Corp. president Ramon S. Ang, who has donated numerous medical supplies to fight COVID-19 nationwide and donated truckloads of San Miguel Mills flour to LGUs like Quezon City, Valenzuela, etc. His dream project is a new international airport in Bulacan on 2,500 hectares of land. Ang has repeatedly denied rumors that he will run for president in 2022, due to his numerous charities.

On their list of the Philippines’ top 50 wealthiest people, with the lowest-ranked person having an estimated net worth of $100 million or P4.8 billion, I think it was a mistake for them to have left out these names:

Manny Pacquiao. One of the most legendary “rags-to-riches” sagas in Philippine history is world boxing champion and now Senator Manny Pacquiao. According to Forbes magazine’s list of “the highest-paid athletes of all time,” the 42-year-old Pacquiao has personally earned $490 million.

His mansion alone in North Forbes Park subdivision, Makati City is now for sale at P1.5 billion, according to the Presello website, an online portal for realty listings. In 2015, Pacquiao also bought a 10,000-square-foot, seven-bedroom Beverly Hills mansion in California for $12.5 million (P605 million at today’s exchange rate of P48.46 to $1) and four tickets to the Pacquiao-Mayweather fight.

Imelda Romualdez Marcos. As early as December 1975, Cosmopolitan magazine had already named Imelda Marcos as one of the 10 richest women in the world. It even went a step further and speculated that Imelda was perhaps the wealthiest woman in the world — richer, even, than Queen Elizabeth II of Great Britain. Last year 2019, then outgoing Congresswoman Imelda Marcos had declared her net worth at P923.8 million.