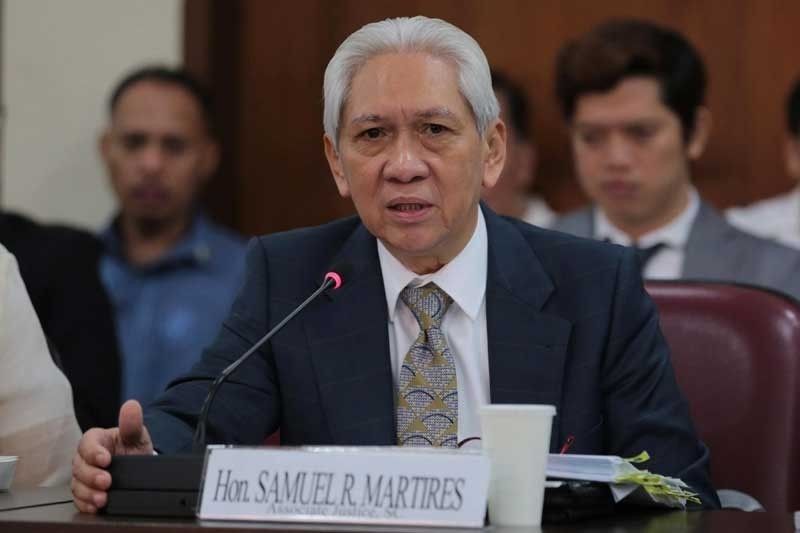 MANILA, Philippines — The wealth declaration documents of government officials will only be made available to the government under new guidelines set by the Office of the Ombudsman, the body meant to check graft and corruption in government.

Citizens requesting copies of an official’s Statement of Assets, Liabiities and Net Worth will need authorization from the official before making a request.

Duterte’s secret SALN: The lie of his FOI

In a memo dated September 10, Ombudsman Samuel Martires said a requester would only be allowed to access a public official’s SALN if one of the following requirements apply:

“In all other instances, no SALN will be furnished to the requester unless [they present] a notarized letter of authority from the declarant allowing the release of the requested SALN,” the memo further reads.

.@OmbudsmanPh restricts public access to SALN of President, Vice President and other gov’t officials. Under the Ombudsman’s new memo, the release of SALN will be limited to the SALN declarant, to court in relation to pending cases and to ombudsman investigators. | @marcelo_bethpic.twitter.com/IgYGjV35SZ

These amended guidelines prevent all other individual and groups, including media outlets, from accessing the SALN of public officials — which is seen as a safeguard against potential corruption — outside of a court order or authority from the officials’ themselves.

This comes just hours after presidential spokesman Harry Roque fielded questions from reporters over the delayed release of President Rodrigo Duterte’s SALN to the public.

Both Duterte’s 2018 and 2019 SALNs have yet to be released to the public, with the Palace taking the position that government officials only need to file their SALNs and not necessarily release them to the public.

In 2019, the Philippine Center for Investigative Journalism said the non-release of Duterte’s wealth declaration form for 2018 marked the first time in 30 years that the president of the Philippines has not made their SALN public.

“I do not know if that has been made available but what I’m sure about is that it has been filed,” Roque said Tuesday when asked about Duterte’s SALN.

“I don’t think the president is keeping anything from the public,” he added, further directing journalists to “resort to” the Freedom of Information (FOI) mechanism to access the document.

Under Duterte’s executive order on Freedom of Information, which he signed in 2016, public officials are required to “file and make available for scrutiny” their SALN in accordance with existing laws, rules and regulations.

“Invariably, all such requests filed in a series from June to November 2019 were denied because of an identical reason: The Ombudsman has yet to finalize its new guidelines on the release of the SALNs of the President and other senior officials,” PCIJ’s report said.

Now these guidelines are finalized but it only seems more unlikely that Duterte’s, and other public officials’, SALNs will be publicized.

“By all indications, Rodrigo Duterte sticks out as the lie of his own Freedom of Information (FOI) edict,” PCIJ said on its Twitter account, following the release of the Ombudsman’s memo.

By all indications, Rodrigo Duterte sticks out as the lie of his own Freedom of Information (FOI) edict.

As the @OmbudsmanPh restricts public access to an official’s SALN, let us revisit this story, published in December 2019 ????????https://t.co/wXxOiUZRCT