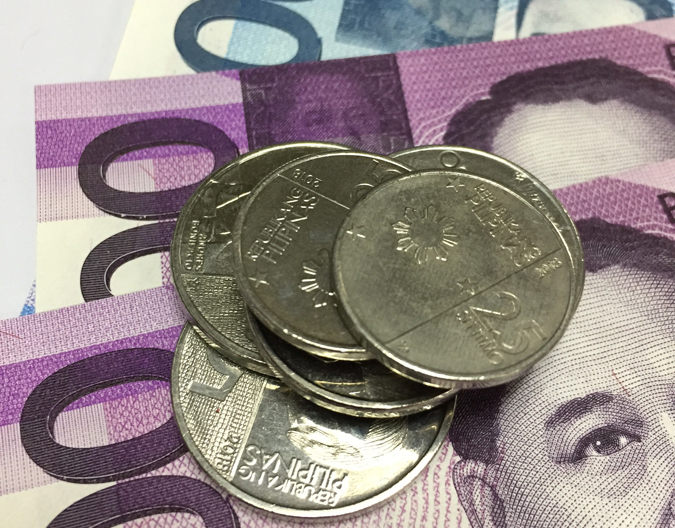 The peso weakened further Friday after Moody's Investors Service projected a deeper contraction for the economy than initially expected.

The currency closed at P48.62 to the dollar Friday, against its P48.58 close a day earlier, according to data from the Bankers Association of the Philippines.

"The currency (has fallen) 0.28% in 12 weeks,” Mr. Ravelas said in a text message, noting the “Moody's forecast of a deeper contraction this year by 7% from earlier projection of 4.5% drop in GDP.”

Rizal Commercial Banking Corp. (RCBC) Chief Economist Michael L. Ricafort said the dollar strengthened on expectations the US economy will bounce back after speculation about the rollout of vaccines against coronavirus disease 2019 (COVID-19).

The US Centers for Disease Control and Prevention (CDC) has asked state public health officials to prepare to distribute a potential coronavirus vaccine to high-risk groups as soon as late October, Reuters reported.

Drug developers including Moderna Inc., AstraZeneca Plc and Pfizer, Inc. are thought to be making progress in developing a vaccine against COVID-19.

Mr. Ricafort also said US employment is expected to pick up again as other economic indicators improved in August, particularly those dealing with manufacturing.

"The markets are also anticipating the latest jobs data on Friday which are expected to show a continuing recovery," Mr. Ricafort said in a text message.

The Institute for Supply Management (ISM) reported a factory activity index of 56.0 in August from 54.2 in July, the highest reading since November 2018 and a third straight month of growth, Reuters said.