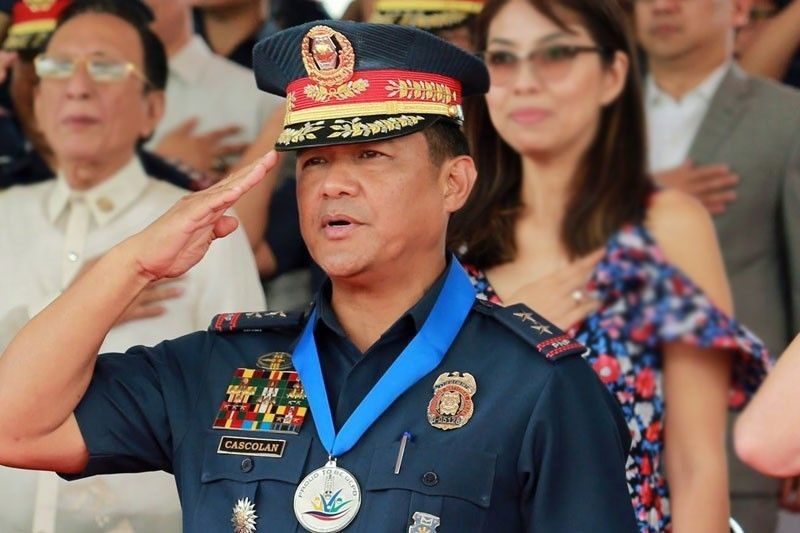 MANILA, Philippines — No extra-judicial killings happened during the administration’s campaign against illegal narcotics, and if they did, they could not have been sponsored by President Rodrigo Duterte, the chief of the national police erroneously claimed.

Speaking before reporters Monday morning at his first press briefing as chief of the Philippine National Police, Police Gen. Camilo Cascolan challenged the very existence of extrajudicial killings under the Duterte administration, saying the national government could not be behind such a campaign and pointing instead to his agency’s efforts to curb illegal drugs.

READ: NewsLab: The War on Drugs

In the same breath, he also said that it was not only criminals who died from EJKs but also police officers.

“There is no such thing as EJKs. Wala naman ‘yan eh. (That’s nothing, none of that happened.) Everything, the people, the PNP has fought it hard to really reduce illegal drugs and it’s a survival (sic) for our people,” he said at the agency’s national headquarters in Camp Crame.

“It’s not only the criminals who are being killed here. There are a lot of PNP officers who already died…’yung iba bata pa (the others were still young),” he added.

Among those killed in the ‘war on drugs’ was Kian delos Santos, a 17-year-old student whom police officers killed in a “One Time, Big Time” operation in Caloocan City in 2017.

A Caloocan court in 2018 found three police officers guilty of murder over his death.

According to local and international rights monitors, over 30,000 Filipinos have been casualties of the summary vigilante-style executions linked to the so-called “war on drugs.”

Even the PNP’s own numbers say that over 5,000 were killed in official police operations, many of whom were listed as “drug personalities” and whom police said violently resisted arrest.

“Serious human rights violations, including extrajudicial killings, have resulted from key policies driving the so-called war on drugs and incitement to violence from the highest levels of government…The campaign against illegal drugs is being carried out without due regard for the rule of law, due process and the human rights of people who may be using or selling drugs,” she said then.

In an earlier interview over CNN Philippines’ “The Source” the day he was appointed, though, Cascolan said it was high time for the agency to retool its approach against illegal drugs and begin going after higher-profile targets.

“There’s no such truth when it comes to EJK because they are supposedly state-sponsored, but will the president sponsor state killing? No. Will other people in the government do that? I don’t believe so,” he also said Monday.

“If you have that notion, come to me. We will investigate. We will do our part.”