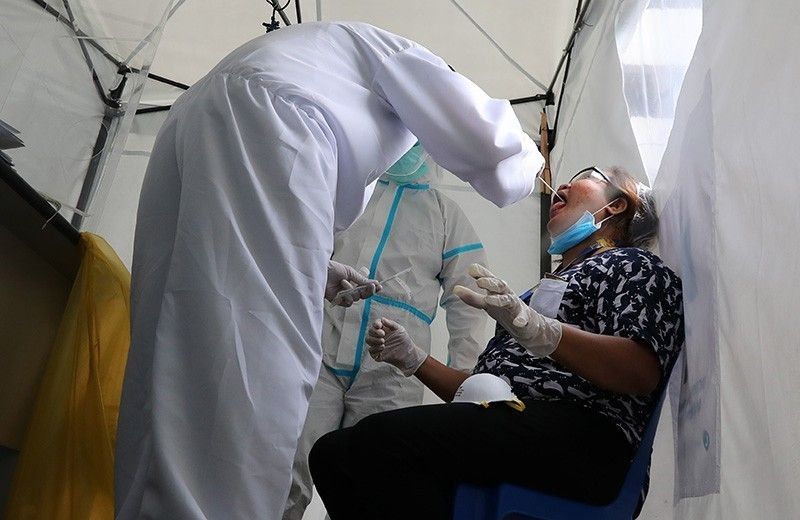 This undated photo shows health care worker takes a swab from a woman at a mobile testing site.

MANILA, Philippines — A group of petitioners from a broad network, led by former Social Welfare Secretary Judy Taguiwalo, urged the Supreme Court to act on their two-month-old petition asking the court to compel the government to conduct mass testing for COVID-19.

On Thursday, the petitioners, in a Manifestation prepared by the National Union of Peoples’ Lawyers, urged the tribunal to give due course to their petition and order the respondents to submit their comments,

It has been two months since they filed their Petition for Mandamus to direct the members of the Duterte cabinet to conduct mass testing, but the SC has yet to order the government to answer their plea.

In their latest pleading, the petitioners cited data from the Department of Health that, as of September 2, shows a testing backlog of 10,982 samples, leading to a delay in testing results.

“Clearly, the government through the DOH is not conducting enough COVID-19 tests nationwide,” they said.

Even when Metro Manila reverted back to modified enhanced community quarantine for two weeks—following a request for “time-out” from the medical professionals—“nothing changed.”

“The government did not ramp up its mass testing efforts. There is no efficient system of contact tracing. Instead, the government reiterated that its strategy is to wait for the vaccine,” they said.

But the petitioners stressed that there is still uncertainty over the production of a vaccine, prompting the World Health Organization to caution countries not to rely on it to contain the pandemic, but instead urged a “comprehensive public health response.”

READ: WHO tells countries to improve COVID-19 response instead of waiting for a vaccine

Two of the petitioners have tested for COVID-19 and had to undergo testing through private institutions. There was no efficient contact tracing conducted among their close contacts too.

“The assertions in the Petition for Mandamus ring truer than ever. It is clear that the government, even when accorded the power to implement community quarantine for six months, has mismanaged its COVID-19 response,” the petitioners said.

“The wide-ranging effects of the government’s failed COVID-19 response have been unravelling. It is now up to the SC, as the vanguard of constitutional rights to intervene and set this right,” they told the court.