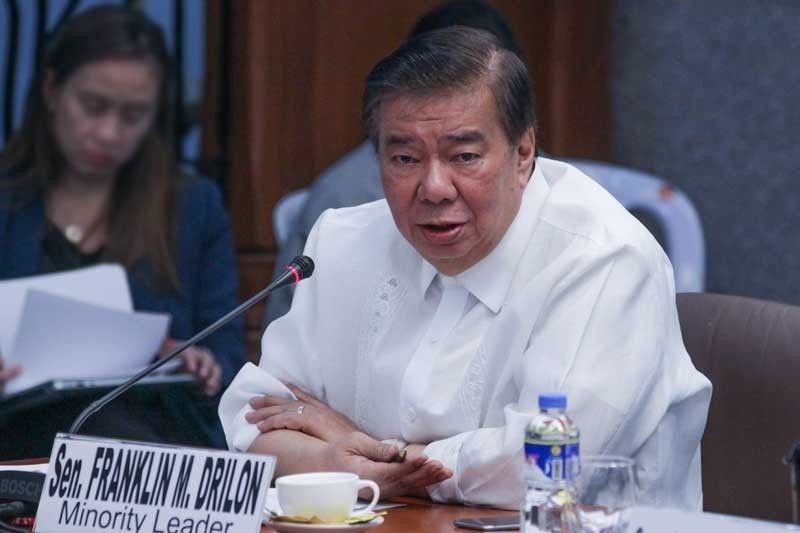 MANILA, Philippines (Updated 5:31 p.m.) — Two senators on Friday rejected a proposal by the Movies and Television Review and Classification Board to regulate streaming platforms such as Netflix and Amazon Prime Video.

“I am opposed to it. Instead of regulating Netflix and other streaming platforms, MTRCB should continue to allow them and other media to self-regulate content,” Senate Minority Leader Franklin Drilon said.

MTRCB Legal Affairs Division Chief Jonathan Presquito, during a Senate hearing this week championed the proposal, citing South Korea which he said reviews Netflix content to ensure that content is age-appropriate and contains no prohibited material.

“It’s very impractical. There are thousands of shows on Netflix alone — how will MTRCB review each one? Can the MTRCB review every single content that can be accessed through the internet? What will they do about virtual private networks that allow users to access content from other countries? If they insist on it, then taxpayers will be paying MTRCB only to stream movies and shows 24/7, 365 days,” Drilon countered in a statement.

Sen. Grace Poe, who used to head MTRCB, issued her own statement to say she was against the the proposal.

“As it is, there isn’t enough manpower or even resources to view or evaluate every single program. I think it’s counterproductive and ridiculous to suggest regulating Netflix and other streaming services,” she said.

Poe also emphasized that the MTRCB’s main role is “to classify and in its mandate, at some point, it should give way to self regulation.”

Drilon also argued that Netflix employs self-regulation mechanisms that may be more effective than those used for television.

“Each TV show and movie on Netflix is assigned a maturity rating to help members make informed choices for themselves and their children. Maturity ratings are either determined by Netflix or by a local standards organization,” the streaming service’s website reads.

It also allows parents to set viewing restrictions by maturity rating level as well as block specific shows and movies from individual profiles.

“The ratings are very specific. Upon subscription to Netflix, the parents can set what content their children can view. It has mechanisms that limit children’s access — a feature that free TV does not have,” Drilon argued.

“If the platform is able to effectively self-regulate and has installed features through which access, particularly by certain age groups can be limited, then there is no role left for the MTRCB to play”, he added.

‘MTRCB unable to evolve from its martial law origins’

Drilon further hit the regulatory board, calling it a martial law creation that has been unable to shake its roots.

Late dictator Ferdinand Marcos created the MTRCB in 1986 through a presidential decree, with the expectation that “through the participation of industry leaders, the industry can eventually self-regulate after it has demonstrated its maturity, self-reliance and dependability.”

“The goal has always been self-regulation by the industry,” he said.

Drilon further argued that the 1987 Constitution, which was ratified a little less than a year after Marcos was toppled, “prohibits censorship on content as it is tantamount to prior restraint and infringes on the constitutionally guaranteed freedom of speech and expression.” — Bella Perez-Rubio with a report from Paolo Romero of The STAR