UN rights chief calls for end to policies, rhetoric that lead to abuses and killings in Philippines 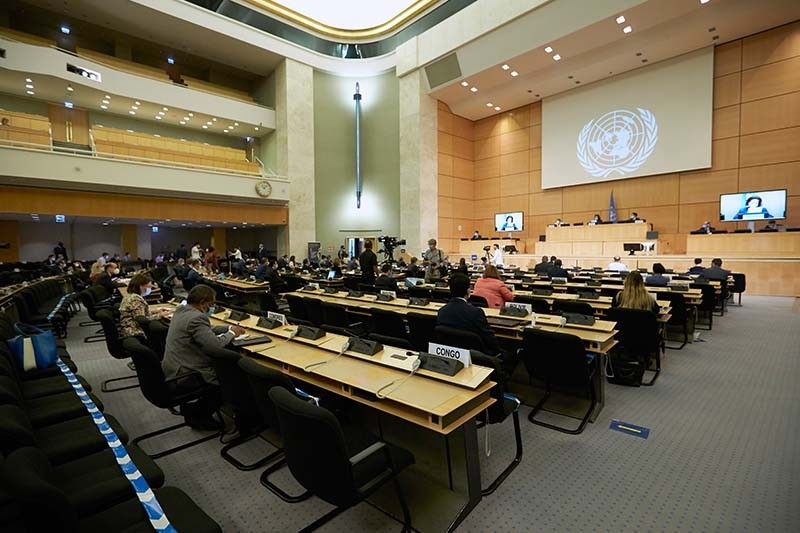 In her opening statement at the 45th session of the Human Rights Council in Geneva, Bachelet called for the upholding of human rights principles, norms and actions that she said will bring better social, economic and political stability.

Those principles include social protections, as well as institutions that promote respect for the views and rights of all members of society as well as policies that “require accountable policing and access to justice help to avert the escalation of tensions and grievances into violence and conflict.”

Referring to the the UN rights office’s work in the Philippines, Bachelet acknowledged that the Department of Justice committed in June to review 5,655 anti-illegal drug operations where “drug personalities” were killed. The government has repeatedly said that extrajudicial killings are not government policy and that the dead “drug personalities” forced law enforcement personnel to shoot back and kill them.

“We are seeking details from the government so we can advise and assess the review panel’s scope, process and efficacy,” Bachelet said. “However, beyond this initial process, there is clearly an urgent need to revoke the policies that continue to result in killings and other human rights violations, to bring to justice the perpetrators, and to halt the use of rhetoric inciting violence against people who use or sell drugs.”

President Rodrigo Duterte, the most vocal in government about killing people over their alleged involvement in the illegal drug trade, has often argued that it is not illegal to threaten to kill alleged drug traffickers.

In a televised address last week, he explained that the pardon of convicted killer Joseph Scott Pemberton was done out of fairness. In the same breath, he said that law enforcement should be cruel to those involved in drugs.

“I am also concerned by harassment, threats and violence against journalists, activists and critics; the passage of anti-terrorism legislation with many problematic provisions; and the president’s announced intention to reinstate the death penalty,” Bachelet said.

The Palace has in the past labeled human rights concerns from the UN or from elsewhere abroad as interference with domestic policy and has said that the government is committed to upholding human rights.

It has also said that criticism from abroad is inconsistent with the situation on the ground, although the government has yet to invite UN special rapporteurs to check on human rights concerns.

“I encourage the council to remain active on this situation and to support my office’s continued monitoring and reporting — including to this council — as well as our technical cooperation to implement the report’s recommendations, and to continue to pursue accountability,” Bachelet also said.

In her statement, Bachelet stressed that “in a context of sharply escalating suffering and turmoil across the world, human rights principles, norms and actions offer effective solutions to build stronger resilience to shocks, and counter despair, by preventing social, economic and political instability.” — Jonathan de Santos