Joey Moss, who worked as a locker room attendant with the Edmonton Oilers and Edmonton Football Team for decades, has died at age 57.

Moss, who was born with Down syndrome, worked as a locker room attendant with the Edmonton Oilers and Edmonton Football Team for decades. He was inducted into the Alberta Sports Hall of Fame in 2015.

In a statement, Moss’s family said he died peacefully Monday with his family by his side.

“Joey was a remarkable person who taught us to love, laugh, and enjoy life always,” the statement said.

Moss was introduced to the Oilers in the 1984-85 season by Wayne Gretzky and became a fixture with the team ever since. Gretzky said the two had a friendship that spanned decades.

“Janet and I are profoundly saddened to learn about the passing of Joey Moss,” reads a statement posted to the Wayne Gretzky Estates Winery & Distillery Facebook page.

“Not only was Joey a fixture in the Edmonton dressing room, he was someone I truly considered a friend — a friendship that spanned over 35 years.

“Joey was not only the spirit of our team, but of our community too. We will miss you Joey and you will always live on through all the memories you have given so many people. Our thoughts are with all of Joey’s loved ones.”

The <a href=”https://twitter.com/hashtag/Oilers?src=hash&amp;ref_src=twsrc%5Etfw”>#Oilers</a> organization is extremely saddened by the passing of our dear friend &amp; colleague, the legendary Joey Moss.<br><br>Once an Oiler, always an Oiler.<br><br>RIP, Joey. 🧡💙 <a href=”https://t.co/KJSkN9oO9W”>pic.twitter.com/KJSkN9oO9W</a>

Moss helped staff with such tasks as filling water bottles, laundry and equipment duties, but became more than an attendant over the years by providing inspiration to the locker room.

Moss was a mainstay in the Edmonton sports scene and a beloved sports figure in the city. In addition to his locker room role, Moss is known for his enthusiastic renditions of O Canada.

“Edmonton lost a hero today,” the team said in a statement. “Joey’s bravery, humour, strength, work ethic and perseverance in our dressing room and in our community left indelible impressions that will live with us all.

“More than that, Joey endeared himself to everyone in our province, our country and beyond, no matter who they were. He was a symbol of what true teamwork is comprised of and we are all better for having known him. He touched us all.” 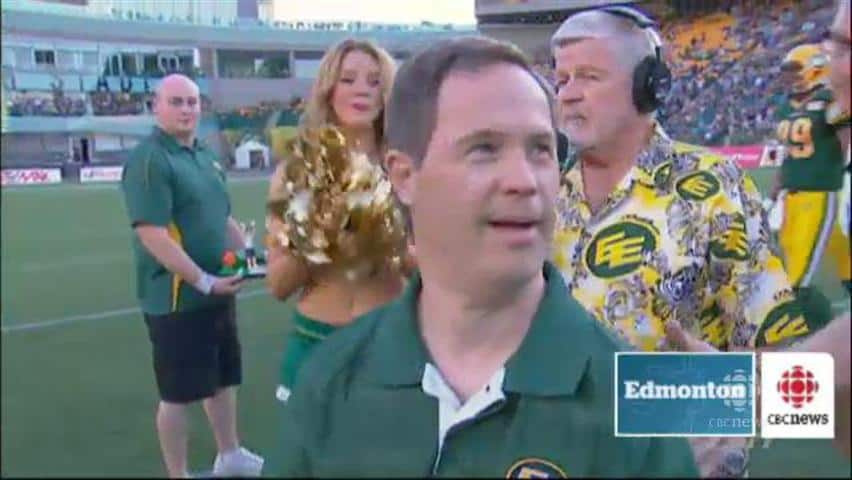 Moss has worked as a locker room attendant for both the Edmonton Oilers and Edmonton Eskimos for 30 years.

Former Oilers captain Andrew Ference told CBC News that Moss was a legend in Edmonton and news of his death was “devastating.”

“He was a legend of all legends within the city,” said Ference. “If Wayne [Gretzky] got a statue, Joe’s got to have one right there too. He’s that big to the city and to the people that interacted with him. I hope Joe gets his due, because he meant a lot to a lot of people.”

In October 2008, Moss was honoured with a mural in Edmonton for his service with both clubs.

Moss was awarded the NHL Alumni Association’s “Seventh Man Award” in 2003, for those “whose behind-the-scenes efforts make a difference in the lives of others.”

In 2012, Moss was recognized with a Queen Elizabeth II Diamond Jubilee Medal.

The family statement said donations can be made to the Winnifred Stewart Foundation, an organization for people with disabilities.

With the greatest of all-time… and #99. Oil Country sure won’t be the same without you, Joey. Thanks for always brightening up any day and may you rest easy my friend. <a href=”https://t.co/p7yGRqTdbk”>pic.twitter.com/p7yGRqTdbk</a>

Doctor warns of the ‘darkest weeks’ ahead with COVID-19 as U.S. hospitalizations surge

Manitoba First Nations disproportionately hit by COVID-19 with 11 deaths, 625 cases in past week

Walmart Canada plans to give 85,000 employees a one-time COVID-19 bonus