“Grow up. Stop going out there and giving people COVID.” Manitoba Premier Brian Pallister delivered that blunt message Monday to those ignoring public health orders after officials warned they are seeing too many COVID-19 cases with large numbers of close contacts, putting strain on the province’s health system.

“Thoughtful Manitobans are making sacrifices, tough sacrifices … while other people are doing dumb things, and those dumb things are endangering all of us,” Pallister said at a news conference Monday afternoon.

“Grow up. Stop going out there and giving people COVID.”

“If that would be difficult for you, it probably means you’ve had way too many contacts over that period of time,” Roussin said at a news conference Monday afternoon.

Roussin announced 100 new cases of COVID-19 in Manitoba, with 80 people in hospital, a test positivity rate of 7.1 per cent and another death at the Parkview Place Long Term Care Home.

Many of the new cases are linked to social gatherings, including Thanksgiving, he said.

In one case, someone went for a medical procedure without disclosing that they had been in close contact with a known COVID-19 case, which meant dozens of health-care workers, including an entire surgical team, had to self-isolate for two weeks.

One person who tested positive had a gathering at their home, exposing many people.

Another person who likely acquired COVID-19 at a faith-based gathering visited a personal care home, beginning an outbreak at the facility, Roussin said.

In another case, a person attended a funeral in Lake Manitoba First Nation on Oct. 12 while they were infectious but did not have symptoms.

As Manitoba sees a continued increase in COVID-19 cases, it’s seeing an unprecedented surge in its hospitals and ICUs. As pressure to close parts of the province mounts — officials are pointing fingers and doctors are bracing for the worst.

Last week, the province had 831 new cases, bringing the total number of cases in Manitoba since the beginning of the pandemic to 4,349. If that trend continues, the province could reach a total of 5,000 cases by the end of the week, Roussin said.

The warnings came on a day when Roussin announced a record-setting 80 people with COVID-19 in hospital in Manitoba.

The death announced Monday was a woman in her 80s connected to the outbreak at Parkview Place, which brings the number of deaths at the personal care home to 18.

A total of 55 people have now died from COVID-19 in Manitoba.

The number of Manitobans in hospital with the disease caused by the novel coronavirus has risen sharply, more than doubling over the course of about a week, from what was a record-breaking 29 on Oct. 18.

The number of patients in intensive care nearly doubled over the last few days, from eight on Oct. 22 to 15 on both Sunday and Monday.

Roussin was joined at the news conference by Lanette Siragusa, chief nursing officer for Manitoba Shared Health, for the first time since Aug. 4.

He called it “disappointing” that she had to return to give updates on the state of the health-care system.

Siragusa said the health system still had capacity in both medical and intensive care units.

“However, if we continue to see increases like this, we will likely need to implement some of the measures that we took in the spring,” she said, such as postponing elective or non-urgent procedures to free up capacity. 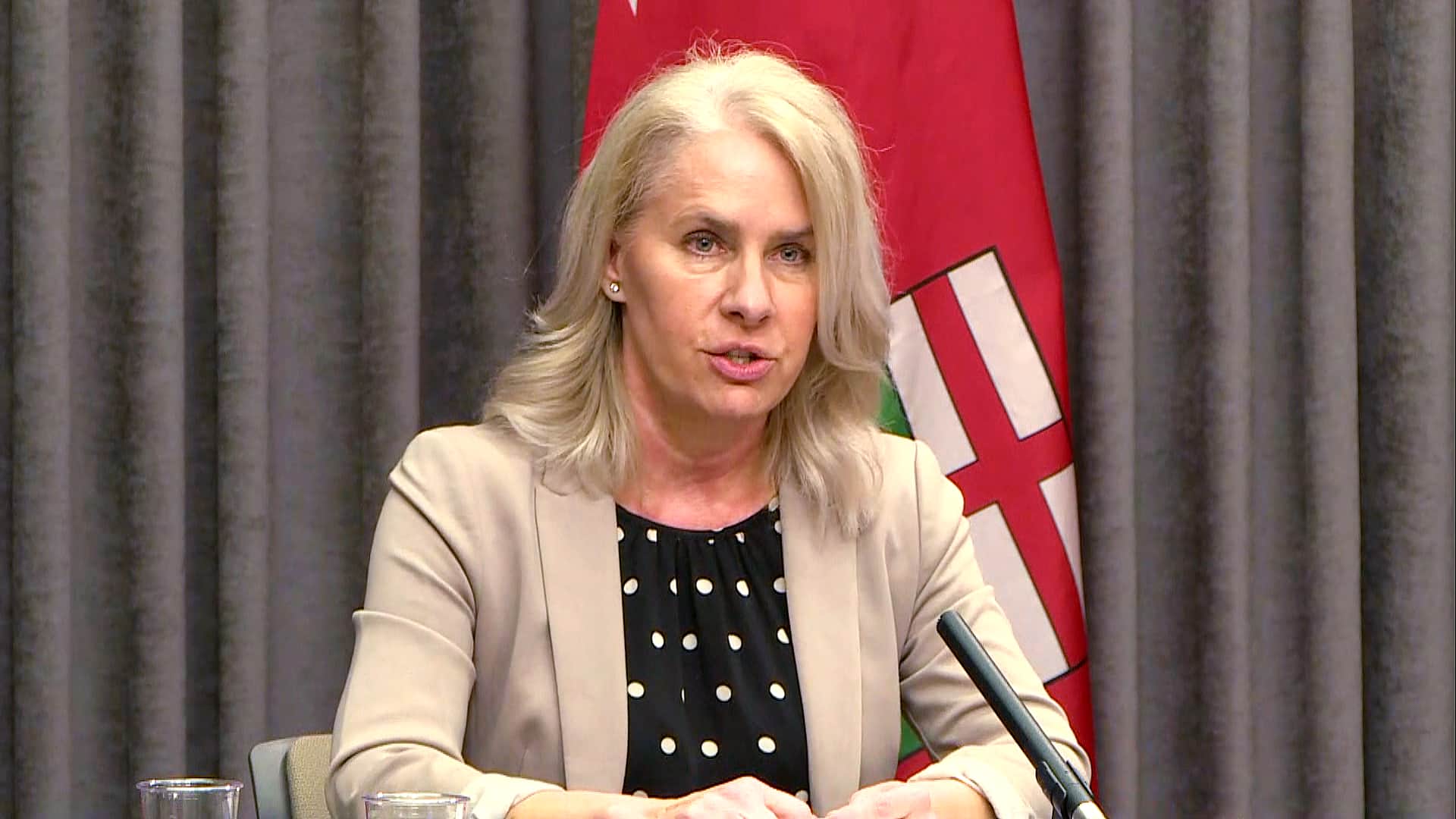 ‘It does feel like it’s on the brink,’ says chief nursing officer

Lanette Siragusa, chief nursing officer for Manitoba Shared Health, empathized with health-care staff over fears of escalating cases in hospital and how those are putting pressure on the system.

Health-care workers are under increasing stress, Siragusa said. “It does feel like it’s on the brink.”

Nearly three-quarters of the new cases, 73, are in the Winnipeg health region. In the Northern Health region Monday, 10 new cases were confirmed and the region moved to the orange or restricted level on the province’s pandemic response system.

The new numbers come as stricter COVID-19 control measures go into effect in Winnipeg schools as well as in northern Manitoba. 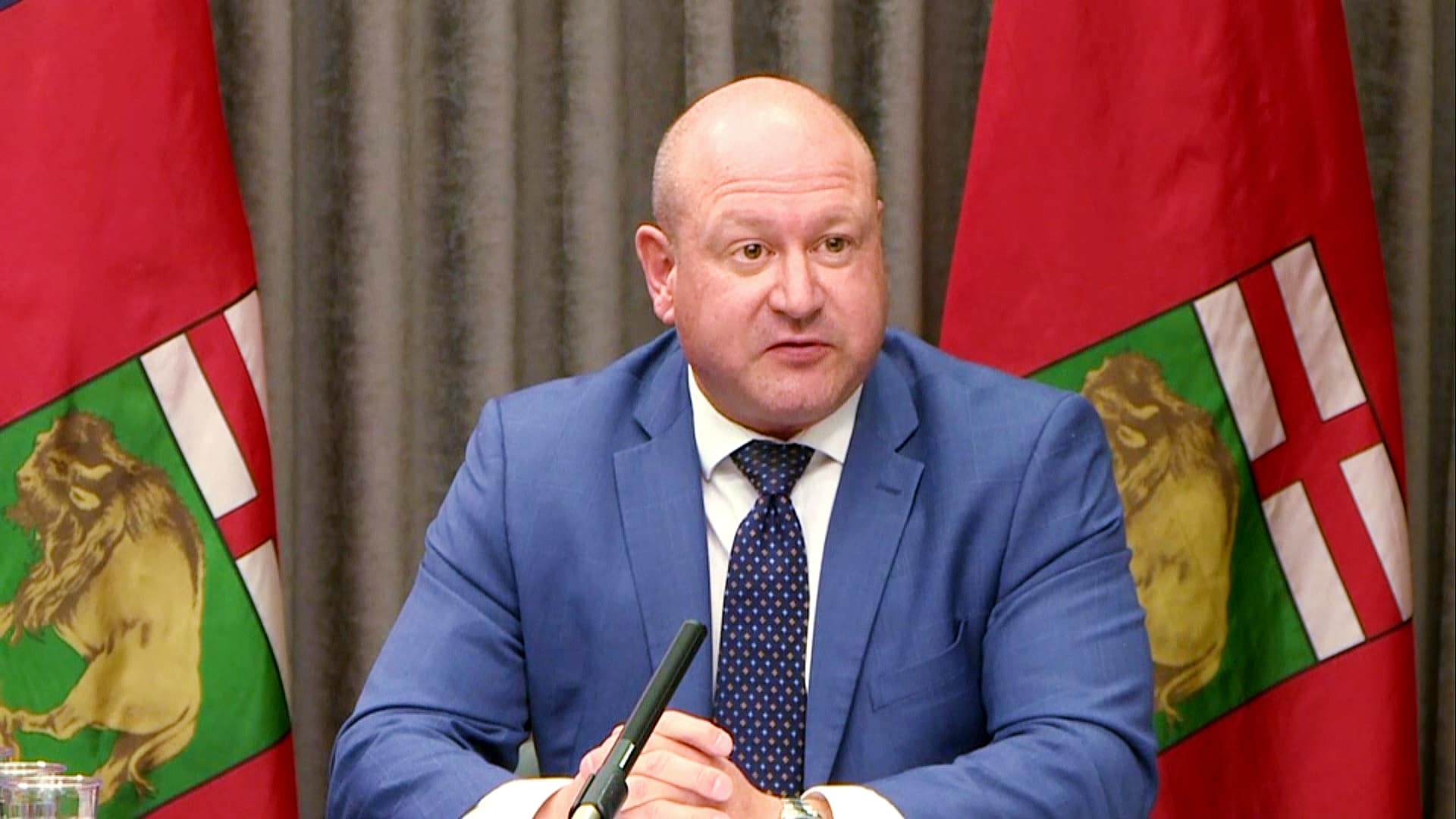 ‘Halloween is going to look different this year’

The rules in northern Manitoba are now the same as those in place in the Winnipeg area, including a five-person cap on gatherings.

The strain on the health-care system includes an outbreak at St. Boniface Hospital that spread to a third unit last week. One person connected to the outbreak has died and 31 people — 22 patients and nine workers — have tested positive.

The provincial government also released its latest weekly COVID-19 surveillance report for the week of Oct. 11 to 17 on Monday.

The report says 156 health-care workers had the virus, 27 more than the week before. The new cases included four nurses and eight health-care aides.

Cameron MacLean is a journalist living in Winnipeg, Man. where he was born and raised. He has more than a decade of experience covering news in the city and across the province, working in print, radio, television and online.