She said it is “an act of love” to celebrate over video links instead of in person because of the rising number of COVID-19 cases.

“Too close is too close even if you are outdoors,” Tam said.

Federal officials said earlier Tuesday that 3.4 million Canadians have uploaded the government’s COVID Alert app. A total of 160,000 of those uploads occurred in the last 24 hours, officials said in a briefing.

They could not say which provinces saw the highest uptick in usage. Quebec became the latest province to adopt the application on Monday.

U.S.-based Abbott Laboratories can now sell and distribute the Panbio COVID-19 Ag Rapid Test Device, which can produce results in less than 20 minutes. Health Canada has authorized it as a point-of-care test, meaning it can be used by trained professionals in pharmacies, walk-in clinics or doctors’ offices. 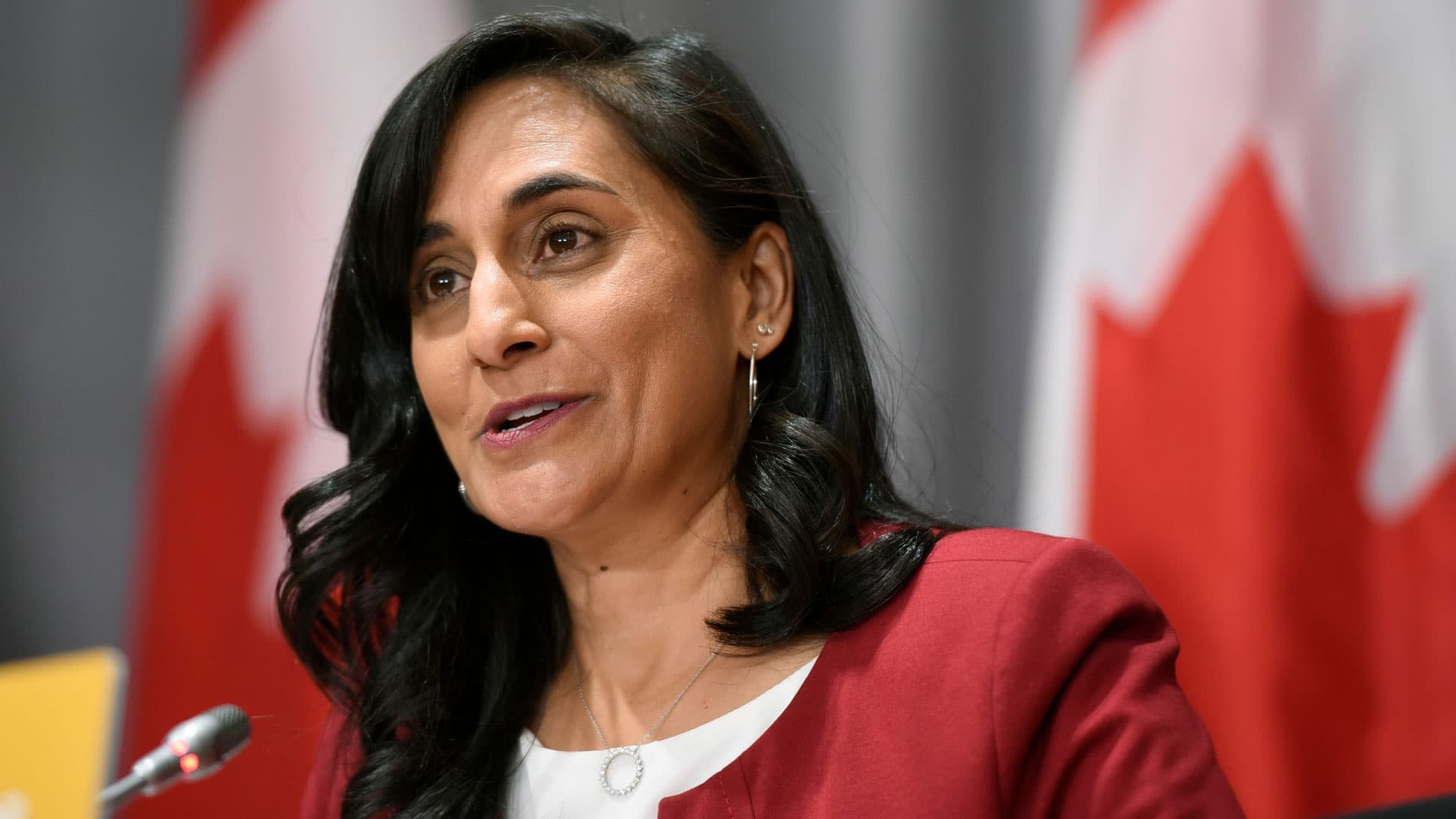 The rapid antigen tests — which, depending on the device, use matter collected from a nasal or throat swab — don’t require the use of a lab to generate results. While much faster, these tests are considered to be less accurate than the “gold standard” — the polymerase chain reaction (PCR) testing process currently in use across Canada.

What’s happening in the rest of Canada

As of 7:30 p.m. ET on Tuesday, Canada had 171,323 confirmed or presumptive coronavirus cases. Provinces and territories listed 143,994 of those as recovered or resolved. A CBC News tally of deaths based on provincial reports, regional health information and CBC’s reporting stood at 9,530.

Quebec reported 1,364 new cases of COVID-19 — the highest single-day total ever reported in the province — and 17 more deaths on Tuesday. Hospitalization rates also continued to rise, with an increase of 36 in one day, bringing the total now in hospital for COVID-19 to 397.

With the province marking its fifth consecutive day with over 1,000 cases recorded, Health Minister Christian Dubé called on all Quebecers to stay home, regardless of the alert level in their region.

Ontario reported another 548 cases of COVID-19 on Tuesday, with nearly two-thirds of new cases in the Greater Toronto Area. Health Minister Christine Elliott said about 61 per cent of the new cases are in people under 40 years old.

The province’s network of labs processed more than 42,000 test samples for the novel coronavirus, while the backlog sits at 55,483. To help labs clear the backlog of test samples, which at its highest grew to more than 92,000, the province’s appointment-only testing plan has officially came into effect. Health experts have warned the shift could result in artificially low new daily case counts later this week.

Alberta added 276 new cases on Tuesday, the largest single-day increase since April. The province also added one more death, a woman in her 70s in the Calgary zone.

Nova Scotia will ramp up COVID-19 testing and pilot a gargle test at the IWK Health Centre, Premier Stephen McNeil announced during a news briefing Tuesday.

McNeil said the province’s primary assessment centres will be larger and open longer with increased staffing. Lab capacity is being increased to process 2,500 tests per day by mid-November. Equipment will also be added in Sydney in early November so tests won’t have to be sent to Halifax to be analyzed and processed.

Manitoba announced Tuesday 56 new cases and said one more person with COVID-19 has died. The latest death, a woman in her 70s from the Whitemud district in the Prairie Mountain Health region, brings the total number of COVID-related deaths in Manitoba to 24.

One of the residents of Manoir Notre Dame who has COVID-19 is over 70, the other is over 80, Dr. Jennifer Russell said at a news conference. Russell described both as being in “stable” condition. She said a team was in place to test the other residents and that said some staff members have reported COVID-19-like symptoms.

P.E.I. is stepping up public health enforcement against COVID-19 with new rules around work-isolation.

Workers, who are not in health care or designated as rotational workers who are regularly in and out of the Atlantic bubble, must now apply to be allowed to work-isolate. Work-isolation allows people to go to work with special restrictions, but otherwise they must stay at home.

According to Johns Hopkins University in Baltimore, the global total of confirmed coronavirus cases stands at more than 35.5 million. More than 1,040,000 people have died, while over 24.8 million have recovered.

In Asia, Japan and South Korea have agreed to resume business travel between the two countries starting Oct. 8, according to the Japanese Foreign Ministry. South Koreans will be able to enter Japan for business and conduct work but will be required to undergo a 14-day quarantine after entry, the ministry said in a statement Tuesday.

India has registered 61,267 new coronavirus cases, its lowest daily increase since Aug. 25. The country with nearly 6.7 million reported infections has had the highest single-day increases in the world for nearly 45 days. The last three weeks, however, have seen a gradual decline.

African nations have teamed up to combat the pandemic, with painful memories of millions of Africans dying in the decade it took for affordable HIV drugs to become available on the continent.

In Europe, North Macedonia says it will relax border restrictions for visitors from four neighbouring countries. Effective Oct. 12, visitors from Serbia, Kosovo, Montenegro and Bosnia and Herzegovina will no longer have to carry negative COVID-19 test results to be allowed entry, officials said Tuesday.

Italy’s health minister says the government is examining a proposal to make masks mandatory outdoors, with the number of infections growing steadily for the last nine weeks. Roberto Speranza said that as infections spread, it is necessary to return to restrictions that were gradually loosened over the spring and summer months after Italy’s strict lockdown of nearly three months.

Argentina’s government won plaudits for a tough early lockdown that began March 20, but since then has been forced to loosen restrictions to help revive an economy already in recession for two years and as poverty levels and unemployment have risen.