The RCMP officer who arrested Meng Wanzhou at Vancouver International Airport in December 2018 says he knew immediately that her extradition case was “high-profile.”

Const. Winston Yep testified in B.C. Supreme Court Monday about the hours leading up to the Huawei chief financial officer’s arrest on Dec. 1, 2018.

He said he was handed the file the day before and even though he didn’t know who exactly Meng was — he knew she was important.

“I didn’t know too much about it. All I know is that Huawei was the largest telecommunications company in the world,” Yep said.

“She’s the CFO of Huawei and a high-profile person.” 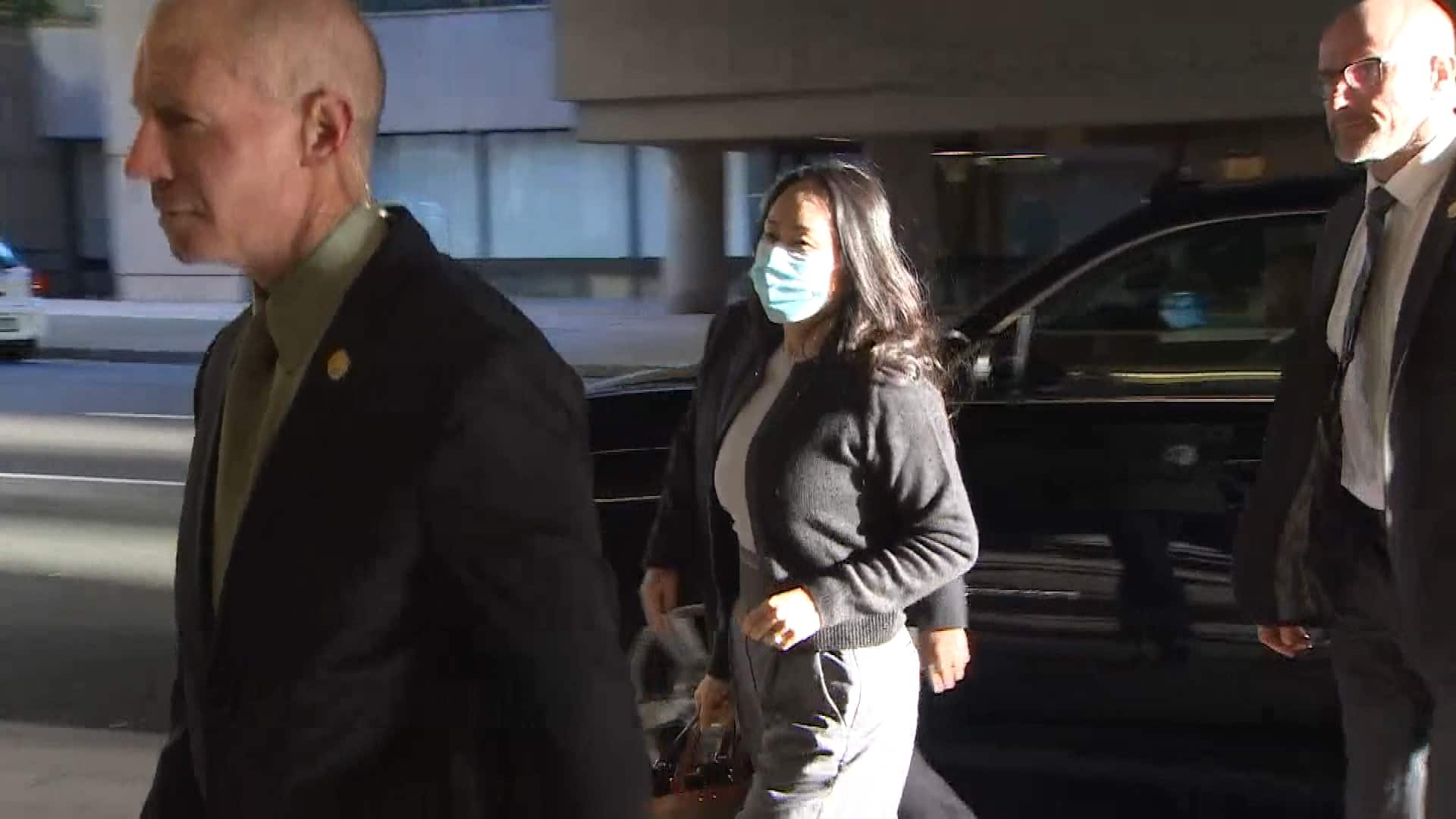 Meng Wanzhou arrives at court to listen to her arresting officer

Huawei CFO Meng Wanzhou was in court again Monday, this time to listen to testimony from Const. Winston Yep, the officer who arrested her at Vancouver International Airport on Dec. 1, 2018.

Yep is the first of 10 witnesses expected to take the stand over two weeks of testimony from the RCMP and Canada Border Services Agency officers who were involved in Meng’s arrest for extradition to the U.S.

The testimony will be broken into two weeks — one now, and one at the end of November. The witnesses will be questioned and cross-examined as both sides gather evidence for a hearing in February at which Meng’s lawyers plan to argue that her rights were violated during her arrest.

She is charged with fraud and conspiracy for allegedly lying to HSBC about Huawei’s control of a subsidiary that was accused of breaching U.S. economic sanctions against Iran.

Prosecutors claim that by relying on those alleged lies to continue financing Huawei, the bank put itself at risk of loss and prosecution for violating the same set of sanctions.

Much of the questioning is expected to centre around the decision to have CBSA officers detain Meng for three hours before Yep arrested her.

They questioned her during that time without a lawyer and seized her electronic devices, compelling her to give the passwords, which the Crown has admitted the CBSA then passed along to the RCMP by mistake.

Yep was working in the RCMP’s foreign domestic liaison unit when he was asked to get a provisional arrest warrant for Meng.

He said he didn’t treat Meng’s arrest any differently than any of the other arrests he has made as an RCMP officer.

But Yep said the case is only the third extradition he has been involved in, and he was in the process of carrying out his second extradition arrest with a partner when his supervisor called him about Meng.

Yep said the U.S. had also asked for Meng’s electronic devices to be seized and provided special bags for that purpose, which prevented them from being remotely accessed.

“It didn’t cause me any concern,” he said. “It was part of the execution of the arrest process.”

Yep said he and his partner went to the airport the same evening in order to ascertain that Meng was actually on the Cathay Pacific flight that was scheduled to arrive from Hong Kong the next day. But he said it hadn’t taken off before they left for the evening.

In the meantime, he said a supervisor sent a note suggesting they board the plane on landing and arrest Meng then. But Yep said he didn’t “think that was a good idea.”

“We didn’t know Ms. Meng,” he said. “We didn’t know who she was travelling with and what she was capable of. Plus, you have other passengers there. It’s a risky situation.”

‘This is your jurisdiction’

Yep insisted that the RCMP and CBSA officers had no clear plan for how the arrest would play out when they met on the morning before Meng’s flight landed. But he insisted that he always understood that the CBSA was the agency that had jurisdiction.

“I said, ‘this is your jurisdiction, we want to work with you guys,'” Yep said. “What do you suggest we do here?”

But he said, “it was always going to be me who was effecting the arrest. Because I had the warrant and this was an RCMP matter.”

Yep said the CBSA officers agreed to seize Meng’s devices, but he said they were never asked to search the contents.

And he insisted that no one asked the CBSA officers to question Meng about anything with regards to the allegations against her.

“I did not give CBSA any directions on what to ask Ms. Meng,” Yep said. “We left it up to them to do their process and when they were done their process I was going to execute the warrant. We let them do their job.”

Yep described sitting in a room, waiting for the CBSA to deal with Meng before she was finally brought in for him and a fellow officer to arrest. He was in a suit, and his colleague was in full uniform.

He said Meng was surprised, but cooperative.

He said he also made the decision to handcuff Meng with her hands in front of her body, and not behind as is usual.

“Why handcuff her at all?” asked Crown prosecutor John Gibb-Carsley.

Gibb-Carsley asked Yep about the wording of the warrant which commanded him to “immediately” arrest Meng. The defence has accused the CBSA and RCMP of ignoring the judge’s directions by having customs officers interrogate her beforehand.

“You don’t just rush in to arrest somebody without knowing your environment,” Yep said.

Meng has denied the allegations against her.

Jason Proctor is a reporter in British Columbia for CBC News and has covered the B.C. courts and mental health issues in the justice system extensively.