The front door is forced open with a battering ram, then an officer yells “Police, don’t move!” twice, before throwing a stun grenade. As smoke fills the room, at least eight tactical officers fan across the apartment with their semi-automatic rifles pointed in search of their suspect.

Inside one of the bedrooms, they found a 12-year-old boy roused from his sleep, but their target wasn’t there, the family said. The window screen beside the bunk bed had been pushed open and police could see the body of 23-year-old Anthony Aust on the grass below.

Ben Poirier, Anthony’s stepfather, told CBC’s The Fifth Estate that he was on the balcony having a coffee and a cigarette when police crashed through the door — a door, Poirier said, that wasn’t even locked. All police had to do was knock, he said.

Instead, “the place looked like a war zone,” he said.

Poirier said the SWAT officers pushed him to the floor and handcuffed him with his arms behind his back. The 68-year-old said he has had three strokes and started to feel chest pains. He said the officers didn’t believe him until they saw his body slump.

As police removed the handcuffs, Poirier started calling for his children. What he didn’t know was that his oldest stepson had jumped out the window, falling 12 storeys to his death.

‘In my heart and mind, he was still alive’

At around the same time, Nhora Aust, 50 who works as a driver for special education students, was frantically trying to get home. Her son’s probation office had just called to inform her that Anthony’s GPS ankle monitor had set off an alarm. He was in breach of his bail conditions because he wasn’t in the apartment, nor was he with his sureties.

When Aust returned home to 2020 Jasmine Cres., in the Ottawa suburb of Gloucester, she saw that the parking lot was teeming with police and paramedics. Anthony’s body lay under a yellow tarp near the side entrance of the apartment tower. She told CBC that she went into shock. 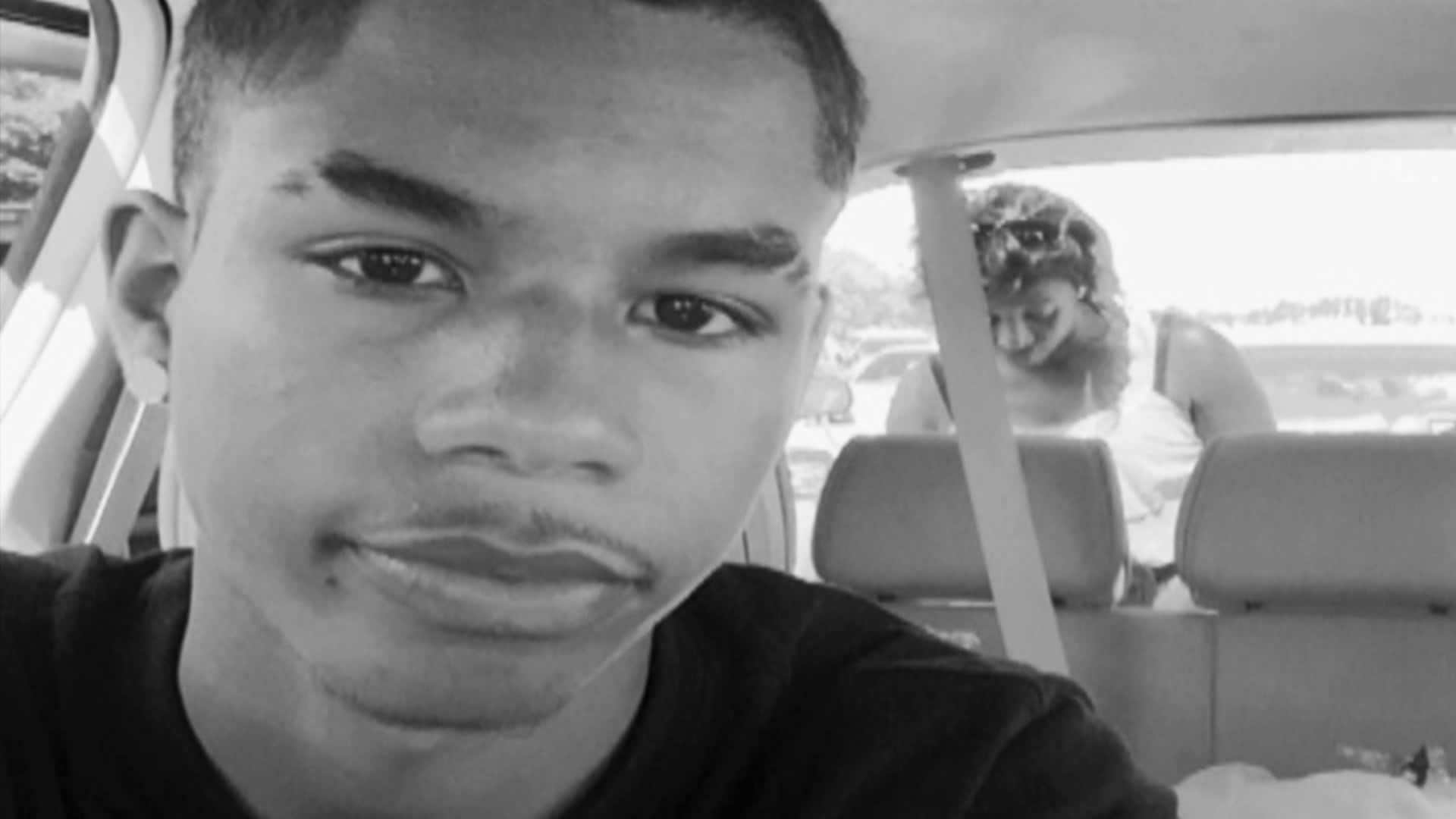 The family of a Black Ottawa man who fell to his death on Wednesday after police burst into his family’s apartment with no warning to carry out a search warrant speaks out. A judge had criticized Ottawa police’s overuse of this no-knock method.

As part of his bail plan, Anthony could only leave the apartment with either his mother, father or uncle, who were his sureties. His family was worried about his mental health and that he was falling into a depression.

Aust said she believes her son jumped because he didn’t want to return to jail.

As part of the bail arrangement, Aust said she provided the Crown and police with a list of the people who live with her. It includes her 94-year-old mother, 12-year-old son and 13-year-old daughter, along with her second husband, Ben.

They were all inside the apartment during the raid, along with Anthony’s girlfriend. 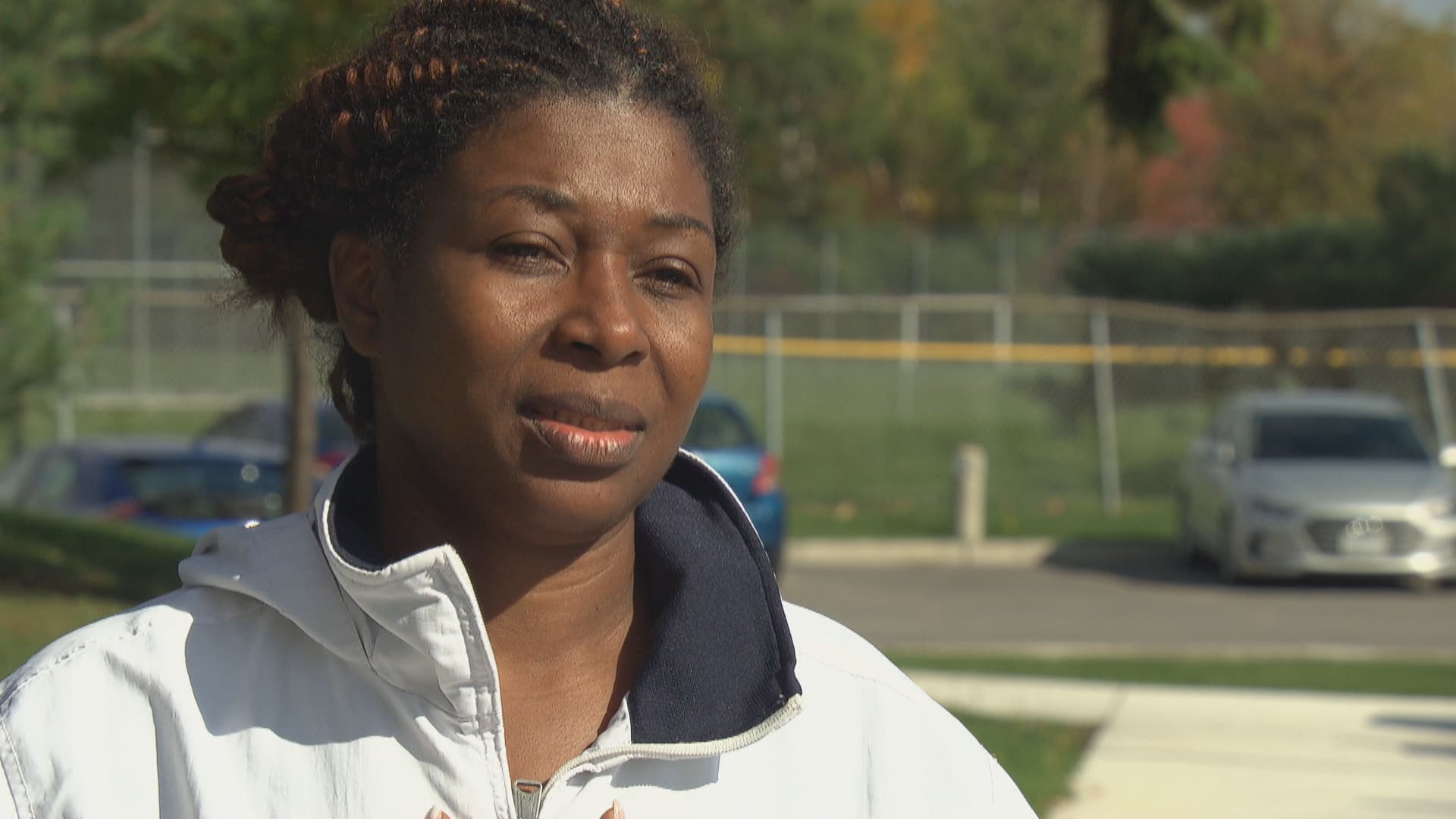 Nhora Aust says her son was just a kid and now he won’t get the chance to know life.

Aust said police told her they were looking for a gun and cocaine. She wasn’t told if they found anything.

“What judge would sign a [no-knock] warrant under those conditions, knowing all those people in the house?” asked Aust. “There is no justice. I’m not going to get my son back. They have to stop doing this. I’m lucky my husband is alive…. I’m lucky my [other] children are alive.”

Aust said she isn’t confident that Ontario’s police watchdog will lay charges in her son’s death. The Special Investigations Unit (SIU) has assigned four investigators to the probe, which will take months to complete.

On Thursday, the SIU said in a statement that two police officers have been designated as witness officers, and “designation of the subject officer(s) is pending.” One civilian witness has been interviewed, the statement said, adding that an autopsy was performed on Thursday.

In a tweet on Wednesday, Ottawa police stated that it has “invoked its mandate in relation to a police investigation” into the incident. “Any further information will come from SIU.”

Only five per cent of SIU cases result in charges, the agency said in 2019.

Canadian police forces refer to no-knock warrants as “dynamic entries.” Before he retired in 2018, Jeff Kilcollins was a duty inspector on the Ottawa police force and was on the SWAT team for two decades. He called dynamic entries the “bread and butter” of tactical officers because of how common they are.

“We conduct hundreds of them a year in Ontario,” he said.

Kilcollins said most no-knock warrants are issued when there is a concern that suspects will try to destroy evidence if police don’t act quickly and with surprise.

Raymond Aust, 20, Anthony’s brother, said Ottawa police should have known that a no-knock raid in a highrise building could be dangerous.

“I was mad. Whatever they were trying to do, it was wrong. There was no justification in the whole situation. There’s way too many officers. It’s a 12th-floor apartment. There’s no due diligence there.”

When he saw the raid on the home security video, Raymond, a student at Queen’s University in Kingston, Ont., downloaded the video to his phone and sent it out to reporters.

“I knew I had to get this story out. There’s most likely countless other stories of this happening that are unreported and way more abuses of power,” he said.

“Another black man died today…. If they’re truly working for the public, this wouldn’t have happened. They treated him like he wasn’t a human, but everyone makes mistakes and that’s the point of being human,” Raymond said.

“You have to learn from your mistakes. He didn’t get the chance.”

In 2013, the Supreme Court of Canada ruled that such no-knock warrants could be used in urgent cases. But in February of this year, an Ottawa judge ruled that one woman’s charter rights were violated by police in a dynamic entry. Superior Court Justice Sally Gomery said that “police cannot operate from an assumption that they should break in the door of any residence that they have a warrant to search.”

“The misconduct was serious because it was based on a casual disregard for established authority about how search warrants should be executed,” Gomery ruled.

Ertel said the ruling doesn’t appear to have curbed the use of surprise raids by the Ottawa police. But the death of Anthony Aust could be a turning point.

“The tradeoff for not losing a little bit of drugs because it could be flushed down the toilet and endangering people’s lives is not a tradeoff the courts would condone.”