As COVID-19 case numbers grow across Manitoba, there's a spike occurring south of Winnipeg in Steinbach that has health-care workers and residents deeply concerned.

In a city just 50 kilometres from the capital, hundreds of people are sick with the virus. There are outbreaks in six personal care homes and assisted-living facilities. Twenty-five people in Steinbach and the surrounding area have died since the start of the pandemic, a provincial spokesperson said Saturday.

"When I heard that Steinbach [health district's] 10-day positivity rate was 40 per cent, I gasped out loud," said Dr. Gigi Osler, an ear, nose and throat surgeon in Winnipeg who is a past-president of the Canadian Medical Association.

"We have to change our behaviours to get those numbers down now."

Manitoba's chief public health officer, Dr. Brent Roussin, told reporters on Friday that the numbers in the region are disproportionately high, adding that in Steinbach, 30 to 40 tests come back positive every day. 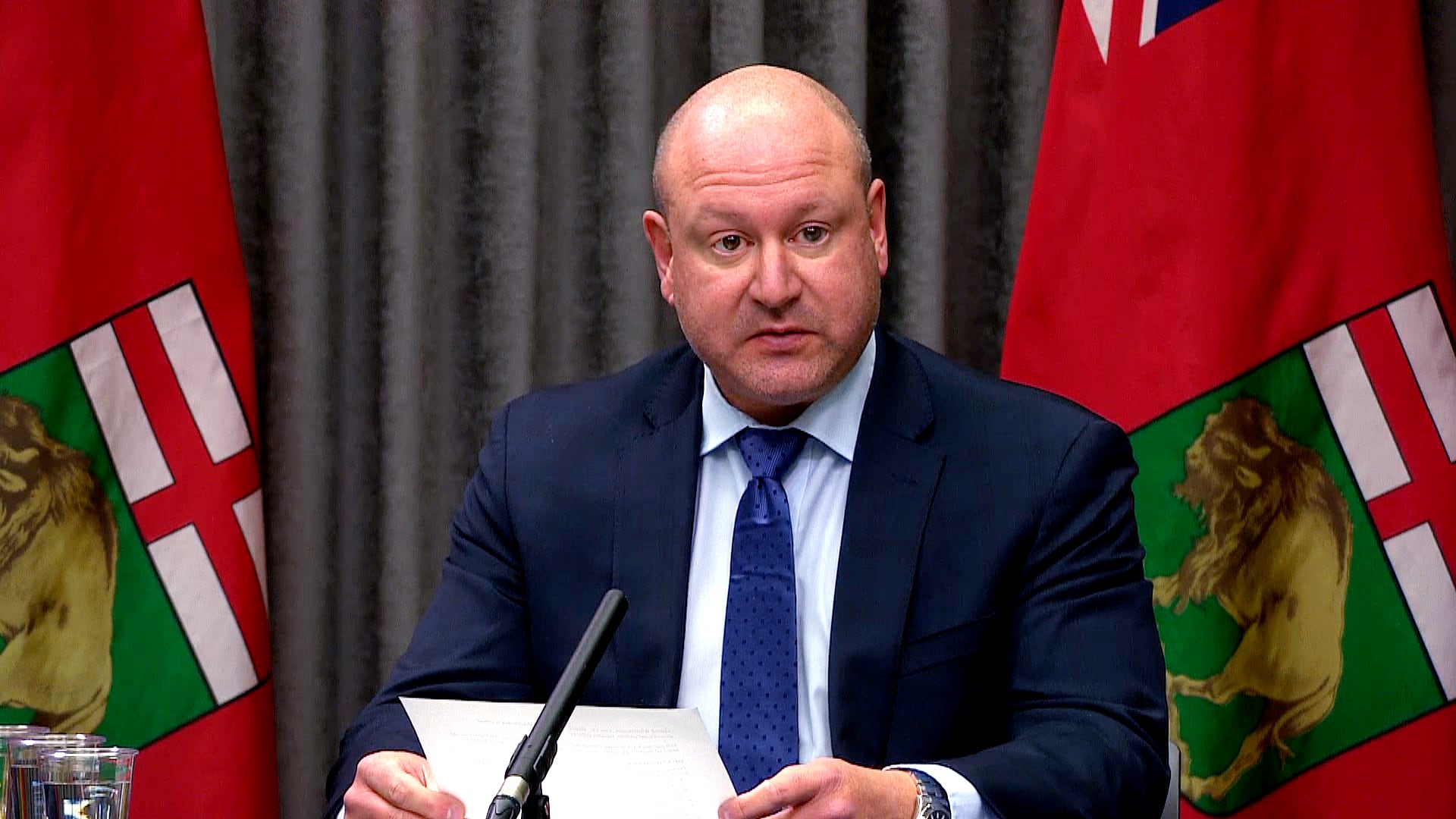 Manitoba’s top doctor urged people in Steinbach, Ste. Anne, Hanover and other communities in the Southern Health region to stick to public health guidelines to reduce high test positivity rates and stop outbreaks in the region.1:55

Osler says those numbers could be even higher because there's only one testing site in Steinbach.

"When you don't have as widespread testing as would be ideal, you always wonder how high the numbers really are. Certainly once you start to see test positivity rates of 40 per cent, it really questions how much spread is in the community," she said.

"The actual number of people with COVID is probably far higher than that…. That does speak to the community needing more testing."

Esther Reimer echoes the concerns of Osler and Roussin, calling the high test positivity rate — which is a rolling average of the COVID-19 tests that come back positive — "unacceptable."

"It makes it real and it helps us to understand that we need to follow the restrictions and to be aware of people who are more vulnerable," she said.

"None of us are enjoying the restrictions. We all wish we could be with our family. But at this point, we have to think of the other people and do what's best for everyone."

Meanwhile, Steinbach resident Hendrick van der Breggen believes some people in the area had a false sense of security and let their guards down when it came to practising the essentials of physical distancing, wearing a face mask and keeping contacts outside of their households to a minimum.

Now people in the area are facing those consequences, and it's worrisome, he says.

"I have some underlying health conditions," he said. "I had some mini-strokes a few years ago and some heart issues. So it is a concern, it really is."

"It's disheartening. [The test positivity rate] is very high and we have a lot of work ahead of us, but I do believe we can bring it down," he said.

A week earlier, more than 100 people — some of which came from out of town — gathered in Steinbach to protest public health restrictions. Some were verbally abusive to provincial officers who handed out fines, leading Premier Brian Pallister, Roussin and many others to publicly condemn the protesters' actions.

Funk says the actions of the protesters is not an accurate representation of the citizens of his city.

"Driving down Main Street hurling insults, that's not the Steinbach I know," he said. "The heart of Steinbach is generous, it's giving and it's caring."

The mayor believes the bulk of people in the city are abiding by public health rules.

"Every time I see someone, they've got a mask on, they're doing what they need to do," he said.

There's no word from public health officials on whether more testing sites are coming to Steinbach, but Funk says he'd welcome them.

"We shouldn't be waiting to know what the actual positive rate is. Now is the time to start isolating at home, only going out for essential trips and if you have to go out, wear a mask." 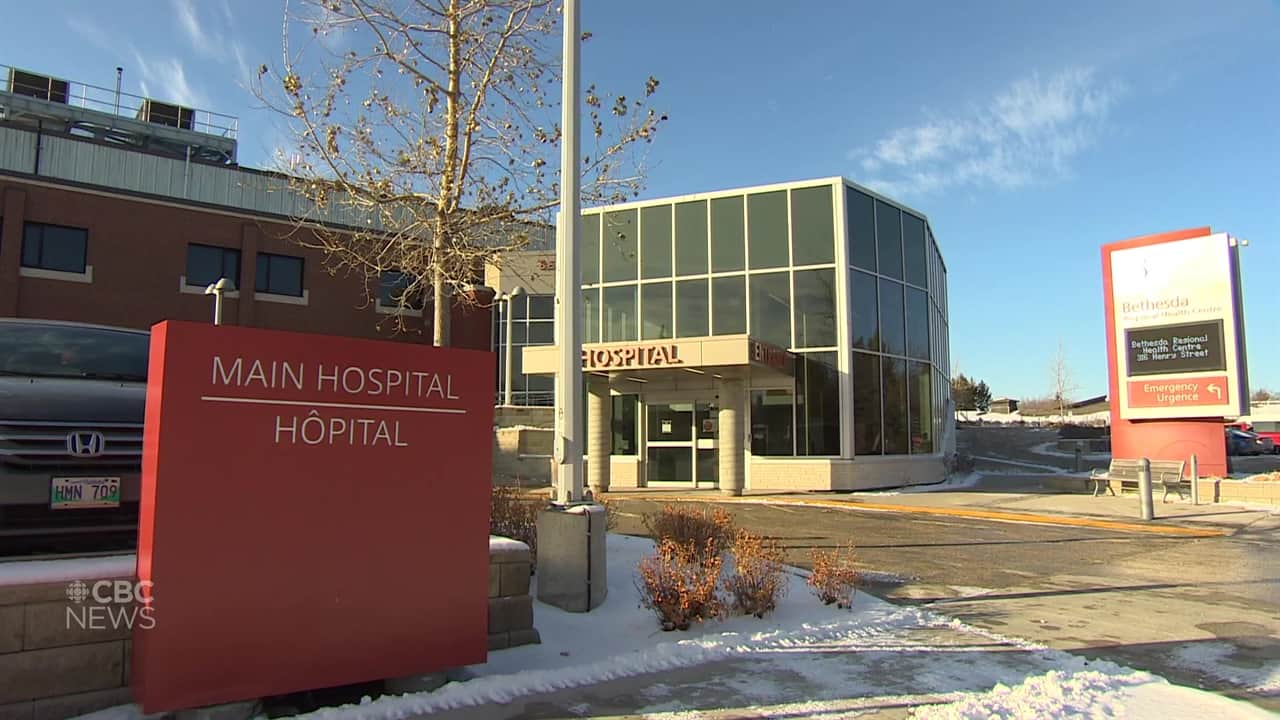 Manitoba is reporting 387 new cases of COVID-19 Saturday. Ten more people have died from the virus. And as CBC's Austin Grabish shows us, COVID is now spreading outside the province's capital at alarming numbers.2:13

With files from Austin Grabish