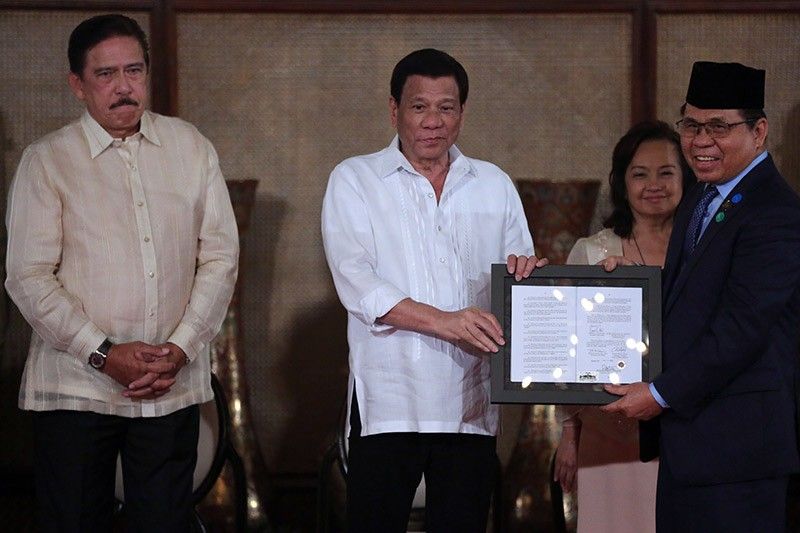 MANILA, Philippines — President Rodrigo Duterte backs the extension of the Bangsamoro Transition Authority (BTA), but stresses that Congress needs to amend the law for this to push through, Malacañang said Thursday.

“He said he will help to amend the law, but those from the BARMM (Bangsamoro Autonomous Region in Muslim Mindanao) would need to coordinate with lawmakers,” presidential spokesperson Harry Roque told a news briefing.

The Bangsamoro Organic Law, which created the BARMM that replaced the ARMM, the BTA will be immediately dissolved upon the election of the chief minister under the first parliament.

The first elections for the Bangsamoro government is scheduled to be held alongside the national elections in May 2022.