Hundreds of women notified of class-action suit against Samson Cree

Hundreds of Indigenous women are being notified that they’re part of a new class-action lawsuit that challenges decades of discrimination they have faced from their own First Nation.

Four decades later, Bruno’s pursuit of justice could benefit more than 400 Indigenous women and their children in similar circumstances.

They’re being notified this month that they are part of a new class-action lawsuit that challenges decades of discrimination they have faced from their own First Nation.

“It shouldn’t have had to come down to this for me to have to sue my own band,” Bruno told CBC News. “I hope in future situations that it can be prevented.”

Bruno, 39, grew up on the central Alberta reserve of Pigeon Lake 138A. It is a satellite community of roughly 500 residents and few services apart from an elementary school and recreation centre, and is partly governed by Samson Cree, 70 kilometres away.

Oil and gas reserves at Pigeon Lake have generated billions of dollars in revenue for Samson Cree but Bruno says she was denied her fair share of payments distributed to band members.

“That’s when I decided to fight for it, to get what was rightfully mine,” Bruno said. “It’s not this chief and council I feel betrayed by, it’s the past ones.”

Her 14-year court battle is rooted in the discrimination against Indigenous women under the old Indian Act, which sought to assimilate Indigenous people through enfranchisement. Unlike men, women who married a non-status person lost Indian status, band membership and its benefits. 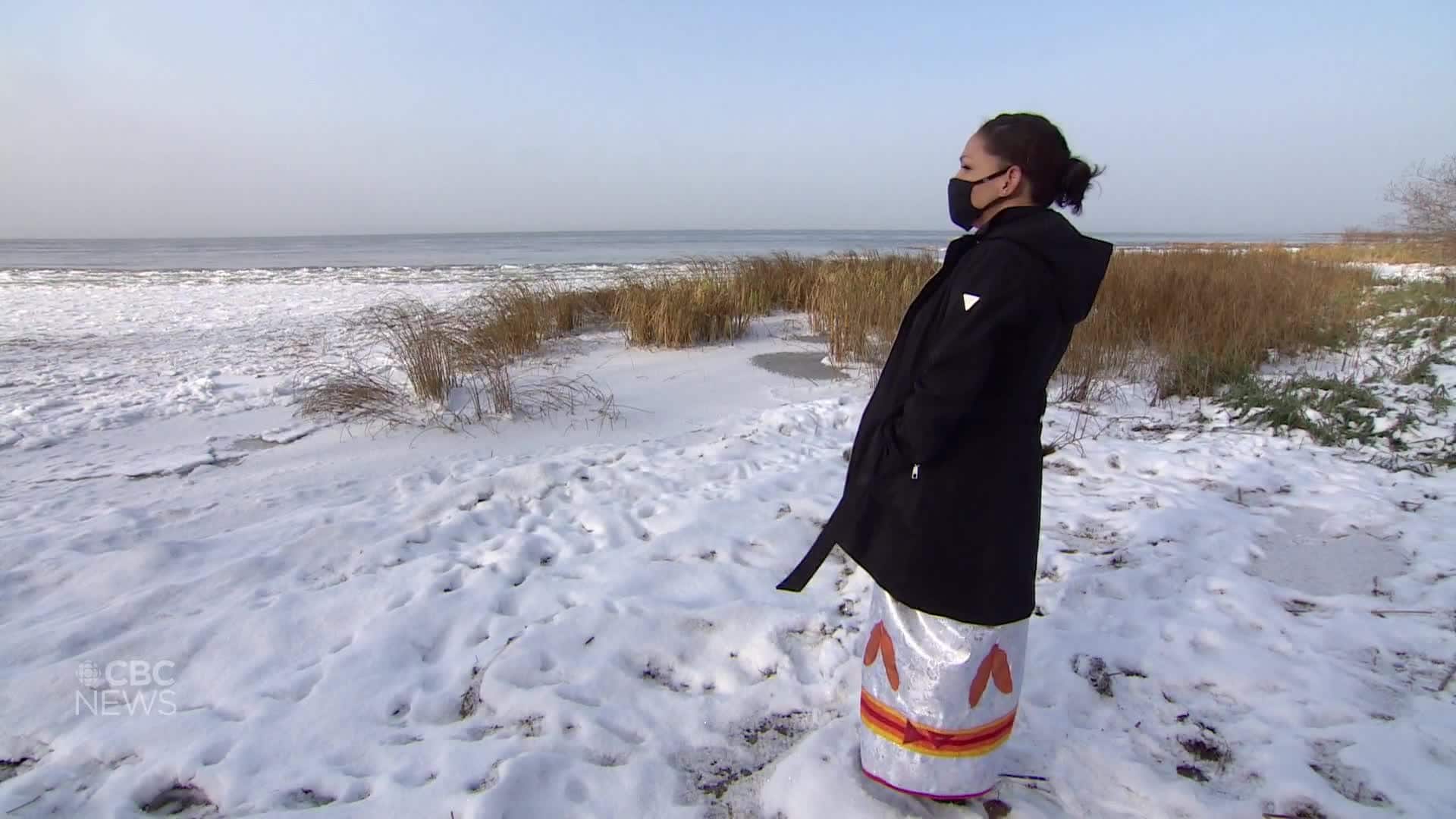 Bonnie Bruno’s mother lost her Indian status and membership with Samson Cree Nation when she married a non-status man. Now Bruno’s legal battle could benefit hundreds of others.

In 1985, the federal government aimed to resolve that inequity through Bill C-31. The controversial amendment retroactively restored registered status to enfranchised women.

Like many bands, Samson Cree does not recognize the legislative change. Samson Cree argues that the unilateral move infringes on its Indigenous right to self-government.

On Aug. 31, Alberta’s Court of Queen’s Bench confirmed the constitutionality of Bill C-31 and authorized Bruno’s case to proceed as a class action.

The ruling also deemed illegal hundreds of contracts signed mostly in 1995 offering band membership in exchange for any claim to past payments.

“The Samson nation took the law into their own hands to deprive these women of the very protections that the legislation intended for them to have,” Tinkler said. “They need to begin a reconciliation process on this issue, and it won’t happen until they can get accountability from the nation.”

In a statement of defence filed on May 31, 2016, the band denied all allegations and challenged the constitutionality of Bill C-31.

In an email to CBC News, Tibor Osvath, the lawyer representing Samson Cree, said that by 1995, the First Nation had recognized virtually all individuals who qualified for membership under Bill C-31 and afforded them full rights.

Samson Cree will challenge the ruling at the Alberta Court of Appeal in June 2021.

In a spacious new home on the Enoch Cree Nation where Amanda Lightning lives with her husband and children, a black and white photo hangs on the living room wall.

It shows Lightning’s beaming grandparents in their youth, his arm slung around her shoulder.

Lightning’s grandmother Maria was stripped of her Indian status and band membership at Samson Cree Nation after marrying Samuel Bruno, who didn’t have status.

Lightning said that when her kokum lost her status, the effects trickled down through the family, leaving the next two generations to struggle with poverty, addiction and homelessness.

Forced to live off reserve, Lightning said she had to “assimilate to the colonized culture of city life” in Edmonton — fitting into neither world.

“I felt very lost, hopeless and alone during that time,” said Lightning, 37. “I am only now beginning to make those connections again.”

After completing her degree in social work, Lightning plans to devote her work to intergenerational healing. The legal ruling affirms her resolve to break the cycle.

The August ruling overturns an earlier decision rejecting a class action on behalf of the same group of plaintiffs, upheld on appeal to the Federal Court of Appeal.

The decision could also set a precedent for other bands that refuse to recognize membership of people who regain status through legislation such as Bill C-31.

“It’s going to have a ripple effect across more than Samson Nation, for sure,” Tinkler said. “The membership may be entitled to pursue class proceedings against their First Nation.”

In 2019, the final provisions came into force of another legislative amendment aimed at tackling remaining inequities of the Indian Act. In response to Bill S-3, some First Nations tightened their membership criteria.

The Native Women’s Association of Canada said the court decision is another step in protecting the rights of Indigenous women.

But ultimately, said NWAC lawyer Adam Bond, a holistic approach is needed to address the ways the Indian Act discriminates against women and infringes on the rights of Indigenous peoples.

“We need to have a wholehearted and genuine approach to eliminating these types of discriminations,” Bond said.

Previous Michele Gumabao appeals to pageant fans: Stop spreading lies and fake news
Next How to catch a ‘tikbalang’