Home / Around Canada / Job market recovery from COVID-19 slows in October, with only 84,000 new jobs

Job market recovery from COVID-19 slows in October, with only 84,000 new jobs

Canada’s job market added 84,000 new jobs in October, a better figure than expected but one that means the economy still has more than 600,000 fewer paid workers today than it did in February, before COVID-19 struck.

That’s the lowest monthly jobs number since the recovery started in May, but slightly better than the 75,000 jobs that economists, on average, were expecting.

Statistics Canada reported Friday that most sectors of the economy added jobs, except the accommodation and food services industry, which shed another 48,000 — mostly in Quebec, because that province was the first to reimpose lockdown measures on the restaurant industry during the month. “Further declines are likely to follow with similar restrictions also imposed elsewhere (including in Toronto and Ottawa) since then,” Royal Bank economist Nathan Janzen noted. 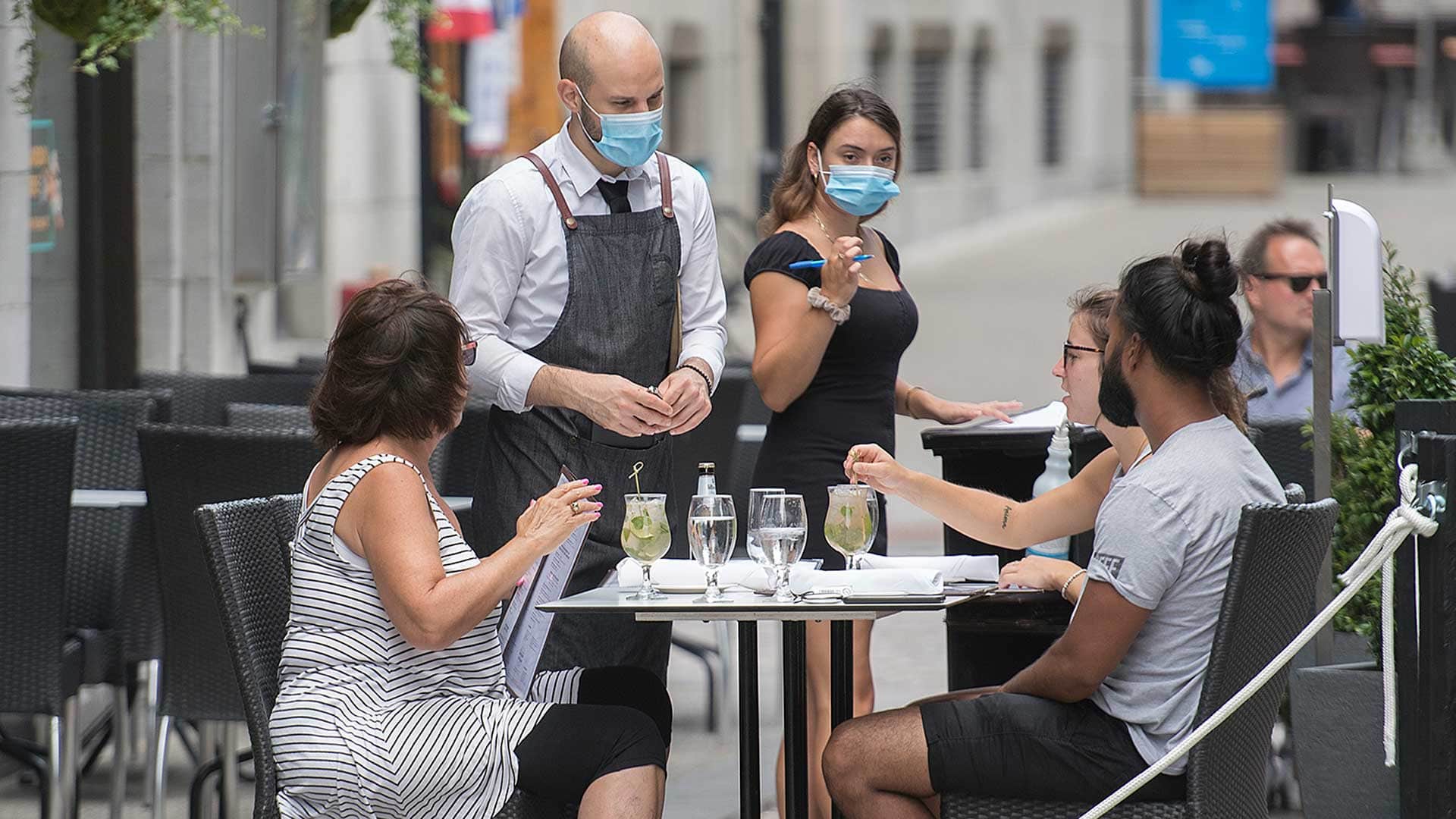 With surging COVID-19 cases, three areas of Quebec, including Montreal and Quebec City, will become “red zones” on Thursday for 28 days, meaning bars and theatres will close and restaurants will revert to take-out only.

Under normal circumstance, a gain of 84,000 jobs would be a strong showing, but the monthly figure comes as the economy is trying to recover from the three million jobs lost in the first two months of the pandemic. Economist Sri Thanabalasingam with TD Bank described the October job numbers as “the first bump on the road to recovery for Canada’s labour market … What was leaps and bounds early on, are now baby steps.”

The data agency said the jobless rate held steady at 8.9 per cent as there are 1.8 million Canadians who are officially classified as unemployed — which means they would like to have a job, but can’t find one, a definition that excludes retired people, many students, and stay-at-home parents.

The jobless rate, meanwhile, was 5.6 per cent in February.

An additional 540,000 people wanted a job during the month but didn’t look for one, which means they don’t meet the data agency’s requirement to be considered officially unemployed. If those people were included in the numbers, Canada’s jobless rate would leap to 11.3 per cent.

The 1.8 million officially unemployed figure compares with the less than 1.2 million who were jobless in February.

More than one quarter of those deemed to be officially unemployed have been jobless for at least six months. The increase in that group of so-called “long-term unemployed” people is “by far the sharpest recorded” since 1976 when comparable record-keeping began, Statistics Canada said.

On top of the number of people still jobless, Statistics Canada said there are an additional 433,000 people who have a job, but are working less than half the amount they normally do because of the pandemic.

And almost one quarter of part-time workers — 826,000 people — said that they would rather have full-time work, but can’t find it.

“The nicely paved road to recovery is a thing of the past. The path forward is riddled with potholes and speed bumps,” Thanabalasingam said. “Buckle up for a bumpy ride.”

Previous CEB refunds P2.7 B for cancelled flights
Next A Gillian Flynn remake, and 3 on Netflix: Streaming this first weekend of November