Parcel delivery companies are trading trucks for bikes in some Canadian cities. Here’s why

The Black Friday, Cyber Monday, pre-Christmas pandemic online shopping frenzy calls for huge fleets of trucks and vans to deliver those gadgets and gifts. But those road-clogging, polluting vehicles are starting to give way to a greener, more efficient option in some Canadian cities: e-cargo bikes and trikes. 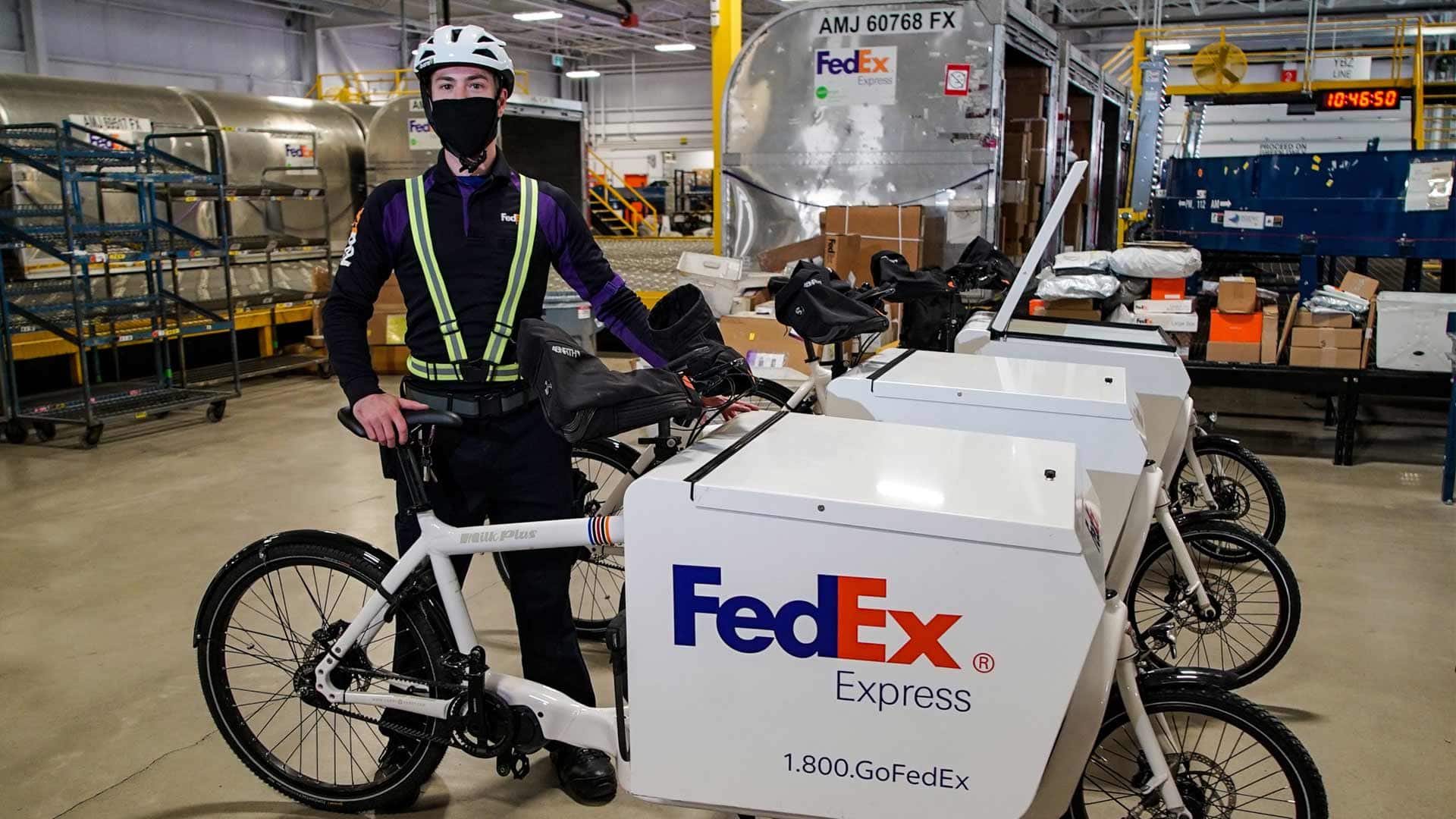 A pilot project in downtown Toronto is testing e-cargo bikes for FedEx deliveries. The idea is to reduce carbon emissions from all those trucks on the road making deliveries for Canadians’ online purchases during this pandemic, while also reducing companies’ delivery costs.

FedEx started delivering packages in downtown Toronto using e-bikes over the summer and is now looking to expand the program to other cities in Canada.

Purolator and two smaller courier companies are part of a similar pilot called Project Colibri that launched in Montreal last year. Purolator has since expanded its bike fleet from one e-bike to six or seven, and Project Colibri has ramped up to 5,000 e-bike deliveries a week — nearly as many as it made over the last four months of 2019.

They’re some of the bigger companies trying a technology that smaller firms, such as Shift Delivery in Vancouver, have already pioneered in Canada. It’s a trend that’s already well underway in Europe and has also started in the United States.

The problems that e-bikes solve

Why the move toward delivery e-bikes? Because as online shopping grows, the impact of deliveries by trucks and vans become bigger problems. Transportation is already the second-largest source of greenhouse gas emissions in Canada, after oil and gas, accounting for 25 per cent.

And it’s the largest source in Ontario, where fossil fuel production isn’t a major part of the economy. There, the freight sector already accounted for 10 per cent of emissions in 2019 and was expected to surpass passenger emissions by 2030, according to the Pembina Institute, a Canadian think-tank focused on clean energy.

But online deliveries also have other negative impacts, including:

“We are really tackling all these problems at once,” said Mickael Brard, project manager at Jalon Montreal, the city-funded non-profit organization behind Project Colibri.

Those impacts don’t just affect people who live in cities but delivery companies themselves.

“Parking tickets are a biggie for us,” said Jeff Gilbert, senior manager of operations in downtown Toronto for FedEx. “And then greenhouse gases. So we’re really looking for a new, innovative way for that last-mile delivery.”

“Last-mile” refers to the last leg of the delivery from a sorting centre to the customer’s home or office. It’s a logistically challenging step that can represent 30 to 60 per cent of the cost of delivery.

But e-cargo bikes can overcome some of the challenges that narrow, congested urban streets and scarce parking pose for trucks.

That leads to faster deliveries and higher productivity, he added.

Now that Project Colibri has been running for more than a full year in Montreal, Brard said an analysis shows that an e-bike is 30 to 40 per cent more efficient than a truck in terms of deliveries per hour.

Yuri Mitroff, a FedEx courier in Toronto, recalled the first time he took one of the company’s three e-bikes. The Danish-made Bullets require the rider to pedal to engage the motor, which helps haul heavy loads up hills.

“It was a really, really great experience,” Mitroff said. “It did not feel like work to me, which was the biggest thing. And I got a lot of exercise and a lot of vitamin D, a lot of sunlight.”

Their success so far has prompted both FedEx and Project Colibri to plan for expansions.

FedEx has already ordered 40 more e-cargo bikes for the spring and is looking to roll them out not just in Toronto but in Montreal, Vancouver and possibly Ottawa, Gilbert said.

Project Colibri, which is using an old bus depot as a loading and distribution hub in Montreal, hopes to add two or three more mini-hubs and invite more companies to get involved. Brard estimates five to 10 mini-hubs could cover deliveries for the entire city.

But both projects say they face challenges. For one thing, the pandemic has caused a worldwide bike shortage.

“One of the problems for us was actually getting the bikes for the expansion,” Gilbert said. 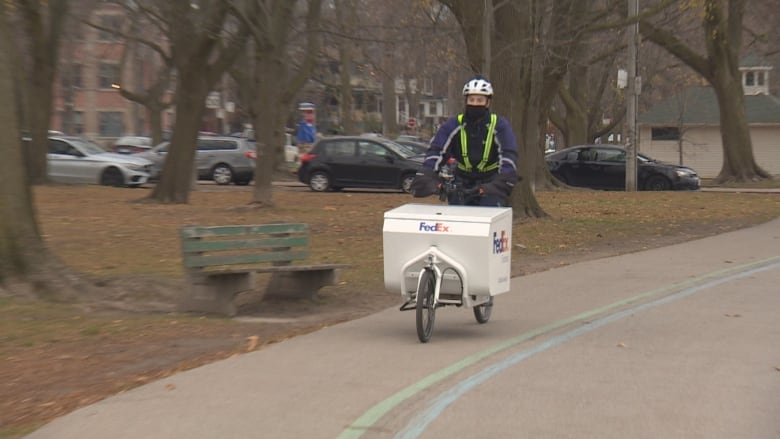 “They are expensive to not just import, but also to service and maintain at this time,” he said.

He suggested a number of ways that governments could encourage the use of e-cargo bikes:

Hubs, such as the one used in Project Colibri, are also “critical” infrastructure, Starr said, and require partnerships between governments and businesses.

“It can’t just be done by the private industry,” he said. “It really needs public collaboration.”

2020-11-27
AtinitoAdmin
Share
Previous This handy powder blush will make you look fresh and blooming all day!
Next Northern First Nation sees new public housing as a way to ‘take back sovereignty’